The Managing Director and Chief Executive Officer, Jakys Limited, Mr. Henry Muogho, in this interview with Sunday Ehigiator, speaks on the move by his company to solve the lingering problem of congestion at Apapa ports, through the establishment of a bounded terminal and new Jetty set to be inaugurated in April

How did this vision start?
I worked with Ibru Organisation for over 40 years, and retired few months ago. Prior to my retirement, i conceived an idea of how to tackle the traffic gridlock and the monster of bridges being used as holding bays for trucks and containers in Lagos State. Based on this, I acquired two plots of land initially at Ijegun waterside, with the hope of using it as a tourist attraction centre. However, based on this gridlock, the idea then occurred to me to acquire other lands and use it as a way of barging containers from the port to Ijegun. Driven by this, I went to the community, which is Liverpool Estate (Zone 2) to brief them of my intention and asked them what they will need. And they made it clear that they don’t want tank farms at the other side of Ijegun was already being used as petroleum tank farms, but what would add value to their community which is what I also wanted. They likewise told me they needed a road, and they gave a budget which was between N35 million and N75 million. They also requested that, I meet with the larger community, which is Satellite Town forum. I went to them as well to inform them of my intentions. We then entered into a memorandum of understanding (MoU), and then the road was constructed with a little over half a billion naira. Then, as the terminal was being done, I looked for a partner and found partnership in a shipping company, who are to represent the interest of an ‘off-taking shipping company worldwide.’ I told them that the only condition that I would give them the Jetty was for them to have a truck park, where all trucks coming to load would be at the truck park. So the nuisance value is outside the truck park somewhere around the Trade Fair area. They agreed and hence acquired that land. I also informed them that I don’t want public trucks coming to the Jetty. Hence, they also acquired a bonded warehouse along the Old Ojo Road. Therefore, it’s only their trucks that would be coming in tens at a time, to pick up goods. Hence, what this means is that, the Jetty is an extension of the port, to carry in containers with goods and also take empties through barging.In so doing, Apapa traffic gridlock would be reduced while the bridges which are currently being used as truck parks would be saved from collapse, the wear and tear of our roads would be reduced drastically more lost hours would also be saved. More so, the pollution and the noise would also be reduced, so people can go about their businesses in a more conducive environment. I hope this model would be adopted by the regulators and encourage it on other terminals and tank farm operators. More often than not, operators often claim that they have truck parks and holding bays that don’t exist.

How is this model expected to work?
So it is expected that holding bays and your truck parks must be within same vicinity. In other words, it is a triple plan project. The Jetty is like a triple Jetty, thus we have a bonded warehouse, and then the truck parks. Operationally, all trucks coming in would end in the truck parks. Therefore, there is a call-up system from the truck park to the bonded warehouse. There is also a call-up system between the jetty and the bonded warehouse. Thus, it’s only the ‘Off-Taking Shipping Company’ trucks that are allowed to come in. In furtherance to this Jetty model, we have another MoU with the community that regulates the working hours of the trucks. There is also the post-construction maintenance agreement. This covers how the road would be maintained and sustained. So far, everything has been working very well. Hence, it is just a value chain of our contribution to the Nigerian economy, to help reduce the menace of the traffic gridlock in Apapa and its environment.When the terminal becomes fully operational in March, and the Marwa road is expanded, the traffic volume on our roads would be reduced by not less than 50 per cent. While using the bridges as holding bay would no longer be happening as there would be no need for that any longer. On the other hand, when other companies do same thing, the gridlock would be totally eliminated, bridges saved, money spent by Government for road maintenance would reduce, and the suffering Nigerians are subjected to on a daily basis would be eliminated completely.

What is the role of the Nigerian Ports Authority (NPA) in this system?
All water ways in Nigeria belong to the federal government and as a result, the federal government uses the Federal Ministry of Transport, which controls Nigerian Inland Water Ways (NIWA) and Nigerian Ports Authority (NPA). Practically to build a Jetty first and foremost, you would have to first write to NPA, stating your intentions to construct a Jetty and request their guidelines. Thus, NPA will come and inform you of the guidelines while they also carry out their due diligence. Upon the fact that you are qualified, you would be assigned an Engineer to be monitoring the process. Far more than that, there is what is called an Environmental Impact Analysis (EIA) which is very important. The Federal Ministry of Environment conducts an EIA, which takes about a year. Then we publish our intentions in two national dailies and radio. Afterwards, the federal government then comes in to do the necessary approvals which also come with various conditions, and all these we went through to be in compliance with statutory institutions.

Aside decongesting Apapa, what other value would this add to the populace and the country’s economy?
Aside from decongestion, the project is meant to generate employment for the youth and increase commercial activities. More so, before now, there were no roads at all in the locality, but through this project, this place has now become semi-urban. The value of the area has gone up. We sand filled about 10 alternative roads for the community. We gave community money to complete an alternative bridge in the event that trucks are coming in, the community members can have an alternative route to use. The community roads were completely waterlogged which we sand filled. While the state government also came in to certify that what we did is value added to the community, by ensuring that the drainage we constructed for the community were in compliance with the state requirements. We also did other drainage that runs to several millions of naira, to evacuate all the waters to the lagoon. As of today, we have successfully tackled the problem of flooding in the whole area of where we operate in Liverpool Estate. We are also creating vibrant economy. As ports gets decongested, importers and exporters now gets their goods faster, instead of having them stay a day more and paying demurrage. Our priority is purely to decongest the ports, our roads and add value chain to the shipping industry.

What is the length of the road?
The road is about a kilometre long and done with interlocks. We have to dig almost 1.5 meters to excavate glasses and all sorts of wastes, before importing foreign soil to sand fill the road, before working on interlocks and the drainage, which are all covered with walkways.

What is the current capacity of the project?
The size of the terminal is about 32,000 square-meters. If properly stacked, it can accommodate over 4,000 containers, and over 25 trucks loading at the same time.

What is the estimate of the employment rate of this project?
It is enormous, as you know, the shipping industry is a fast growing industry. So, we have the people doing barges, which are enormous, we have the barge drivers, tally clerks, security, etc. And then, if we have someone for example, who gains employment in a household, the multiplier effect in that house is more than five. In the community itself, the sweepers are there, some of the managers are there as well. Hence, the banking sector, restaurants, hospitality companies etc are not left out from benefiting from this project.

What is the cost of this project?
For all jetty constructions, the capital is always intensive. Ijegun is a muddy area. We had to sand fill, and ensure that everything that was used in building it was standard. Lafarge was used, and interestingly, all the engineers and contractors are local engineers, certified and working with foreign experts, who made the design. But it was executed and managed by local engineers which is a very good development. But it is expensive, we used concrete piles instead of sheet pile or steel sheets, and they were done to institutional regulatory standards. However as at today, the project is still ongoing and we can’t ascertain cost yet. But the cost is huge.

What were some of the challenges encountered in the course of setting-up this project?
First was financial cost. I had to go looking for ‘Off-taking Shipping Company’ as I could not bear the whole financial cost. The second challenge was community demands. Then some challenges from foreign exchange rate because building a jetty means that some of the materials that will be procured would be imported, and they have foreign exchange component. Hence, any time there is distortion in foreign exchange, the cost appreciates and this distorts your budget.

How can government encourage more of this?
The processes of acquiring land in this country is enormous, also is the process of getting bank facility. Thus, when people have idea of this nature on how to add value to the economy, government should assist by creating a bank intervention fund that will help to sought facility for them, due to the fact that lands in water front are always expensive. The processes of getting loans from banks is not easy and more often than note short term loans are applied toward capital project and this is suicidal. 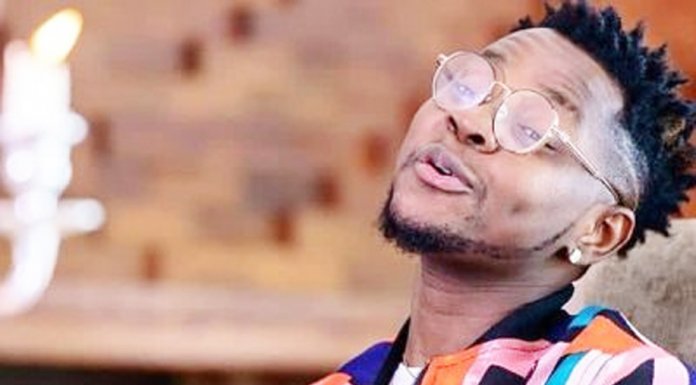 INEC: AAC Did Not Submit Nomination for Edo Guber Election