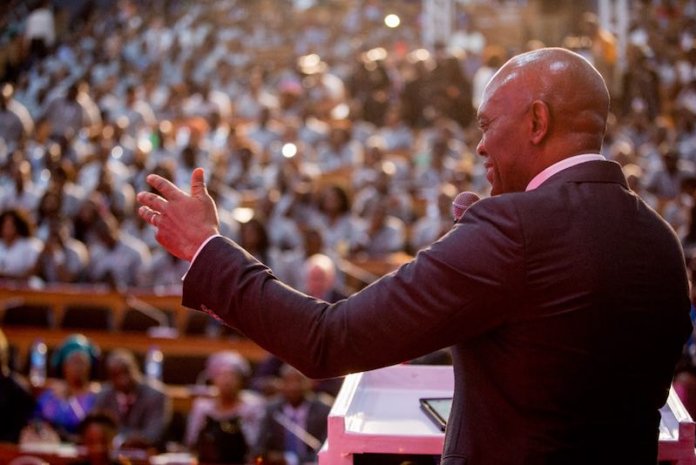 Embracing Africapitalism which focuses on creating an enabling environment, providing the required infrastructure for private sector participating in the economy will go a long way in repositioning Africa, writes Obinna Chima

The COVID-19 pandemic is assuming a frightening dimension as it continues to spread across the globe. With over 400 confirmed cases worldwide as of yesterday, with 40 from Nigeria, the deadly disease has caused far-reaching commotion across the world with the global economy projected to slip into a recession this year.

The outbreak of the virus has caused significant disruptions to global supply chains.
For instance, a report from Dun & Bradstreet showed that 938 of the Fortune 1000 companies have a tier 1 or tier 2 supplier that has been affected by the virus. It has also exposed market vulnerabilities.

Beyond the disruption in the global supply chain, the virus has seen countries restrict movement of persons across their borders, suspension of flight operations, among other protective measures to halt the spread of the virus.

This development has also exposed the fragility of globalisation as countries are now fashioning measures to be self-sufficient.

“Worsening economic inequality has called into question the capacity of economic globalisation to lift all boats in a rising tide. Even the IMF has acknowledged the pernicious impact of this inequality (but without engaging in the necessary institutional overhaul to address the problem).

“Finally, a slowing of global economic integration over the last decade suggests that the world may already have passed peak globalisation.

“On top of these systemic challenges, a rising political populism has targeted the global economic elite as the enemy of the people,” John Feffer, a director of Foreign Policy in Focus at the Institute for Policy Studies, wrote in a recent article.

The foregoing has also brought to the fore the need for African leaders to, more than ever, start looking inwards by designing policies that would ensure their economies are self-sufficient.

Prior to the outbreak of the global pandemic, on daily basis, thousands of migrant Africans who are mostly youths, go through harrowing experience as they try to enter into Europe and other continents in search of greener pastures, in order to get out of what they view as the excruciating poverty and bleak future of the continent.

This may no longer be the case as countries may be inclined to sustaining measures that would prevent their citizens from future occurrences of the present ravaging disease.
Empowering African entrepreneurs in the continent will therefore be essential for the continent’s development and commentators believe there is need to now embrace ‘Africapitalism.’

The Chairman of Heirs Holdings and the United Bank for Africa Plc, Mr. Tony Elumelu had introduced the phrase ‘Africapitalism,’ an approach to business that creates wealth and in which philanthropy can be used to create value.

Africapitalism is also an economic philosophy that embodies the private sector’s commitment to the economic transformation of Africa through investments that generate both economic prosperity and social wealth.

Elumelu, who is also the founder of the Tony Elumelu Foundation (TEF) argues that Africa’s renaissance lies in the confluence of the right business and political action and had proposed job creation for the youth, inclusive growth, and gender diversity as priority areas for Africa’s development agenda as well as to achieve peace and stability in the continent.
Elumelu, has consistently advocated that Africa’s private sector can and must play a leading role in the continent’s development.

This concept, as enunciated by its increasingly expanding literature, includes: emphasising entrepreneurship that will unlock the powers of individuals to create and grow their business ideas into successful companies; long-term investment, and especially in strategic sectors; conducting investments and business activity in a manner that delivers financial returns to shareholders as well as economic and social benefit to stakeholders; and facilitating intra-regional commerce and trade through the development of national and cross-border physical infrastructure, and the harmonisation of policies and practices, among many others.

Africa is one of the fastest growing continents in the world. The continent growth profile is among other things, driven by its rapidly expanding consumer markets as well as its private sector.
Nevertheless, Africa’s share of world trade remains low with a very small fraction of global foreign direct investment flows.

From Lagos to Nairobi, Accra to Lusaka and other major cities in the continent, with innovations in the mobile payment space, e-commerce, technology, agriculture and other critical sectors of the continent, the promoters of Africapitalism strongly believe that African youths, if given the required support can compete with their peers in the global market.

He, however, said he was optimistic about the future of the continent.
He described small and medium scale enterprises (SMEs) as the engine of growth in any economy because of their ability to create employment.

“I am a bit concerned about the challenges that stare us in the face and we must do something now or it will be very challenging. The major thing is unemployment. It is a major challenge in Africa,” he had explained.

He also noted that a survey had shown that the continent requires about 200 million jobs, a gap the TEF has been striving to fill.
“So if we succeed in creating the enabling environment, SMEs would do well. If we succeed in providing access to electricity as we are doing, SMEs will do well.

“If we succeed in bridging access to finance to SMEs, they will do well and as they do well, there would be a direct correlation with creating wealth for Africa. So to us, the future is good, but we need to do something about unemployment,” he added.
In 2015, the TEF Entrepreneurship Programme, a $100 million commitment to empower 10,000 African entrepreneurs over 10 years was launched.

Building on the programme’s success and its unique ability to identify, mentor and fund entrepreneurs across Africa, the Foundation is increasingly sharing its delivery platform and working in partnership with institutions such as United Nations Development Programme, the African Development Bank, the International Committee of the Red Cross and GIZ, to create meaningful and permanent impact across Africa.

The programme is inspired by three guiding principles: the inclusive economic philosophy of Africapitalism, based on the belief that a vibrant African-led private sector is the key to unlocking Africa’s economic and social potential; commitment to drive African economic growth through the empowering of African entrepreneurship; and a mission to ‘institutionalise luck’ by creating an environment where African entrepreneurs can get critical elements of support in the early stages of their business life.

“The opportunity and challenge in Africa is scale – in our people, our resources and our horizons. In my business and philanthropic journeys, I have always sought ways to help inspire a generation across our continent. This programme brings together my own entrepreneurial experience and my fundamental belief that entrepreneurs – women and men across Africa – will lead Africa’s development and transform our futures,” Elumelu added.

Since its inception, the TEF has empowered African entrepreneurs across the continent with a $5,000 non-refundable seed grant, a bespoke training programme designed specifically for the African environment and access to a dedicated group of mentors, significantly contributing to economic growth, job creation and revenue generation.

Strategy for Africa’s Transformation
A former Deputy Governor of the Central Bank of Nigeria, Dr. Kingsley Chiedu Moghalu, in his book: “Emerging Africa,” noted that Africa must come out of the mental laziness that aid has created in many parts of the continent.

He argued that no African country, however poor, can hope to escape the poverty trap if it continues to rely on foreign aid, even as he stressed the need to encourage entrepreneurship.

“Africa needs an endogenous growth model in which it manufactures goods for its own markets as a first foundation, spreading out regionally from that base and emerging as an economic power in its own right through competitive advantage.

“One way to do so is to invest heavily and simultaneously in job-creation strategies and in education systems that will create skilled workers to take opportunities that will be created by expanding economies,” Moghalu stated.

Also, President Nana Akufo-Addo of Ghana, had underlined the importance of galvanising the broad entrepreneurship eco-system, calling on public sector representatives to encourage, support and replicate the work of the TEF in their respective regions.

Akufo-Addo had said: “Nothing is changed or developed on its own. People must get up, speak, have discussions and change the dialogue.”
Therefore, African leaders should see this global pandemic as the pathway to Africapitalism by providing incentives to entrepreneurs.