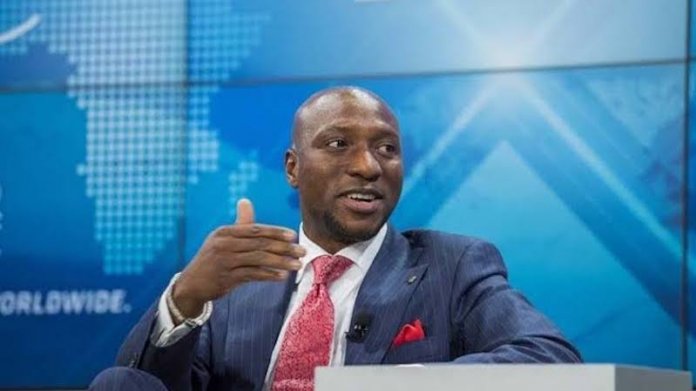 The court-ordered meeting as well as an extraordinary general meeting of the Nigerian Stock Exchange (NSE) holding in Lagos today, will pave the way for the commencement of the process to demutualise the Exchange, thereby unlocking Nigeria’s economic growth potential, THISDAY has learnt.

THISDAY gathered that if the resolution is passed at the meetings today, the demutualisation process will lead to the conversion of the NSE from a company limited by guarantee, to a company limited by shares. It will also be re-registered as a company in the name Nigerian Exchange Group Plc.

However, the shares of the NSE would not be listed immediately after the demutualisation, but later. This would be after other documentation and registrations would have been done.
With the process, the NSE would be unbundled and the Nigerian Exchange Group Plc would be a non-operating holding company.

Under the holding company, there would be subsidiaries, which would include the operating Exchange. When the process is finalised, the Exchange would be known as The Nigerian Exchange Limited and its regulatory powers would be removed.

It was also gathered that at the end of the process, a new regulatory company, NGX Regulation would be created to provide regulatory services to the operating Exchange, pursuant to an agreement.

The Chief Executive of the NSE, Mr. Oscar Onyema, told THISDAY yesterday that some benefits would accrue to the stock market once the process is finalised.
He explained that it would bring about the diversification of the financial system.

“As you know, with a more agile and efficient Exchange, we would have a better capital market that can complement the banking sector, which presently dominates the funding of entities,” he said.
He added that African stock exchanges generally have liquidity challenge, saying that with a better exchange that is agile and more competitive, the liquidity challenges on the Nigerian stock market would be addressed.

This, according to him, would make the market serve the Nigerian economy better.
“The other economic benefit would actually be wealth creation for the general populace.
“Again, if you have a demutualised NSE that is listed itself; that means the general populace can actually buy the shares and benefit from the growth of the Exchange.

“So, because it is listed, it will be better governed and better managed. It will have more flexibility to raise capital. So, all these are expected to support the general populace who are shareholders,” he stated.

According to him, with demutualisation, the branding of the company would improve because it would be viewed as a modernised Exchange with independent directors.
Also speaking with THISDAY, the immediate past President of the NSE, Mr. Aigboje Aig-Imoukhuede, said the process was one that had been under consideration several years before he joined the Council of the NSE.

“Without demutualisation, the NSE will not realise its full potential neither would the capital market. Demutualisation to me is a necessary step towards the Nigerian capital market emerging as a global force to be reckoned with and that is what fueled my own desire to see the fulfillment of the journey,” he added.
He said the process would make the NSE more competitive.

“One of the things that make financial institutions competitive is the fact that they are accountable to shareholders. Another reason is corporate governance.
“So, obviously once you are a company limited by shares and the public for that matter, you are subject to various standards of governance that are attached to companies of that nature.
“So, I can summarise this as, one, competitiveness, corporate governance, and then, of course, access.

“This means that it will introduce new players into the capital market and who will bring significant value particularly international players,” the former Access Bank CEO explained.
He expressed optimism that the exercise would lead the NSE to emerge as one of Nigeria’s best-performing companies in the next 20 years.

“I feel that there is a significant need for innovation in the Nigerian capital market and demutualisation is going to unlock that,” Aig-Imoukhuede said.
Similarly, the President of the NSE, Mr. Abimbola Ogunbanjo, said demutualisation of the Exchange would benefit the economy in more ways than one.

He stated that post-demutualisation, the emerging entities would be subject to companies’ income tax and other relevant taxes payable by for-profit organisations, thereby providing an additional source of tax revenue for the Nigerian government.
Ogunbanjo expressed optimism that it would reinforce the continuous growth and development of a dynamic, fair, transparent and efficient capital market and thus significantly contribute to Nigeria’s economic development.

“The demutualisation of The Nigerian Stock Exchange will surely bring about changes in the market structure with more participants. It will also give rise to improved corporate governance, higher levels of efficiency and lower transactions costs, which will inadvertently attract more listings to the market.

“Furthermore, we expect a general boost in confidence both from investors and issuers resulting from increased trade activities and better opportunities for international alliances and cross border listings. We believe the value proposition associated with demutualisation will encourage more listings.

“Our focus to increase retail participation and protect investors in our market will be unchanged. Retail investors will continue to have access to diversified asset classes for growing wealth and through the Investors’ Protection Fund we will continue to restitute proven cases of infractions but more importantly on artificial intelligence-driven market monitoring system will be sustained. “Ultimately, when the Exchange is ready to float new shares for the investing public, retail investors would be a key consideration for the allocation of shares,” he added.