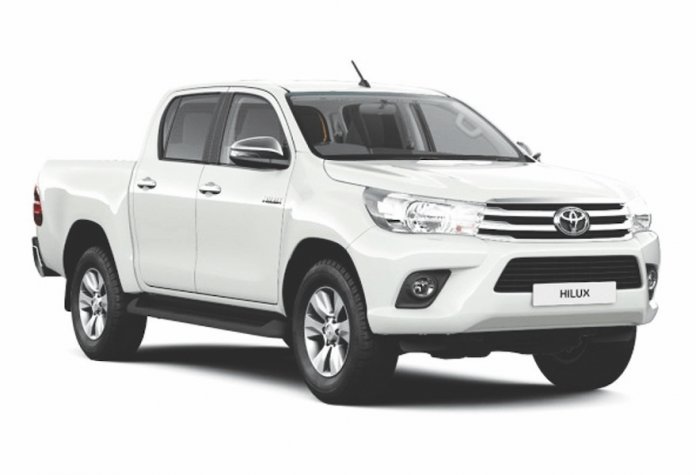 Toyota South Africa Motors (TSAM) has said it registered a total of 3,927 sales in the Light Commercial Vehicles (LCV) segment – claiming a stake of 40.1% in the category – for the tough month of January. Hilux kicked off the year as the best-selling bakkie with a total of 2,681 models, while the legendary Land Cruiser pick-up posted a formidable total of 230 units. Both Hiace and Quantum recorded respectable sales – 777 and 137 units, respectively.

A statement by the automaker said in the passenger segment, popular models such as the Corolla Quest and Etios continued their good run, posting 998 and 622 apiece.

Hatchback sales were also encouraging with the Yaris, Corolla Hatchback and Aygo picking up useful retail numbers of 439, 99 and 72 respectively.

Overall industry sales are subdued as a result of the country’s economic woes. January’s aggregate automotive sales of 39 475 units showed a decline of 3 481 units or 8.1% from the 42,956 vehicles sold in January last year, according to the National Association of Automobile Manufacturers of South Africa (NAAMSA).

The association also confirmed that out of the January sales total, an estimated 32 050 units or 81.2% were courtesy of dealer sales, 13.5% represented sales to the vehicle rental industry, 3.1% to industry corporate fleets and 2.2% to government.

“The economic pressure remains and consumers have continued to be debt-averse.

While Toyota has kicked off the year with a cautious market share of 20.9%, we are thankful to our customers, fleet owners and rental companies for their continued support in these trying economic times.

We are also grateful to our Dealer Network, as well as all Toyota staff, for their sterling efforts in making Toyota such a competitive brand,” says Leon Theron, Senior Vice President of Sales and Marketing at TSAM.

Luxury carmaker Lexus is striving to redefine excellence in customer satisfaction after being rated as the “best of the best” across 41 industry categories in the latest Roy Morgan Customer Satisfaction awards.

Lexus not only headed the automotive industry with a satisfaction rating of 96.8 per cent for 2019, but its score was higher than for the leaders of other sectors including retail, finance, telecommunications, travel and utilities, according to a statement by the automaker.

The accolade for Lexus is the fifth time in six years it has been ranked Car Manufacturer of the Year among customers surveyed by Roy Morgan, and the second time it has been rated as the leader in customer satisfaction across all industry segments.

The results from 2019 mean Lexus has maintained a satisfaction rating above 94 per cent since it first won the automotive title in 2014.

Lexus Australia Chief Executive Scott Thompson thanked customers for their outstanding feedback and paid tribute to the luxury lifestyle brand’s dealers who were instrumental in delivering an exceptional ownership experience.

“As the leader in luxury experience, Lexus is determined to continue to deliver new benchmarks in customer service and satisfaction including significant enhancements to our renowned Lexus Encore owner benefits program in 2020,” Mr Thompson said.

“For Lexus Encore, the best is yet to come – and this year we look forward to enhancing our offering with the addition of even more amazing experiences and valued services for owners of new and certified pre-owned Lexus vehicles,” he said1.

Since the start of 2020, Lexus has combined the convenience and transparency of capped-price servicing with the award-winning Lexus care that anticipates customer needs.

This year will also see the introduction of new Lexus models that attract enhanced Lexus Encore owner benefits, including the dramatically styled Lexus LC 500 Convertible in the second half.

This was followed last month by a January record of 723 sales, resulting in the brand’s market share increasing by 15 basis points compared with January 2018.

The Lexus NX Line was the stand-out performer with 301 sales – also a January record for the mid-size luxury SUV.

Lexus passenger-car sales gained 6.6 per cent over January last year. The mid-size ES 300h sedan achieved its best January since the nameplate returned to the Lexus line-up in 2013.