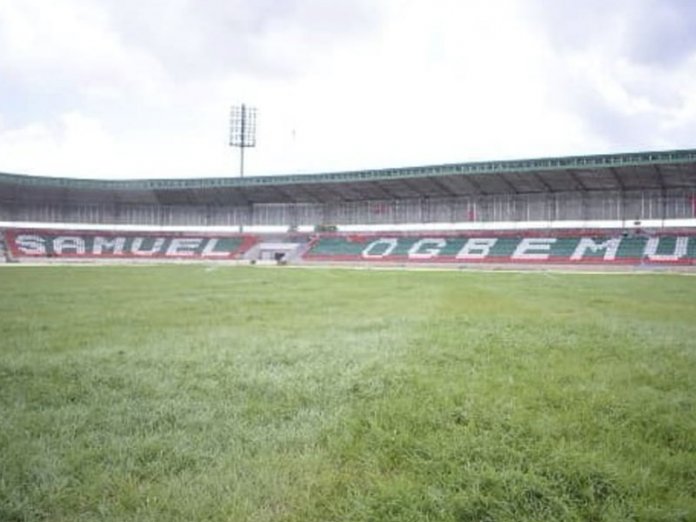 Fifty years after it was built, the Samuel Ogbemudia Stadium has undergone its most transformative reconstruction. Not only is this a worthy tribute to Dr Osaigbovo Ogbemudia, one of the Midwest´s most illustrious sons, it is also a fitting complement to the citizens of the legacy states, who have customarily topped the bill in most sports competitions across the Nigerian federation.  It further acknowledges the rigor of Governor Godwin Obaseki in this area of work. He has personally hosted the reclamation and saved the Samuel Ogbemudia Stadium from regressing into further disrepair. Amaju Pinnick, President of the Nigerian Football Federation, doubtless challenged by the prospect of Nigeria hosting the World Cup, has himself provided considerable ideological impetus to power the upgrade of the stadium.

However the story of the Samuel Ogbemudia Stadium, as indeed that of sports development in the jurisdiction, is multilayered. Even if we allow that the sports revolution in the area can be attributed to many heroes, we will still find no difficulty in reaching the conclusion that Osaigbovo Ogbemudia must take overwhelming credit for the star status the region enjoys in sports.

The Samuel Ogbemudia stadium has historically served as the amphitheater for the sports resurgence in the geographic Midwest. It has itself had different phases and incarnations; it has hosted historic rivalries in football and athletics as in other sports and has also provided opportunities for people of talent to flourish, to shine, and transform the sporting stock of the Midwest.

For those who know the hierarchies of the ancient city, the location of the stadium itself is of some consequence. It is set in Ogbe quarters, the traditional residence of the Oba of Benin himself. This area thus enjoys a unique cultural primacy which confers a special glow and visibility on the sports asset. In Benin City, few entities are better known than the stadium in Ogbe.  The stadium has not surprisingly, proceeded hand-in-hand with the city in its march through history. When the great James Brown, President of soul music visited the Midwest in 1970, it was in the Ogbemudia Stadium that he entertained; when the football maestro Pele, and the Santos football club, visited Benin in 1970 it was in the Samuel Ogbemudia stadium that they played against the Vipers football club. The stadium has also hosted the Ogbe Hard Court lawn tennis competition raising local and international interest in the game.

The stadium is drenched in history and even though it promoted sports and hosted epochal sporting contests under Osaigbovo Ogbemudia, an assortment of other Nigerian men and women also assisted in making the jurisdiction great in competitive sports.  Those who will be remembered with great fondness must include Chief O. N. Rewane, who turned the famous Hussey College Warri into a sports haven, providing a spring board for sporting icons like the legendary Tony Urhobo and Popoola. Urhobo a gifted all-rounder was induced from Government College Ughelli while Popoola, a sprint sorcerer was poached from Awe High School by Chief Rewane. Perhaps one of the most enthralling sporting rivalries that had been hosted in the Ogbemudia Stadium is the pole vault contest which took place in 1967. It was a straight fight between Tony Urhobo of Hussey College Warri and Omoregbe from Urhobo College Effurun. Jump after jump each contestant cleared the bar and sought to establish primacy. The fiber pole had just arrived Nigeria and they may have been the first to deploy it. The contest went on, tension rising high as both contestants engaged  in different theatrics; throwing the vault into the air and aborting  a jump just before lift-off. Light was fading but in the end it was Urhobo who prevailed by a difference of two inches. The stadium rose in applause.

The Ogbemudia stadium has also been famous for producing exuberant football fraternities, and remains outstanding as the home ground of Bendel Insurance.  It won the Challenge Cup in 1978 captained by an iconic player Victor Oduah who died two years ago. Apart from Oduah, the team also contributed Chris Ogu, and Emmanuel Egede to the national team. Since Ogbemudia subsequent administrators have tended to be sports enthusiasts. Governor Jeremiah Useni was one of them and he was a regular presence at the Ogbemudia stadium. He even, famously developed a colloquial intimacy with the fans. On one occasion he arrived the stadium marginally late. One petulant fan shouted “Governor you are late”. Unfazed, Useni retorted “Shat up your mouth”, and in quick step, walked up to his seat in the state box. Ogbemudia stadium developed extraordinary mutualities amongst fans, many of them unknown to each other. Ekhosuehi, who once ran the Bendel Insurance club and later became Vice Chairman of the NFA, seemed to live most of his life in the stadium. Every match day he would arrive with a bowl of kola nuts and share it to friends and foes alike.

The camaraderie in the Ogbemudia was extensive, but when it mattered, there was no shortage of bile and harsh exchanges. The Bendel Insurance Football club was amongst the most raucous in the land, and its members were not averse to threatening their own players if their form was poor. After one Insurance player missed a penalty, an irate female supporter, latched her considerable girth against the hoardings, shouting out obscenities and boasting that she was prepared to step in as substitute! Only that according to her, she skipped her meal before coming to the stadium. Insurance fans were a strong force and in 1981 a rouge cluster emerged in Benin led by a taxi driver named Iyobosa. Seeing that they had become irreverent and sometimes lawless, government sought to deal with the menace. Their leader was accorded strange protocol courtesies including a rendering of the national anthem when he arrived the stadium. And the lads seemed to love him. Government imposed a ban on the President and his rogue cluster. Iyobosa went to court seeking to uphold his fundamental human rights. When the court now decided in his favour, the celebrations which followed, were so elaborate an impression was created that the whole stadium had been ceded to Iyobosa and his group. It was Governor Jeremiah who defused the situation. He ordered that Iyobosa should not only be let into the stadium, he should be allowed to sit with him in the state box. That way they both enjoyed co-eminence when the national anthem was played.

The Ogbemudia stadium across the years has had a huge weight of history and events on its back. When it was opened 50 years ago, it was received with some sense of wonder. It was designed by Mrs Asemota, a German architect married to a Nigerian. Its first Groundsman was Grange, a white man. Not many knew what groundsmen did. But it was not that long before flooding problems emerged. Interventions were carried out now and again but they never were far reaching enough. Now under Godwin Obaseki and obviously in response to the obligation to host the National Sports festival, we appear to be gifted with a new Samuel Ogbemudia Stadium. The stadium area is an important complement for every metropolis. Its economy can be reinforcing and can multiply opportunities in related provisions. The governor’s charge that Edo must participate to win at the sports festival is perhaps natural. But winning at all costs must not be a fixation. It has in the past produced a narrowness of vision that caused those who are greedy enough, to use a gang of fixed sportsmen to win the national sports festival, from one state to the other.  One successful coach once ran a racket in which he used same athletes to win the national sports festival first in Kano and next Delta. His fame probably spread but our sports stagnated. Ogbemudia Stadium is about to experience a new flowering. Under support such as has been provided by Governor Obaseki, Edo could well turn in more success stories in sports.

Jeremiah Useni famously developed a colloquial intimacy with the fans. On one occasion he arrived the stadium marginally late. One petulant fan shouted ‘Governor you are late’! Unfazed, Useni retorted ‘Shat up your mouth’, and in quick step, walked up to his seat in the state box