In March, the play, Aremu, based on the true life story of former Head of State and President of the Federal Republic of Nigeria, Chief Olusegun Matthew Aremu Obasanjo will hit the stage with a command performance at the Obasanjo Presidential Library, Abeokuta on March 4.

Written by Prof. Ahmed Yerima, the show is produced by Duke of Shomolu Productions famed for star-studdedtheatrical performances such as ‘Emotan,’ ‘Oba Esugbayi’and ‘Isale Eko’. Co-produced by ace broadcaster, OlisaAdibua, Aremu tells a colourful story of one of the most influential Nigerians in the political space and a retired military man with a complex character.

With Ahmed Yerima as director and William Benson asassistant director of the play, Edgar is confident of another box-office hit.
“The idea to put Obasanjo’s story on stage hit me at a very low point in the nation’s history,” Edgar revealed. “Nigerians have thrown away the very sound values that guided him from the lowly peasant birth to the very top of societal platforms as a two-time President and internationally acclaimed Statesman.”

Edgar, who attended Command Secondary School, Ipaja, a military school in Lagos extolled the virtues of Obasanjo that the play celebrates.

Edgar further described ‘Aremu’ play as ‘a poignant delivery’and “a story of hope, a story of resurgent energy.”

“Aremu is a story that needs to be told to serve as an inspiration to not only Nigerians but the rest of the world. Aremu came out of the jaws of death several times stronger and more potent. He miraculously escapes death in the Civil War to become the War Hero, escapes death in Congo, escapes the Murtala assassination and emerged as Head of State and finally escaped Abacha’s wrath to become President,” he said.

The play continues in Lagos at the Agip Recital Hall, MUSON Centre, from April 10 to 13 and every Sunday in June. 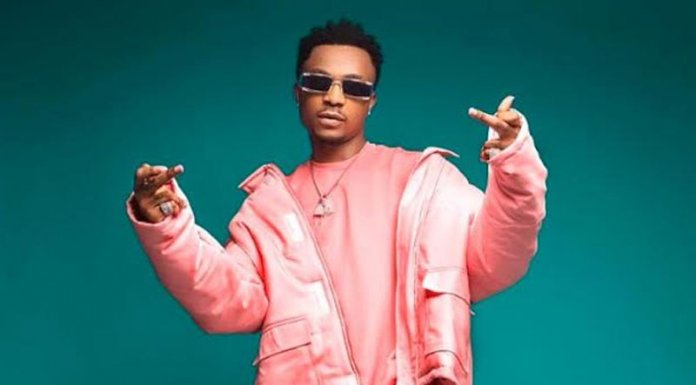