The Chief Justice of Nigeria (CJN), Justice Ibrahim Tanko Muhammad wednesday noted that speedy dispensation of justice in the country has remained a major challenge.

Justice Muhammad said that the issue, which is being encouraged by some judges, lawyers, law enforcement agencies as well as litigants, would need the cooperation of all to tackle.

He spoke at the Colloquium of Appellate Justices on the Administration of Criminal Justice (ACJA) 2015 and Anti-graft Laws (AGLS).

The colloquium was put together by the Centre for Socio-Legal Studies (CSLS) in collaboration with the Court of Appeal and the National Judicial Council (NJC).

The Chief Justice, who was represented by Justice Sylvester Ngwuta, stated that, “the prevailing paradigm is that the courts in this country must rise to the huge responsibility of using the law to advance the interest of justice and the collective good.

“Delay in the dispensation of justice remains a major challenge due to the failure by various actors including some judges, legal practitioners, law enforcement agencies, litigants and witnesses to appreciate or play their roles in the speedy dispensation of Justice.

“We must all address the problem of delay headlong and find creative solutions thereto”.

He harped on the need for judges, particularly Justices of the appellate court who play a dual role of applying the law and validating decisions of lower courts to have a firm grasped of the law so as to apply it effectively and justly.

He however expressed confidence that the various topics listed at the colloquium will draw the attention of participants to leading decisions of the Court of Appeal on the ACJA and place them on a better pedestal in applying the laws as they ought to.

Also speaking, the Chairman of the Independent Corrupt Practices and other Related Offences Commission (ICPC), Prof. Bolaji Owasanoye, noted that the ACJA has enhanced the prosecution of corruption-related cases.

He, however, called for a greater enforcement of some sections of the Act to make it more effective.

The ICPC Chairman, who was represented by a retired Justice of the Court of Appeal, Justice Adamu Bello said, “My Lords, the prosecution of corruption cases by anti-corruption agencies have benefited tremendously since the passage of ACJA. However, implementation of ACJA is a work in progress. Greater enforcement of the provisions of section 396 (2)-(7) of ACJA, particularly award of punitive costs under section 396 (6) ACJA, against counsel who file frivolous applications to delay trial can discourage such abuse of legal process by counsel.

“There is also a need to interrogate the current system of designation of courts to adjudicate over corruption cases. Is it working as it should, or should we not consider other options such as specialised courts to handle corruption cases?”

The ICPC boss in addition harped on the need to query the merits and demerits of the implementation of section 270 of ACJA on plea bargaining and how it impacts the work of anticorruption agencies, and public perception of justice delivery.

On his part, President of CSLS, Prof. Yemi Akinseye-George (SAN), while stating that the purpose of the colloquium was to create a platform to share ideas and rob minds on the emerging jurisprudence on the role of the appellate courts in ensuring effective implementation of the ACJA, called for a review of the welfare and working conditions of judicial officers.

“Let me seize this opportunity to urge that the federal government and the leadership of the judiciary must make deliberate effort to strengthen the administration of justice by reducing the congestion of courts and addressing the welfare challenges of judges and justices, in particular the salary of judges, their personal security and their retirement benefits must be improved upon”, he said. 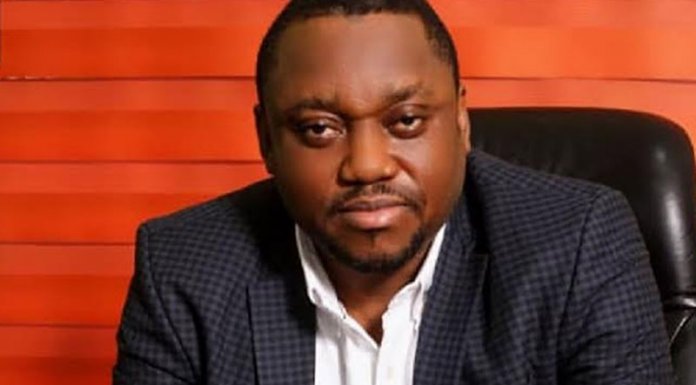