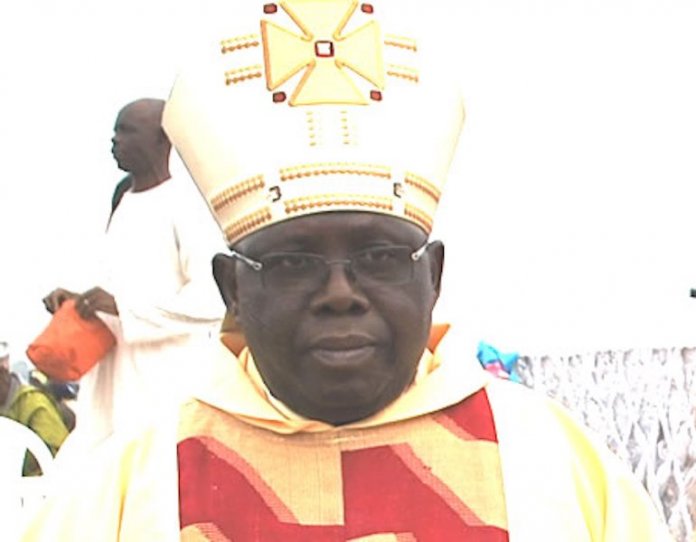 The bishops in a nine-point communique also said Nigeria is in security dire-strait, stating that only few Nigerians in any part of the country can sleep with two eyes closed.

The bishops conference under the Catholic Bishops of Ibadan Province is comprised of Ibadan Archdiocese, Ilorin, Ondo, Ekiti, Oyo and Osogbo dioceses.

The Catholic bishops, while decrying the security situation in the country as worsening, said human life has lost value with the state of insecurity in Nigeria.

The Archbishop of Ibadan Diocese, Most Rev. Gabriel Abegunrin, in a post-conference briefing, vehemently dismissed the claim by some people that Amotekun was targeted at the herdsmen, stating that Amotekun is to take care of people who live in the Southwest, including the herdsmen, Hausa, Ibo, Yoruba and other nationalities.

Describing the establishment of Amotekun as the right response to the cries of the people of the South-west region, the clergymen, who commended the governors of the region for quickly responding to challenges of insecurity in the region, said: “It is not true that Amotekun is targeted against the Fulani herdsmen. If you listen to what they said and what people have been saying, such statement is not true.

“Amotekun is to take care of the people of the Southwest region whether Yoruba, Hausa or Fulani. Anybody living in the Southwest is covered by the security system. I think that is their duty. They are not excluding anybody of tribe at all. The Sabo communities of the Fulani or Hausa we are talking about will be protected. However, if the Fulani people know that they have plans to do havoc in Yoruba land, they must be ready to face the music. But the Amotekun is not necessarily against the herdsmen.”

They further corroborated the statement of the umbrella body of Christians, the Christian Association of Nigeria (CAN), that Christians in the country are the most persecuted, citing the killings and burning of a church in Minna; the beheading of CAN chairman in Adamawa, and other crimes against Christians in other parts of the North-east region.

While calling for proactive measures to arrest the ugly situation, the Catholic Bishops condemned the approach by the federal government, which they said was far from the expectations of Nigerians.