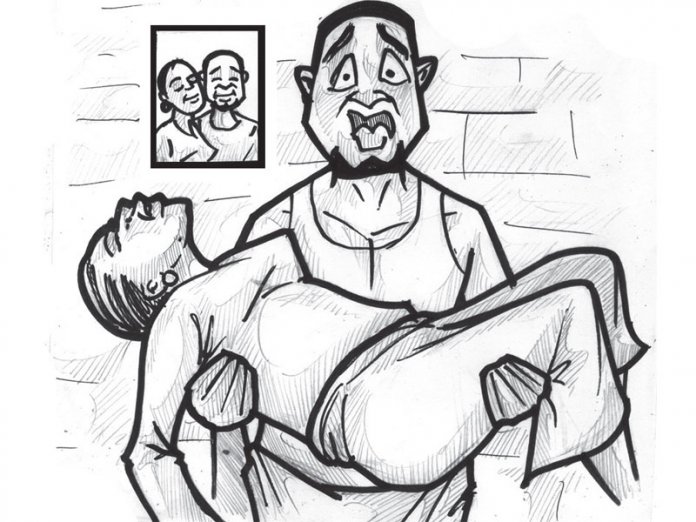 All the stakeholders could do more to contain the violence

On Monday, the High Court of the Federal Capital Territory convicted Ms Maryam Sanda for the murder of her husband, Bilyaminu Bello, and sentenced her to death by hanging. It was a sad end to a tragic story of domestic violence that is now very prevalent in our country. That is why the decision by the National Human Rights Commission (NHRC) to hold a public hearing and investigation into cases of sexual-based violence in the country should be commended. From physical and verbal abuse, to rape and even murder, it is evident that the authorities are not doing enough to stem the tide of domestic violence which manifests itself in many forms.

We also hope that the NHCR will help engender a conversation on what is responsible for the spike in domestic violence across the country in a bid to finding lasting solutions. “The public inquiry will furthermore provide stakeholders opportunity to contribute ideas on how best to develop guidelines and policy on sexual and gender-based violence for institutions, MDAs, public and private organisations and homes that can serve as good practices”, said the Executive Secretary, Mr Tony Chukwu.

Meanwhile, with the conviction of Sanda for the murder of her husband, and a few other similar cases, there is the tendency to underplay the violence women and girls are exposed to in our country. That would be wrong. While spousal abuse indeed cuts across both sexes, women are predominantly the victims in our country. Indeed, ‘UN Women: General database on violence against women’, put physical and/or sexual intimate partner violence in Nigeria at 16 per cent. Yet abused women rarely report the violence inflicted on them for fear of being stigmatised by the society. Besides, the patriarchal interpretations within our various faiths preach endurance. In addition, lack of material and financial resources and the general lack of sympathy and support from the public have contributed immensely to the growth of domestic violence in many Nigerian homes. Inevitably, the victim and the abuser (where summoned) are usually advised to find a way to settle their differences, rather than make public the injury or the violence.

This is despite the stringent provisions in the Violence Against Persons Prohibition (VAPP) Act 2015. The law prohibits, among others, abandonment of spouse, children and other dependents without sustenance, battery and harmful traditional practices. It provides a legislative and legal framework for the prevention of all forms of violence against vulnerable persons, especially women and girls and also prohibits economic abuse, forced isolation and separation from family and friends, substance attack, incest, indecent exposure and more. The intention is to eliminate violence in private and public life and provide maximum protection and effective remedies for victims of violence, and punishment of offenders.

We must therefore understand that ignoring the subtle signals of violence can only lead to fatal consequences as we have witnessed lately. It behooves all Nigerians to remain diligent and cast away the complacency that has hitherto been the bane of the victims of abuse in our midst. Ignoring the violence on our women and children can only lead to disruption in our families and in our society. If we therefore fail to act or report, we are all complicit.