Justice Abubakar Kutigi of an Abuja High Court on Thursday, ordered the arrest of a former Petroleum Minister Dan Etete and one Munamuna Seidouugha and Joseph Amaran, over the $1.09 billion Settlement Agreement of the Operating Mining Licence (OML 245) otherwise known as Malabu oil.

Justice Kutigi made the order in a ruling on an exparte motion filed by the Economic and Financial Crimes Commission (EFCC).

The exparte application was brought pursuant to Section 3, 35, 36 and 37 of the Administration of Criminal Justice Act, 2015.

Justice Kutigi in granting the arrest order noted that it was imperative to do so in the interest of justice.

The anti-graft agency in an eight-paragragh affidavit, told the court that the order is needed to enable it arrest and extradite the defendants for prosecution over their alleged complicity in the Malabu oil deal.

The commission held that the charges against the three suspects involve over $1.09 billion Malabu Oil Block (OPL 245) Settlement Agreement, adding that there is prema facie evidence against them.

According to the commission, Etete, Seidougha, Amaran (all at large) sometime in 2013, in Abuja, dishonestly used as genuine the forged form CAC 7 and Board Resolution of Malabu Oil and Gas Limited and the letter of resignation of one Mohammed Sani, which they then knew to be forged documents, to open a bank account No. 2018288005 to receive $401,540,000.00 .

The commission also alleged that Seidougha, Amaran and (Dauzia Loya) Etete, sometime in 2013, in Abuja, “dishonestly used as genuine the forged form CAC 7 and Board Resolution of Malabu Oil and Gas Limited and the letter of resignation of one Mohammed Sani, which they then knew to be forged, documents to open a Bank Account No. 3610042472 to receive $400,540,000.00 (Four Hundred Thousand United States dollars)”.

The counsel of the EFCC, Bala Sanga, who moved the exparte motion disclosed that the suspects are currently residing in France and in some Africa countries.

Sanga further told the court that the suspects were occasionally sighted in different parts of Europe.

He therefore prayed the court to issue a warrant of arrest, which is a pre-condition for the extradition of the suspects.

In the affidavit in support of the exparte deposed to by one Ibrahim Ahmed, an Investigating Officer with the EFCC, Etete and the others are wanted because they are part of the brains behind Malabu Oil and Gas Limited.

The document read: “That I know as a fact and I verily believe that the investigation of the Malabu Oil and Gas Limited matter disclosed a prima facie commission of offence by the respondents among others.

“That I know as a fact which I verily believe that our investigation has revealed the following:

“That the respondents are part of the brains behind Malabu Oil and Gas Limited.

“That Malabu Oil and Gas Limited are defendants in the current Charge No: CR/151/2020 and facing multiple counts of charges for forgery and use of forged documents.

“That as part of the directing minds of Malabu Oil and Gas Limited, they should stand trial and answer to charges of influencing and aiding the companies to breach extant criminal laws.

“That I was informed by the Prosecuting Counsel, Bala Sanga, on the 21st day of January, 2020 that part of the requirements for the arrest and extradition of the respondents from Europe or indeed from any part of the world is the issuance of a warrant of arrest by this Honourable Court. That it will serve the interest of justice to grant this application.”

In his ruling, Justice Kutigi granted the order as prayed. 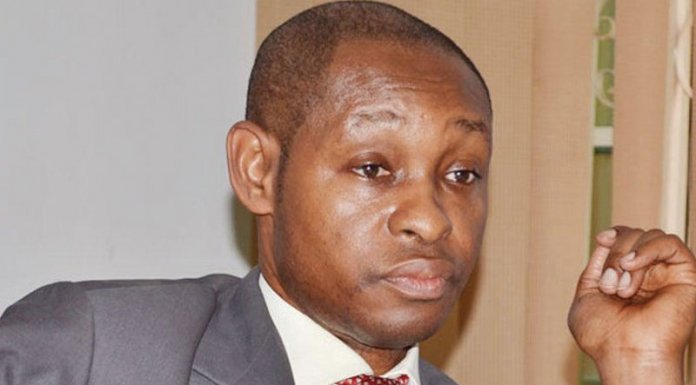