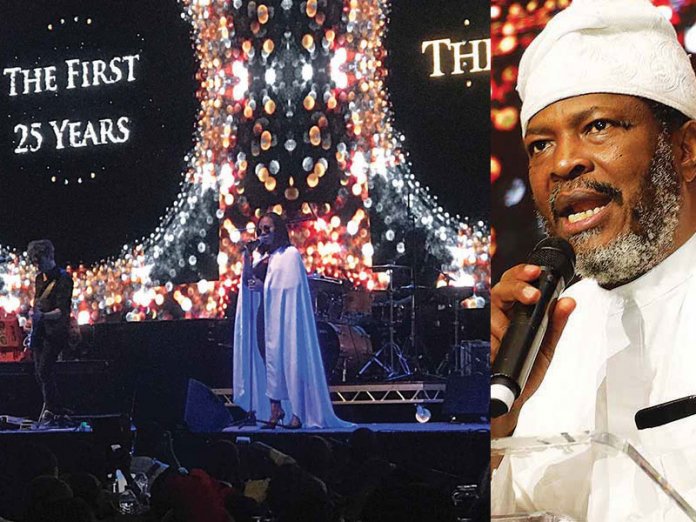 Nseobong Okon-Ekong writes that the recent THISDAY 25th anniversary was as much an evening of political commentary, during which the audience were not tired of hearing partisan jokes about personalities in government

To be sure, if it was television, disconcerted viewer would have punched the button to bring on another channel. But in more ways than one, it was television. There was a mega screen in the background, shimmering in all the glory of multi-glitz to help the audience follow what was happening in the Convention Centre of Eko Hotel, Victoria Island-Lagos at the recent 25th anniversary of THISDAY Newspapers.

It was a show for television because THISDAY is embryonically linked to ARISE News, a sister company-from the same parent, Nduka Obaigbena, who presides over the operations of both companies. And some of the people on television were on stage live: Charles Aniagolu and the ‘Charlies Angels’ on ARISE News anchored the proceedings of the evening. Yet another link to television was a major highlight on the programme of the day, the presentation of ARISE Play, a streaming platform, the first of the revolutionary services that will shape THISDAY/ARISE Media Group’s next 25 years of existence.

Stripped of its formalities, the THISDAY 25th anniversary was as much an evening of political commentary, during which the audience was not tired of hearing partisan jokes about personalities in government. From playing the role of auxiliary compere, Obaigbena assigned himself to dishing out jokes that may have unsettled some politicians, but cajoled the gathering into boisterous laughter. As a creative person, the Publisher of THISDAY is brimming with humour about all the political events happening around him, not minding how nasty the jokes may come across, he served it to generate debate and excitement.

Introducing some of his valued guests, Obaigbena found a way to dress it in political colours. “We welcome the Acting Chairman of the Economic and Financial Crimes Commission (EFCC), Mr. Ibrahim Magu, sitting not too far away from Mr. Herbert Wigwe, Group Managing Director of Access Bank.” The intended pun was not lost on the audience. Earlier that week, there was some talk about Wigwe being detained by the EFCC. As the hall erupted in raucous laughter, Obaigbena calmed them, “don’t worry,” he assured everyone. It is settled.”

Talk of EFCC may have created a feeling of awkwardness for the former governor of Cross River State, Mr. Donald Duke who told an interesting story of why Nigeria needed an institution like the EFCC, but unwittingly finished his speech by stirring a controversy over his status with the EFCC. Duke claimed he was not a ‘customer’ of the anti-graft agency. The clap acknowledging the brilliance of his speech had barely subsided when Magu mounted the stage to challenge Duke’s statement. “The records do not say,” retorted Magu. Perhaps, Duke must have regretted not making a simple speech and quitting the stage when the ovation was loudest. Now, the joke was on him!

Another show of witticism which must have caused Governor Godwin Obaseki of Edo State to lose some sleep was the moment when Obaigbena brought the National Chairman of the All Progressives Congress (APC), Adams Oshiomhole on stage. Presenting Oshiomhole, the THISDAY Publisher described him as the only man with the power to endorse Obaseki for a second term. The comment could bolster Oshiomhole’s confidence, but it was sure to rankle Obaseki. Both men have been at daggers drawn for a long period of time now, even as the Edo State APC 2020 governorship selection process gets closer.

Not a man given to much fantasies, Magu who received the THISDAY Award for Institution of the Decade on behalf of the EFCC went back in time to the early days of the organisation, stating its humble beginning and the initial challenges of those times. For Magu, there was little room for humour. He said, it was the first time, he would sit in a crowd for over three hours. When he got the chance to speak, it was back to work. You could tell that here was a man who avoids joking. He did not care about political connection, therefore, he spoke from his heart. “We don’t want to keep chasing everybody as a suspect. We want everybody who has stolen from the commonwealth to bring it back to Nigeria, so as to use the monies to provide the needed infrastructure,” he stated.

Someone else may have put it more nicely, not Magu. He dropped like it’s hot. The audience laughed long and hard, but to who it may concern, it was not a statement of comfort to hear the EFCC would build more detention facilities and open additional zonal offices so as to bring the anti-corruption fight, nearer home to the people. 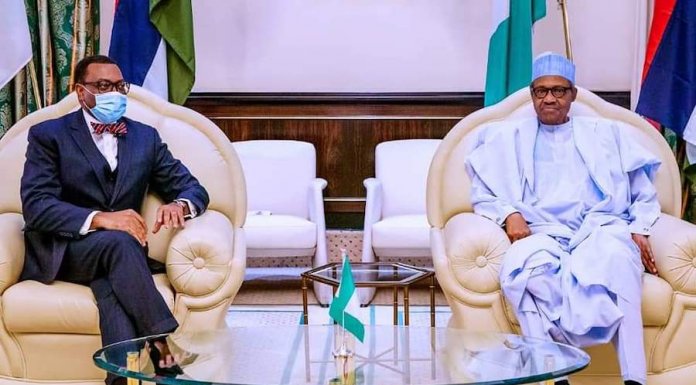