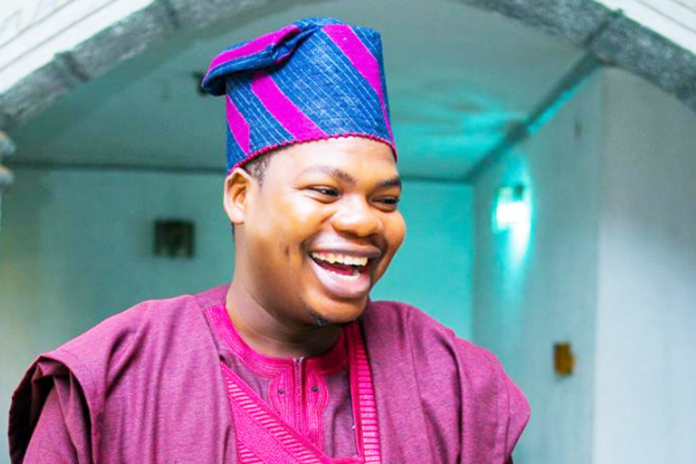 Debo Adedayo, also known as Mr. Macaroni, is an actor, television and film producer. He is also an MC, entertainer and a complete Thespian. Adedayo speaks with Tosin Clegg about his career in Nollywood, emerging one of the most viewed internet sensations, life as an actor and producer and much more

I grew up at Ojota, Abebi precisely. I studied at Tendercare School which was situated at Ojota then. My secondary education was in Babcock University High School while I obtained my B.A, Theatre Arts at Redeemer’s University. Growing up, I wanted to be a Pastor. Chris Oyakhilome was my muse. I saw and still see him as a charismatic person, one who always has the right words. So while watching him on TV, I would begin to imitate him, the way he talks and the way he preaches. Also, I was very good at imitating others. I remember then, my brother would ask me to imitate this particular person. So, that for me started my acting career because what I was basically doing then was acting.

My imitation skills gave birth to the acting in me. I recognised it as a God given talent and availed myself of any given opportunity to showcase it. I remember performing a part in William Shakespeare’s ‘Merchant of Vernice’ as early as primary six. I joined the drama group in my secondary school then and later on during my university days, I started going for auditions. My first job via audition was ‘Mistresses’ by Halima Abubakar and directed by Ifeanyi Ogbona.

I have been an actor doing movies and soap operas for as long as I can remember. It took a while for me to decide to start online comedy. I always said I could never do it because of my level of education in Creative Arts and the fact that I was already being featured in movies and soap operas. At some point, the movie roles were no longer coming and it began to seem like one didn’t know what one was doing and I began to get frustrated. I would then get on Instagram and see the likes of Broda Shaggi, Maraji, and others doing their stuff and people were really enjoying them. I thought to myself that I could also do what they were doing. But even after I said that to myself, I didn’t start immediately, I was still lost in my ego. I couldn’t imagine myself doing comedy skits.

The way I see the Yoruba Industry

When I started and as I grew in the system, I discovered that it was more of a family thing than a business thing. But now we are seeing some practitioners taking the business side seriously. But because it started with the Arinjo Theatre, which took performances from place to place, it was more of a communal thing. It was dominated by passion and the fact that if I perform for you, you are obliged to perform for me, as well. However, in terms of stories and cultural representation, I think the Yoruba industry is putting in effort. We can always do better in other aspects.

My challenge would be my personality as a non-conformist. I don’t follow the bandwagon. I challenge rules or norms that don’t make sense to me and try to implore anyone in charge to help me make sense out of them. Because it has always been like that doesn’t make it right. Because it is popular, doesn’t make it right and so sometimes I find myself without friends so to say who could call me or recommend me for jobs because the perception about me is that I am stubborn. My challenges would not be so different from the everyday challenge of the upcoming Actor; no encouragement, little or no pay at all. You know there is just this negative behavior in the industry that treats upcoming Actors lowly and it’s more like they are being done a favour whereas they have an important role to play in any production process, even as extras.

Since I started having so much presence on social media, quite a lot has changed. Mr Macaroni, as we all know, is or should be a jolly good fellow. I was on set one time and the character I was playing didn’t have a name. The Director asked me to give myself a name and Mr Macaroni came from nowhere. Then, there is a friend of mine, Dedun, even before the name became so popular, anywhere she sees me, she had this funny way of saying ‘Macaroni’. So, it grew on me.

The brown agbada I always wear is my Singnature costume.

It was what I wore the first time I played the ‘Daddy Character’ in one of my videos, and then the same week, Dammy Twitch, a friend of mine, contacted me to be in Falz’s music video. The costume department asked me to send some of my Agbadas and they picked that same one. So, I just decided to keep it as a signature costume. The Agbada is basically symbolic of the typical ‘big man’. You know how elderly people see younger ones and say to them ‘you are doing well… keep it up my dear’. One day also, I was watching Destalker the Comedian and he cracked a joke about how he was scammed in Abuja and that the person said ‘you are doing well’ so in my first video, I just said it casually. The audience liked it and I decided to keep it.

And it wouldn’t be for only online media but for TV, Film and Stage, which I haven’t really put so much energy in of late. Also, I’m hoping by God’s grace to collaborate with brands of which we can be of mutual benefits to one another.

editor - August 14, 2020 1:32 am
13
By Akin Osuntokun (DIALOGUE WITH NIGERIA) Quite frankly the bad news is not that my good brother and friend, Obadiah Mailafia has been invited by... 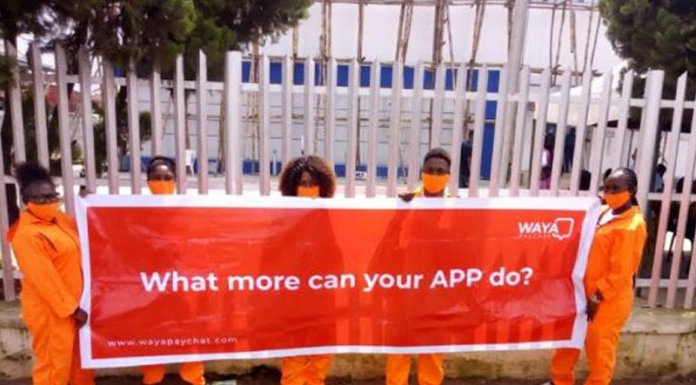