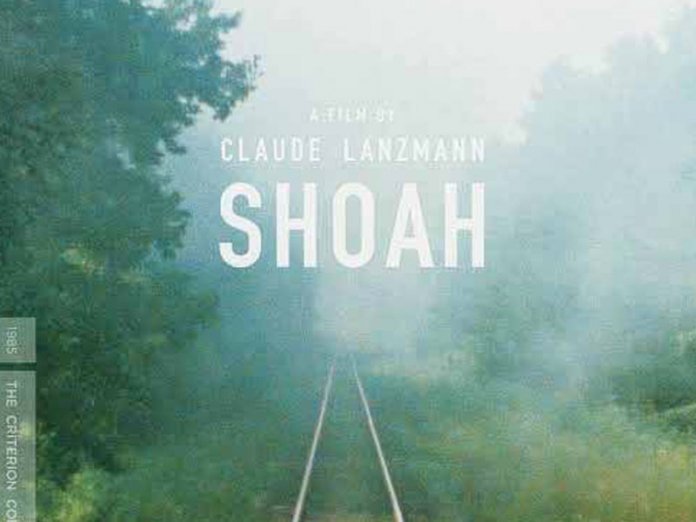 The Goethe-Institut Nigeria and the Alliance Française de Lagos are collaborating to join in the worldwide screening of the documentary film SHOAH by Claude Lanzmann on Monday January 27. Organised by the lnternationaleLiteraturfestival Berlin, this film screening is to commemorate the 75th anniversary of the liberation of the Nazi concentration camp Auschwitz-Birkenau on 27 January 1945.

Lagos movie buffs will binge on this tear-jerking movie with an unprecedented length of 9½ hours. It will be screened in 4 Parts with Parts 1 to 3 starting with brief introductions, providing some historical contextualization. Before the screening of Part 4, the Nigerian historian and filmmaker, Ed Keazor, will talk about different aspects of the documentary.

In the 9½-hour film both surviving victims and perpetrators of the systematic extermination of Jews by the German Reich have a chance to speak.

According to Claude Lanzmann – who worked on the film for eleven years (1974-1985) “Shoah” is not a film about survival but a “testimonial of death”. It not only asks the witnesses to recall their experiences. Lanzmann’s questioning technique prompts his interviewees to relive the past events. His questions revolve around events at the sites where Jews were murdered such as Chelmno, Treblinka, Auschwitz-Birkenauand the Warsaw Ghetto, laying open the bureaucratic mechanism of extermination.

Claude Lanzmann (1925–2018) was one of the great French filmmakers and intellectuals: Resistance fighter in World War II, lecturer at the FU Berlin at the end of the 1940s, employee (and later editor) of the Les Temps Modernes magazine founded by Jean-Paul Sartre at the beginning of the 1950s, participant in the resistance against the Algerian war – these are only some of the important stages of his life before he turned to documentary film in the early 1970s. His autobiography “The Patagonian Hare” (2010) uniquely condenses the events of his life.

The Nigerian music scene is a beautiful collage of veterans as well as emerging artists with the latter increasing in number daily. One of these is Sway the Baba (Enyi Okpo). The Producer, rapper and songwriter has hit the air waves with his first official EP titled, “Looking for Trouble” rocking the streaming platforms.

With a fusion of Afro-beat and the American Hip Hop culture, he unveils his dynamic style and versatility inspired by artists such as the Legendary Fela Kuti, 50 Cent, Lil Wayne, Kanye West, DMX amongst others.

The project is seven tracks deep, all written and produced by the triple threat. It gives a glimpse of his immense talent with Sway showing a more vulnerable side to himself on the simmering opening track, “Beside Me.” Another banger, “Baby” showcases his smooth and fluid flows in celebrating women globally. Inspired and based on true events, “Say No to Being Broke berates poverty.”

Other mega tunes from the amazing EP include “With You,”“YNG,” “Problem” and “Come Through.” Contrary to its title, “Looking for Trouble” undoubtedly translates to being the best version of one’s self and staying true without wavering.