With more than N30billion of internally generated revenue monthly, Lagos, the commercial capital of Nigeria, is perhaps the only state in the federation that can survive without any financial assistance from the centre. But, the revenue generating agency of the government of the state says there is room for more revenue generation and targets an IGR of N72 billion this year. Bamidele Famoofo reports

Lagos State could be said to be comfortable with its monthly internally generated revenue hovering around N35billion as at the last count. It is one state in the country that can call the bluff of the government at the centre when it comes to sharing money from the Federal Account Allocation Committee (FAAC), as what it gets from the commonwealth of the nation is like a drop in the ocean, when compared with what it generates locally.

But, the state nicknamed the ‘Centre of Excellence’, said it won’t rest on its oars with regard to generating more revenue internally for the purpose of making life comfortable for the estimated 24million people resident in it.

The state government expects to generate a sum of N866billion as internally generated revenue through different sources in 2020, as one of the means to finance is N1.6trillion budget. IGR comes to about N72billion monthly, if the target is achieved. But, specifically, LIRS is expected to cough out N500billion in 2020 as IGR, which stands at an average of N42billion monthly. The LIRS target also represents about 58 percent of total IGR in the fiscal year.

The Executive Chairman, Lagos Internal Revenue Service, Mr. Ayo Subair, said the target on IGR included in the 2020 budget for LIRS was achievable. He made this known during an interview on the Morning Show programme on Arise News Channel, recently.

His words: “It is an achievable feat. We presently generate about N30bn per month in the state. N500billion in 2020 is the target and it comes to N42billion per month. N860billion is the total target for internally generated revenue and LIRS is expected to contribute N500billion.”

The state has about 4.5million registered tax payers, but hopes to increase it to an average of 7-8miillion before long.

Subair said the state will leverage technology to increase revenue from tax in 2020. ‘’There are various strategies and basically we are going to leverage technology. I can assure you that there are no more new taxes coming. Though people confuse levies as tax, and complain there is multiple- taxation, we won’t come up with taxes.”

The LIRS boss hinted that what the state had done so far, to encourage more Lagosians to pay tax voluntarily, was to develop several online solution platforms to ease payment of tax. “But in terms of making life easier for tax payers, we continuously look at tech as a means of making life much easier, easing doing business is very key to the federal government and we in Lagos also subscribe to that. What we have done is to develop several online solutions to ease the payment of taxes. We would continue to invest more in tech to make sure tax payers can pay at a minimal cost.’’

Subair revealed that the state hopes to also generate revenue through the embattled land use charge, which he said has been under review in the Lagos House of Assembly. “l can assure that before the end of this month, if l won’t be proven wrong, l think the new regulations would be passed, and then, a lot of Lagosians will be happy.”

The Enterprise Tax Administration (e-Tax), which was recently launched in Lagos, is another means the state hoped to boost its revenue going forward. E-tax is an end-to-end digital tax administration solution deployed by the state to make payment of tax a lot easier for tax payers. ‘’Tax payers don’t need to come to LIRS office to pay tax. They can go online to register and file their returns, make payments online and print their receipts and tax clearance certificate. Companies can also track progress on tax audits carried out by LIRS on them anywhere they are and at their convenience. This is another way of boosting ease of doing business in the state.

We want to reduce the cost of filing taxes by the people and carrying out tax activities. So, it’s a win-win situation for all. We expect that there will be a lot more traffic on the platform and over time, a lot of Lagosians will learn how to run the process. It will also bring in more tax payers.’’

Subair commended President Muhammadu Buhari for signing into law the Finance Bill, noting that the move was long overdue. “It’s refreshing to know that things are going to change. Unfair tax laws will be reviewed in favour of putting more developmental strategies in place. I would advise that FG concentrate more on indirect taxes than direct, which is what the VAT is all about. We must remember that VAT rate, at five percent, is the lowest in the world at that the moment. Government needs money to make any meaningful development happen, so raising the VAT rate is good.”

He, however, noted that the states will benefit from the VAT increase, since there is a sharing formula for VAT. Though, he acknowledged that adding income from VAT, as a result of the increase will be additional revenue for Lagos, Subair however said the impact won’t be significant on the state’s revenue base.

Also, Subair urged federal government to review its tax waiver policy, which he argued is a major leakage area for government revenue. ‘’It has to be reduced and also designed to create positive impact in the economy. It must not be a policy that creates an avenue for the rich to get richer at the expense of the poor masses.’’

The National Bureau of Statistics (NBS), said in the first half of 2019, the 36 states and the Federal Capital Territory (FCT) generated N691.11 billion as Internally Generated Revenue (IGR).

The report added that 31 states and the FCT recorded growth in Internally Generated Revenue (IGR), while five states recorded decline in IGR in the period under review.

According to NBS, the net Federation Accounts Allocation Committee (FAAC) allocation in the first half of the year is put at N1.20 trillion, while the total revenue available to the states including the FCT is put at N1.89 trillion.

The bureau said that the IGR was derived from ministries, departments and agencies’ (MDAs’) revenues, direct assessment, Pay As You Earn (PAYE), road taxes and other taxes. 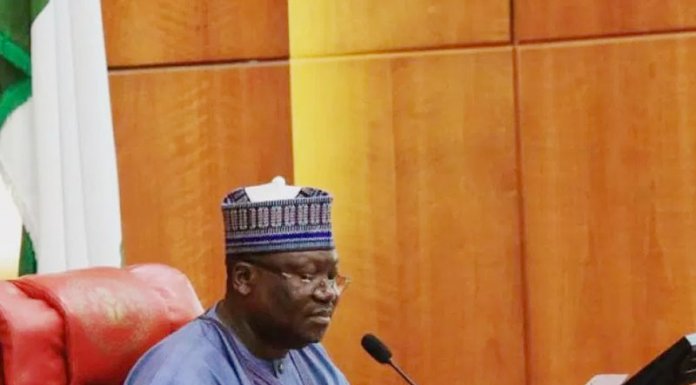