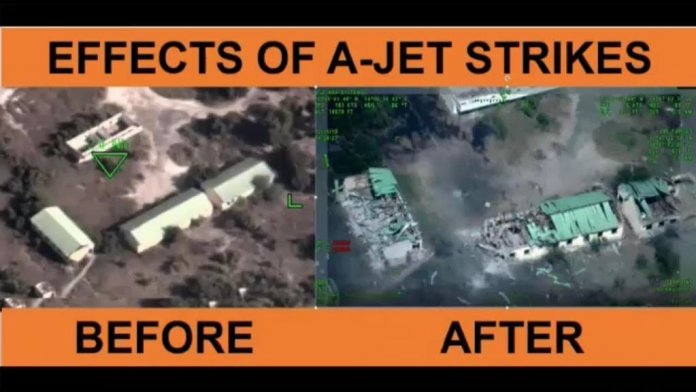 Chiemelie Ezeobi chronicles the successes of Operation Rattle Snake one and two, an air interdiction operation, targeted at degrading the remnants of terrorists in the North-east, as well as deny them safe haven and freedom of action

Following the recent pockets of terrorist attacks in the North-east that have claimed the lives of both civilians and security operatives, the military have amped up its operational strikes and have taken no hostages in the fight to degrade all acts of terrorism.

Operation RATTLE SNAKE 1
For the Nigerian Air Force (NAF), one of such measures was the inauguration of Operation RATTLE SNAKE, an air interdiction operation. Inaugurated on December 10, 2019, the operation is targeted at degrading the remnants of terrorists in the North-east, as well as deny them safe haven and freedom of action. NAF, operating in concert with surface forces, are expected to sustain its efforts to completely destroy all remnants of the terrorists in the North-east.

Carried out by the Air Task Force (ATF) of Operation LAFIYA DOLE, the day one of the operation saw
air strikes by NAF aircraft resulting in the neutralisation of several Boko Haram Terrorists (BHTs) and destruction of some of their structures at their tactical headquarters in Parisu as well as another settlement, Garin Maloma, both on the fringes of the Sambisa Forest in Borno State.

The attacks were executed following series of Intelligence, Surveillance and Reconnaissance (ISR) missions, that showed the presence of a significant number of BHT fighters in makeshift structures/buildings under trees spread across the two settlements.

According to NAF Director of Public Relations and Information (DOPRI), Air Commodore Ibikunle Daramola, overhead Parisu, no fewer than 30 terrorists were observed by the ISR aircraft in different parts of the settlement.

He said: “The attack aircraft dispatched by the ATF to engage the location recorded accurate hits within the target area, leading to the destruction of some of the structures as well as the killing of several terrorists.

“Other fighters, who attempted to flee while putting up a fight, were taken out by follow on strikes at their hiding places under some trees as well as along the river line at the edge of the settlement. An attack conducted earlier in the day at Garin Maloma similarly resulted in the neutralisation of several BHTs.

Not done yet, the ATF, also neutralised scores of BHTs and destroyed some of their structures in massive air strikes conducted at Kokiwa and Bula Korege on the fringes of the Sambisa Forest in Borno State.

According to Daramola, the air strikes were conducted in continuation of Operation RATTLE SNAKE after credible Human Intelligence (HUMINT) reports, which were also corroborated by series of ISR missions, established that the BHTs had intensified activities in the targeted settlements with a view to launching attacks against own troops’ locations in the area.

He said: “The ATF therefore detailed its fighter jets and helicopter gunships to attack the two locations. The combat aircraft took turns attacking targets at both locations, scoring crucial hits on the hideouts leading to the neutralisation of several BHT fighters as well as the destruction of many of their structures, some of which were seen engulfed in flames.”

In continuation of Operation RATTLE SNAKE, the ATF has neutralised some Islamic State of West Africa Province (ISWAP) fighters as they assembled for a meeting at their hideout in Kollaram on the fringes of Lake Chad in the Northern part of Borno State.

The operation was executed on December 14, 2019 following credible intelligence reports indicating that some of the ISWAP leaders had assembled for a meeting in one of two buildings at the centre of the settlement. The NAF jets dispatched by the ATF to attack the location scored accurate hits on the target building completely obliterating it and killing its terrorists’ occupants.

Also, the ATF dealt another decisive blow on terrorist elements on December 15, 2019, in air strikes executed as part of the ongoing Operation RATTLE SNAKE that led to the destruction of some Islamic State of West Africa Province (ISWAP) logistics storage facilities at Kirta Wulgo on the fringes of Lake Chad in the Northern part of Borno State.

Daramola said the operation was executed after credible HUMINT reports indicated that three green-roofed buildings at the edge of the settlement were being used as warehouses by the ISWAP elements to store their food, vehicle spares, gunboats and other logistics items.

Accordingly, the ATF, after carrying out confirmatory ISR missions, dispatched its attack aircraft to engage the location scoring devastating hits in successive strikes leading to the destruction of the buildings.

The sustained air strikes yielded further results on December 16, 2019, with the destruction of another BHTs Camp at Ngoske in the Sambisa Forest area of Borno State.

The operation was executed after a NAF ISR aircraft had, over a series of missions, observed a scaling up of terrorists’ activities in some compounds within the settlement. Accordingly, the ATF detailed an enhanced force package of attack aircraft to engage the location.

According to the DOPRI, overhead the target area, a significant number of terrorists were observed. The munitions from the attack aircraft hit the designated location, wiping out a part of the cluster of buildings in the area and neutralizing several of the BHT fighters.

Following the successes recorded by Operation RATTLE SNAKE 1, the NAF inaugurated the second phase to sustain the gains. The mission is also air interdiction operation aimed taking out some identified insurgent camps and logistics facilities in order to further unhinge the terrorists’ centre of gravity and diminish their fighting capability.

Operation RATTLE SNAKE 2 is planned to consolidate the gains of the earlier operation and shape the battle space for further air and ground operations.

Abullam’s Destruction
In the first tranche of Operation RATTLE SNAKE 2, several BHTs were neutralised and some structures in their camp at Abullam in the Sambisa Forest area of Borno State were destroyed in air strikes on December 31, 2019, by the ATF.

Abullam was selected for attack on day one of the operation based on credible intelligence reports indicating that the terrorists had resumed using the once abandoned settlement as a staging point from where they launch attacks against own ground troops’ locations.

Accordingly, the ATF detailed its attack aircraft, supported by an ISR aircraft, to attack designated compounds within the settlement. The jets took turns to engage the target in successive passes leading to the destruction of some of the structures as well as the killing of several terrorists.

At Gujeri, NAF combat helicopters destroyed the logistics facility of the terrorists in Sambisa forest.
This was achieved in night-time air strikes executed on December 31, 2019 pursuant to series of ISR missions that identified some makeshift structures under some trees in the settlement that were being used by the terrorists to store fuel and other items for the maintenance of their vehicles.

Accordingly, the ATF dispatched its combat helicopters to attack the location recording devastating hits in the target area resulting in the destruction of the storage facilities as well as other structures in the camp.

On all the successes gained, the DOPRI said the target continues to be that the NAF, operating in concert with surface forces, will sustain its efforts to completely destroy all remnants of the terrorists in the North-east.

Walking the talk, the Chief of the Air Staff (CAS), Air Marshal Sadique Abubakar, recently paid a visit to the gallant NAF pilots of the ATF after they returned from a pre-dusk mission on terrorists in the ongoing operation.

The CAS, while congratulating the ATF for the successes so far recorded in the operation and commending the pilots for their dedication and courage, urged them to sustain the tempo of operations in order to completely destroy designated terrorists’ operational/logistics bases and further deny them freedom of action. 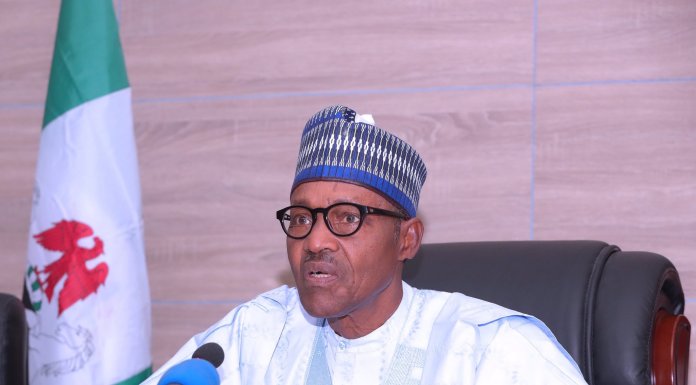