However, it was learnt that the deceased, who was the chairman of Zone 11 in the market, and was identified as G.O.D, did not die in the inferno.

He was said to have slumped in the market “after seeing that his five shops were completely destroyed by the fire.”

He was reportedly rushed to a private hospital in the area but was said to have died later.

It was gathered that the fire, which destroyed goods valued at millions of naira, started around 1.30 am.

Mr Okadigbo, an Assistant Superintendent, said nobody died in the fire because it occurred in the night, when traders had all retired to their homes.

He said, “No life was lost in the fire, but the chairman of Zone 11, one Mr G.O.D, slumped after seeing his five shops razed down by the fire. “He was rushed to the hospital but later gave up the ghost.”

He said the fire destroyed so many shops and goods because of the highly inflammable nature of the goods sold in the market.

The NSCDC spokesperson said that the fire was put out by men of the Anambra State Fire Service, assisted by operatives of other sister-security agencies.

He said that the cause of the fire is yet to be ascertained but suspected it could either come from an electrical fault or a wildfire from the neighbourhood.

Meanwhile, the state Commandant of the corps, David Bille, has expressed his condolences to the leadership of the market and traders, who lost their goods and other valuables, as well as the bereaved family.

According to reports, not less than four hundred shops were destroyed by the fire.

Many of the affected shop owners lamented their losses and questioned the competence of the market security guards.

They noted that the guards should have taken proactive measures that would have cut down the extent of damage in the market.

Although the cause of the fire has yet to be ascertained, the chairman of the market, Mr Samuel Ezeobodo, gave the report he got from the market security officials after 12 midnight.

According to him, a leaking gas cylinder inside one of the affected shops might have been the cause of the fire from where it spread to other shops.

Ezeobodo confimred the death of one of the market leaders, Mr Edozieuno, who died of shock upon hearing that his shop was one of those affected.

The damage is massive and some of the affected traders bemoaned their fate, saying they have been rendered helpless.

Recently, about seven persons died in a tanker fire accident that occurred near the Anambra State Governor’s Lodge in Amawbia, near Awka, the state capital.

The security post of the Governor’s lodge was torched.

Scores of persons sustained varying degrees of injury in the accident while several cars, houses and shops were also gutted by the fire. 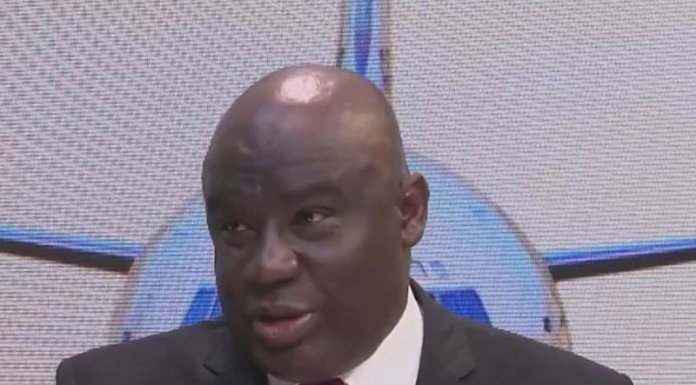