The Plateau State Police Command has confirmed that gunmen suspected to be herdsmen yesterday killed 12 persons and injured one at Kulben Village of Kombun District of Mangu Local Government Area of the state.

The Police Public Relations Officer of the command, DSP Terna Tyopev, made this disclosure to News Agency of Nigeria (NAN) in Jos, the state capital.

According to Tyopev, the incident occurred in the early hours of thursday.

“In the early hours of today (Thursday), we received a distress call that gunmen, suspected to be herdsmen attacked Kulben community of Kombun District of Mangu.

“As a result, 12 persons lost their lives and one severely injured,” he said.

Typopev said the injured are receiving treatment at Mangu General Hospital at present.

He called on residents of the community to remain calm and be law-abiding, adding that the police and other security agencies would do everything possible to bring the perpetrators to book.

“No arrest has been made, but we are doing everything possible to ensure that the criminals are arrested and made to face the full wrath of the law,” he said.

He called on the public to provide the police with useful information that would enable them to track down the perpetrators.

Meanwhile, the state Governor, Mr. Simon Lalong, has condemned the killings, describing the incident as an attempt by evildoers to puncture the existing peace in the state.

A member of the community, who identified himself as Mr. Joshua said the Fulani numbering about 20 had rustled some cattle from Pankshin and were escaping with them when they were intercepted by youths at Kerang Village, and as the Fulani fled through Kunben, they wreaked the havoc on the village.

He said: “It was a tough battle between the youths and the rustlers. At the end, three of them were arrested and some of the cows recovered from them. Both the cows and the suspects were handed over to the police in Kerang. The ones that escaped later killed their victims at Kombun village.
Condemning the renewed attacks on his people, Lalong, who cancelled his schedules to visit and condole with the villagers, said it was an attempt by evildoers to puncture the existing peace in the state.

He said: “We are saddened by this attack which is the work of criminals, and has the tendency to interrupt our new year if we allow it. That is why I abandoned everything to personally come here and share your pains and to assure you that we will not allow the enemies of Plateau State to take us back to the era of violence which we have already put behind us.”

He warned that his administration will not sit down and watch any group or individuals to cause chaos in the state and return it to the dark days of insecurity.

“We have toiled to ensure that peace returns to Plateau State and we will not allow anyone to make nonsense of our efforts. We are determined to deal decisively and firmly with anybody found culpable in attacking or inciting people to carry out attacks against one another.”

Lalong, who was in the company with his deputy, Prof. Sonny Tyoden; Operation Safe Haven Commander, Gen. Augustine Agundu; and other security chiefs in the state, assured that the security agencies were already working to unravel those behind the crime.

He commended security agencies for arresting seven suspects in connection with the killings, assuring them that thorough investigations would be carried out to get to the bottom of the matter as anyone found wanting would face the full wrath of the law.

District head of Kombun, Mr. Audu Tetmut, told the governor that the community was still in shock and grief, as they could not understand the motive behind the attack when they had no problems with anybody.

He, however, said they believed that the governor’s visit and assurances would ensure that they get justice.
The representative of the Fulani community in the area, Mr. Ya’u Yusuf, also condemned the attack and asked everyone to cooperate with the security agencies to get those behind the ugly incident.

Lalong was also at the palace of the Mishkaham Mwagavul, Nelson Bakfur, in Mangu town to commiserate with him over the incident.
He appealed to him to continue to keep the peace in his domain. 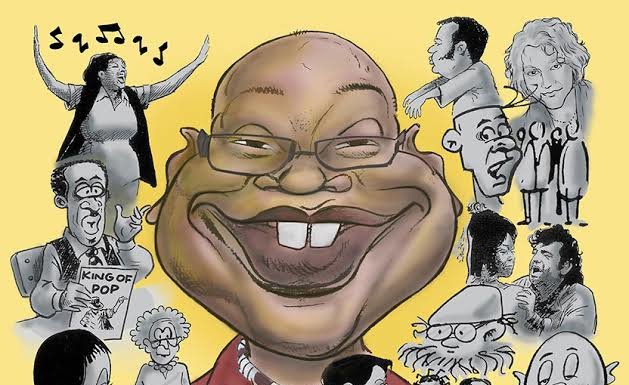