A newly launched report shows some level of progress has been recorded in the fight against corruption in Nigeria, writes Ugo Aliogo

The second survey on corruption in Nigeria has been presented by the federal government in partnership with the United Nations Office on Drugs and Crime (UNODC).

The report which was first presented in Abuja, recently, provides an insight into the prevalence and frequency of bribe-seeking behaviour experienced by Nigerians, as well as their attitudes towards corruption, their readiness to refuse requests for bribes and to report such incidents to relevant authorities.

The report also revealed bribery and nepotism in public sector recruitment as well as the phenomenon of vote buying.
The Statistician General, National Bureau of Statistics, Dr. Yemi Kale, said out of all Nigerian citizens who had at least one contact with a public official prior to the 2019 survey, 30 per cent paid a bribe to, or were asked to pay a bribe by a public official, adding that “this means that, although still relatively high, the prevalence of bribery in Nigeria has undergone a statistically significant decrease since 2016, when it stood at 32.3 per cent.”

The survey showed also a notable increase in the overall proportion of Nigerians who had at least one contact with a public official in the 12 months prior to the survey, and this could be seen as a positive sign for the provision of public services in Nigeria.
Healthcare professionals, such as doctors, nurses and midwifes, and public utility officials were the two types of public officials with whom the largest share (31 per cent each) of Nigerians had at least one contact in the 12 months prior to the 2019 survey. Police officers came a close third, with 30 percent.

According to the survey, “Out of the total of 17 types of public sector institutions that were specifically covered by the survey 10 showed significant improvements in terms of prevalence of bribe seeking behavior, while only one agency showed deterioration.

“The survey also showed improvements in particular among young people’s attitudes towards corruption with 60 per cent amongst them considering corruption never acceptable, as opposed to 58 per cent in 2016.

“Overall, Nigerians seem to have become more willing to refuse requests for bribes, with 19 per cent of the survey respondents indicating that at least on one occasion during the past twelve months they had not refused to pay a bribe when asked to do so.
“At the same time, public officials appear less emboldened to request bribes with 60 per cent of the bribes having been paid after a direct demand of the public official down from 66 per cent in 2016.”

Speaking at the event, Nigeria’s Permanent Representative to the United Nations in Vienna, Amb. Vivian Okeke, stressed the need to assess the impact of government effort through evidence-based surveys.

She noted that data collection was one of the areas that needed improvement in the fight against corruption in Nigeria. She acknowledged the high-level commitment demonstrated by the present government which contributed to some of the positive results highlighted in the report
In his welcome remark, the Minister of Justice, Abubakar Malami, expressed appreciation to the National Statistical Bureau and international partners such as UNODC in providing the necessary data analysis to help review the impact of government efforts as well as to further improve performance towards the achievement of a corruption free Nigeria.

He said: “Beyond allowing us to assess our past performance, the report identifies some crucial policy implications of the data which I am confident will help us to further sharpen our policies and interventions, to prioritize our efforts and resources in the fight corruption and to achieve, ultimately, better anti-corruption results for all Nigerians.”

The Acting Chairman of the Economic and Financial Crimes Commission (EFCC), Ibrahim Magu, who was represented by the Head of Legal and Prosecution, Kabir Latona, stated the data had showed positive indicators in several areas but acknowledged there was still room for improvement in the fight against corruption.

He outlined some of the efforts embarked by the government through the EFCC in combatting corruption to include policy initiatives like the open treasury portal, beneficial ownership register, and the successful investigation, prosecution and adjudication of several politically exposed persons.

The Chairman of the Independent Corrupt Practices and other related offenses Commission (ICPC) Prof. Bolaji Owasanoye, represented by Adesina Raheem also reacted to the data, stressing the importance of implementing the recommendations emanating from the survey.

The Head of the Investigating Directorate, National Prosecuting Authority, South Africa Hermione Cronje, expressed the interest of South Africa to undertake a similar survey with a view to being able to better determine the actual impact of its anti-corruption efforts. She also stated willingness to work closely with the relevant Nigerian authorities and learning from their experiences in conducting such experience-based surveys.
The UNODC Country Representative, Oliver Stolpe, observed that while the prevalence of administrative, mostly low-value, bribery has decreased, the survey suggests that moving forward greater efforts might be needed to eradicate small scale corruption typically committed by certain types of public officials which continues to have a profound effect on the lives of Nigerians.

He further stated that the survey had identified several such policy implications which had the potential to further enhance effectiveness and benefits of the fight against corruption for the people of Nigeria.

Experts’ View
In assessing the progress the federal government has made in the fight against corruption, the Information Officer, Inter-Governmental Action Group Against Money Laundering in West Africa (GIABA) Timothy Melaye, said as an organisation, GIABA has been making remarkable effort in the anti-corruption fight.

Melaye, commended the government’s role in the anti-corruption fight, stating that more efforts were required to win the fight.
He said “We must build a strong and integrated system that will prevent corruption, and where it by chance happened, our system should help in discovering it, and prosecution afterwards.

“This involves the total strand of our criminal justice system. We are far from there, but we have left where we were. The proceeds of corruption can be properly invested into public good. Most public corruption are monies meant for public good they can simple be returned to the public coffers and used for public good.

“That being said, the country should ensure the full proceed of crime law is in place and implements same to the later. The law will prescribe how to properly manage all the proceeds of crimes within the legal framework. The law establishing the anti-corruption agencies should be their source of power and that of their autonomy or independence, if found wanting, then amendment may be required.

“The act establishing the agencies should insulate the agencies from power interference. If not done through the law and enforced in practice, it’s always a difficult task to manage.” 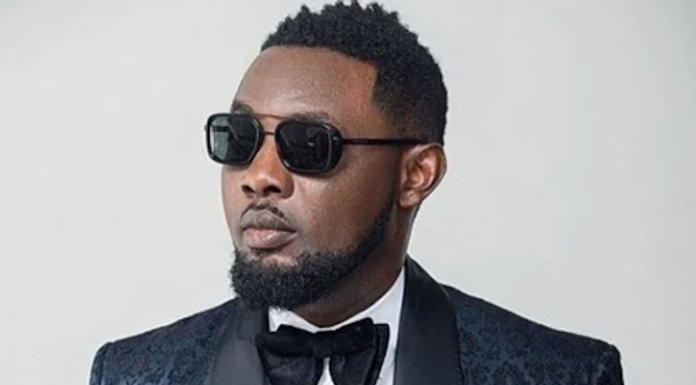