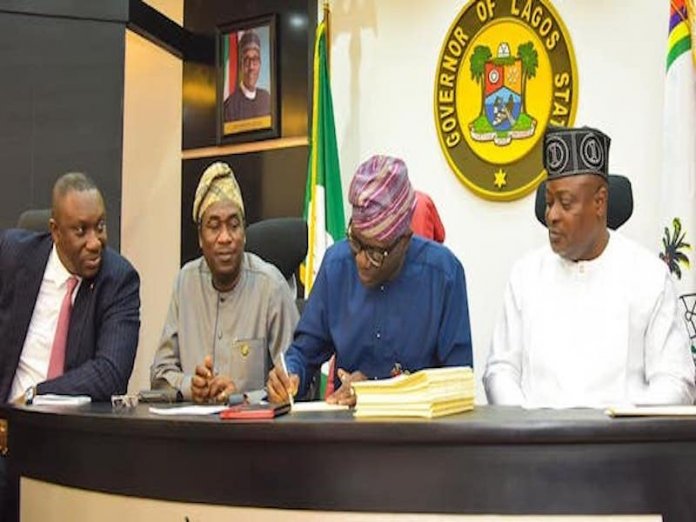 Giving a breakdown of the budget tagged “Awakening to a Greater Lagos,” Sanwo-Olu earmarked 62 per cent, representing N723.75 billion of total spending, for capital expenditure, he said that recurrent expenditure, put at 38 per cent, will take N444.81 billion.

The Governor described the budget as a very audacious, adding that “I can assure Lagosians that we are very well seated and fired up to ensure we perform. Whatever we have proposed, we need the money to serve the purpose,” Sanwo-Olu said.

He urged members of his cabinet to block leakages, saying that they should ensure 100 per cent implementation.
“Lagosians do not have a voice but we will implement the budget responsibly and at the end of the year, we will ease their lives. I am hopeful that 2020 will be prosperous,” the Governor said.
With a proposed fiscal plan of N115 billion for public infrastructure, Lagos State, the Governor stated that next year will be a massive construction site.

During the presentation, the Governor unveiled his administration’s plan to accelerate the growth of the State’s economy by proposing aggressive investments in critical areas of priorities – physical infrastructure, environment, human capital and security.
Sanwo-Olu announced that the State would be spending N1.168 trillion, which will be funded from a projected Internally Generated Revenue (IGR) of N1.071 trillion. The budget deficit, put at N97.53billion, will be financed through internal and external loans, the Governor said.

Besides, the fiscal proposal also included a provision for the new minimum wage.
Explaining why his administration will be earmarking huge funds to the environment and public infrastructure, the Governor said Lagos had been facing combined threats from population explosion and climate change.

Sanwo-Olu plans to spend N48 billion on education and technology. This represents a 60 per cent rise in capital allocation to the Ministry of Education. On healthcare, the State plans to spend N33 billion on healthcare programmes, which include proposed revamping and re-equipping over 350 Primary Health Centres.

The Governor assured residents of transparency and accountability in the implementation of the budget, pointing out that there would be strict performance mechanism to drive compliance and measure the progress of the budget at the execution stage.

He added that the loan will also enable his administration to start the desilting of drain systems, provision of security and emergency hardware, light rail infrastructure, and construction of a General Hospital in Ojo, which is to be fitted with a Spinal and Neurology Unit.
Sanwo-Olu also thanked the Speaker and members of the Appropriation Committee for ensuring timely passage of the budget.
The Speaker, Mudashiru Obasa who was also present during the signing said, “We thank the Governor for giving us a proposal that we only had to change few things. We did not do much safe for scrutiny of the MDAs.”

Obasa explained that the 2020 budget would have a great impact on Lagosians, saying “whatever we have proposed we need money for implementation. I’m urging you all to rise to your responsibility. I urge you to block leakages,” Obasa said.

The Commissioner for Economic Planning and Budget, Mr Sam Egube said, “it is great joy that we have to sign the budget today. It set the tone on how the government will be driven next year.”

Egube explained that the budget represented a 34 per cent increase compared to the 2019 budget.
While thanking the House for giving the support, the Commissioner said, “it is not easy to burn the midnight candle. It shows a collaboration between the two arms of government.” 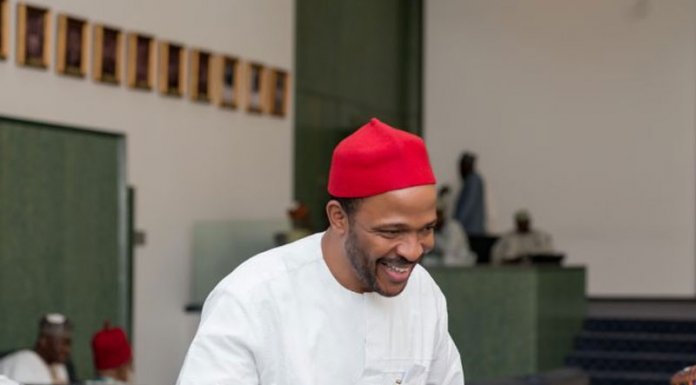