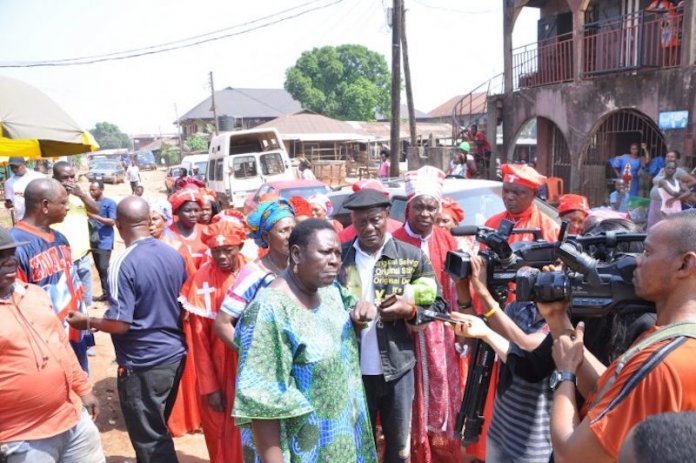 The leader of Edo Market Women Association, Madam Blackky Ogiamien has urged traders whose items were looted during the recent market fire in Osa Market (Ekiosa) to come for their goods at the warehouse where the returned items are kept.

Ogiamien made the plea to the traders yesterday after Ayelala worshippers had sanctified the items and revoked the curses initially placed on those who stole the goods.

It will be recalled that Ayelala worshippers invoked curses on people who had stolen the goods during the recent fire incident in the market, which caused a scare, forcing the arsonists and thugs to return the items.

According to the market leader, “Many of the goods have been returned which include sewing machines, Plasma TVs, refrigerators, wrappers, food stuff, goats and chickens.

“We have called Ayelala worshippers to sanctify the items so that the owners can collect them.”

She urged the traders to come along with proof of ownership so they could retrieve their goods.

Ogiamien also warned against stealing of the retrieved items as it would amount on imposing curse on oneself.