The federal government will commence the withdrawal of the military from internal operations in the first quarter of the new year, the Chief of Naval Staff, Rear Admiral Ibok-Ete Ekwe Ibas, disclosed in Abuja Monday.

Ibas, who made this disclosure while answering questions from State House reporters after a security council meeting presided over by President Muhammadu Buhari, said such withdrawal would only take place in trouble spots where insecurity had been nipped in the bud.

Specifically, Ibas explained that the meeting resolved that military operations would be called off from trouble spots where threats to security had been largely contained, explaining that the Nigeria Police which have the responsibility of handling internal security affairs will henceforth take charge of operations in such places.

He also said Buhari mandated the service chiefs and their men to ensure peace is guaranteed in the country in the new year, pledging that in line with that mandate, the security agencies will be prepared to take further their security operations from where they ended in 2019.

“We also recalled that in those areas where the military have been able to achieve desired objectives, from the first quarter of next year, the civil authority will be preparing to take back those responsibilities as the military draws back its forces from those areas to enable it focus its attention on other emerging threats and areas of concern.

“It also observed that in the maritime environment, a lot has been done to ensure that our resources are protected. The outcomes of the operations there have seen to the arrest of about six vessels that were involved in stealing of the nation’s maritime resources.

“Mr. President has directed that the council and members of the armed forces ensure a peaceful society in 2020. To that effect, we are more than determined to continue from where we stopped in 2019 and to ensure that we sustain our various operations to ensure a secured Nigeria for all of us,” he said.

Asked to name such flash points where military services would be withdrawn, Ibas failed to be specific, but rather emphasised that the duties of internal security rest on the police and members of the National Security and Civil Defence Corps (NSCDC).

He further explained that the military were only drafted to such areas to ensure stability, pointing out that since such stability had been restored, it was only normal for the police and members of the civil defence corps to take over.

He expressed optimism that with the president’s recent approval of the recruitment of 10,000 policemen, the police will have enough hands to fill the vacuum that will be created by the exit of members of the armed forces.

Ibas also explained that such decision was necessary because Nigeria is a big country and hence, it will be improper to hold the military down in areas where operations had been successfully executed.

“Basically, most of the internal security that we are having as you all are aware, is supposed to be the responsibility of the civil authority, the police in particular. Howbeit, so long as Nigeria is not engaged in war outside, it means whatever internal crisis that we have, the responsibility rests with the police.

“In the circumstances that the military has to come in to stabilise the situation, it is only proper that once one area has been dominated by the military and the situation has returned to normalcy, that the Nigerian Police take over the responsibility; and in this instance, we also have the civil defence which is supposed to support the police in this regard.

“You will recall also that Mr. President recently approved the recruitment of about 10,000 Nigerians into the Nigeria Police Force, hoping that once these Nigerians get the appropriate training, they will be in the position to fill the gaps.

“You are aware that Nigeria is such a big country that we cannot tie down the military even in those areas that the deliverables have been achieved and the objectives achieved,” he added.

However, he was swift to add that the armed forces would continue their internal operations in places where security threats are still festering, adding that more effective operations are expected to be provided next year with the expected delivery of ordered military equipment.

Ibas also expressed hopes that the menace of insurgency and terrorism plaguing the country would be fully stamped out in 2020. 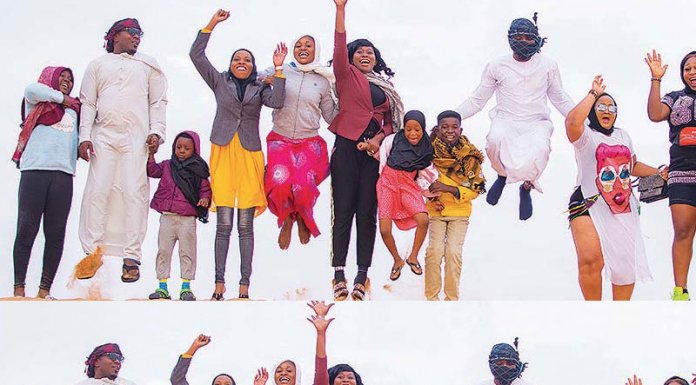