The Cross River State Police Command has been asked to investigate the alleged ‘disappearance’ or killing of one of the kingmakers of the Efik Kingdom, His Royal Highness (HRH), Etubom Okon Ekpenyong John Eyamba XVI.

The demand for the investigation of the disappearance of the kingmaker was contained in a petition dated 13/11/19 to the state commissioner of police by a member of the King Eyamba and Duke Town Families, Chief Efa Ekpenyong Eyamba.

A copy of the petition seen by THISDAY was copied to the Assistant Inspector General (AIG), in charge of Zone 6, the Department of State Service (DSS), and the Etubom’s Council of the Palace of Obong of Calabar.

The petitioner alleged that for sometimes now the Etubom has not been seen in public, and attempts by some members of the family to find him were thwarted by those suspected to have a hand in his disappearance.

Efa said the suspicion, which forced him to write the petition, is the fact that traditionally when an Etubom transits, he is either interred in his residence or the Hawkins Cemetery in Calabar.

Efa said he was prompted to petition the police due to a sudden appearance of invitation cards announcing the planned celebration of the birthday of Etubom Eyamba, saying the planned celebration was a deliberate attempt to sell total falsehood to members of the larger family, and to surreptitiously nominate another person as Etubom, and possibly cover up what may have happened to Etubom Eyamba.

The petitioner also wrote to the Moderator of the Presbyterian Church of Nigeria, Hope Waddel, Calabar, and copied the Reverend in Charge of Duke Town Presbyterian Church, Eyamba Street, Calabar, urging both of them to shun the planned birthday celebration for Etubom Eyamba.

In a separate petition dated 23/12/2019, Efa expressed similar issues contained in his petition to the police, but urged the church to insist on seeing the celebrant physically before agreeing to participate in the celebration. But, he expressed doubts that Etubom Eyamba was still alive.

“We have seen invitation to celebrate the birthday of our father and uncle Etubom Okon E. Eyamba on 29th December 2019 in our church, Duke Town Presbyterian Church, Atakpa, Calabar.

“We want to inform the body of Christ that we have written to the Commissioner of Police.

“This so-called birthday is attempt to cover their crime.

As a place of the living God, we beg you to do one thing. Just say you must see our Etubom and talk to him first. If you see him,(it) is okay. We will all come to the church to see our Etubom hence (because) they do not allow us to near his house since two months ago.

If you don’t see him physical, then also follow and report this matter to the police and other security agents. And don’t allow them to give your church bad name. Don’t mind them if they say he is sleeping or he is sick or he is going to the village or abroad for treatment. All is lie.”

Our correspondent reports that cards inviting people to grace the birthday celebration of Etubom Eyamba were already in circulation.

The invitation card read in part: “We the members of the King Eyemba and Duke Town Families request the honour of your presence at the Thanksgiving Service to commemorate the birthday of our patriarch, deserving scion of King Eyamba V and Iyamba Mosonko Ekpe Efik Iboku, HRH(His Royal Highness), Etubom Okon Ekpenyong John Eyamba XVI.

“Your presence at the ceremony to celebrate and give thanks to Almighty God at the Presbyterian Church of Nigeria, Duke Town Cathedral 13 Eyamba Street, Calabar on the twenty-night of December two thousand and nineteen at ten O’ Clock in the morning will give us much pleasure.

Please also join us during the Grand Ekpe Ceremonies to commemorate the event at Ekpe Iboku Utan, 12 Eyamba Street, Calabar, Nigeria, from the thirteenth of December two thousand and nineteen to the first of January two thousand and twenty.”

The card had Chief Ekpenyong Eyamba, and Dr. Jatabonko Orok Edem as part of the organisers of the birthday celebration. 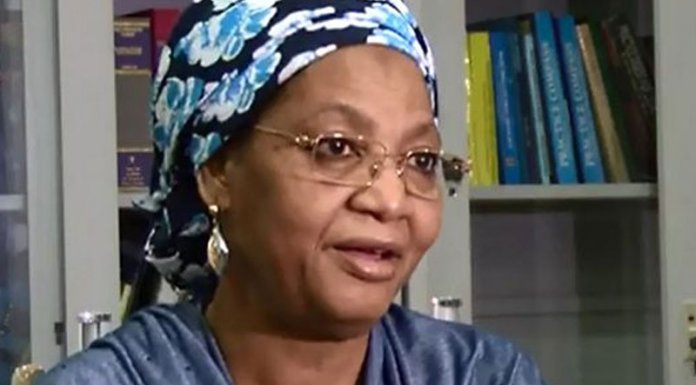 Akpabio Asks NDDC Board to Cooperate with Forensic Auditors