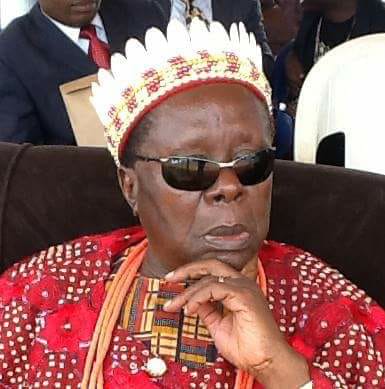 There’s tension in Awka, the capital city of Anambra State, with fears that violence may erupt as two rival traditional rulers of the community have set December 28 as date for their separate Ofala Festival.

His Royal Majesty, Igwe Gibson Nwosu has been the traditional ruler of Awka kingdom in the last 20 years, until two years ago, when some kingmakers purportedly dethroned him, and enthroned His Imperial Majesty, Igwe Austin Ndigwe as the new monarch. Not minding Ndigwe’s enthronement, Nwosu has continued to discharge the function of the monarch of the kingdom, representing it in top government functions, as he’s more recognised by the government.

The Saturday event has, however, raised concerns that the two parallel events may cause a breakdown of law and order, with the state government issuing a press statement, linking the tussle with the rampant cult and criminal activities that have ravaged the state capital.

In the statement signed by the Secretary to the State Government, Prof Solo Chukwulobelu, and titled “Impending Threat to Security of the State Capital, Awka over Ofala Festival,” Anambra State Government vowed to deal decisively with anyone that causes a breakdown of law and order in the town.

Chukwulobelu also backed Nwosu as the only government-recognised traditional ruler of Awka kingdom, while warning Ndigwe to desist from causing trouble by holding a separate Ofala festival in the kingdom.

Part of the statement read: “The attention of Anambra State Government has been drawn to an impending danger and serious threat to the security of life and property in the state capital, Awka, arising out of a so-called tussle over the traditional stool of Awka town.

“The undercurrent of this so-called tussle has manifested in several negative ways over the last few months and is reasonably suspected to be one of the factors behind the incessant cult clashes and killings in the town. The tussle is now reportedly set to climax in unprecedented violence on or before December 28, the date fixed for the traditional Ofala celebration of the EZE UZU Awka, His Royal Highness, Igwe Gibson Nwosu.

“Information available to the state government is to the effect that the latest threat is principally as a result of the activities of one Chief Austin Ndigwe alias Uzu Awka, who in the past one year (or thereabout) laid claim to the kingship of Awka town and has also fixed to hold a parallel Ofala Festival under the guise of a birthday celebration on the same date (December 28).

“This development has further degenerated to a precarious security situation in Awka with critical stakeholders, traditional title holders, youth groups and other indigenous organisations in the town, torn on war paths on either side of the debacle and set to clash on the appointed date.”

The secretary stated that Nwosu remained the only recognised traditional ruler of Awka kingdom, having been handed staff of office and certificate of recognition by the state government in 1999.

Meanwhile, Anambra State Commissioner of Police, CP John Abang, has assured of adequate security in the state, throughout the yuletide.

The commissioner said his command has deployed aerial surveillance, while his men have also been posted to spots known to be hot-bed of crime in the state to ensure safety for all during the period.