Telecoms growth has continued to increase year-on-year, with noticeable impact on the country’s economy in the areas of broadband penetration, value added services (VAS), FinTech incursions, which have continually grown the country’s Gross Domestic Product (GDP), but such impact is often marred by poor service quality that usually manifest during festivity periods like yuletide.

Even as this year’s yuletide is already being celebrated, there have been complaints of poor service quality across all networks, creating frustration for subscribers who are eager to call their loved ones or send short message service (SMS) to them.

Most times they are either cut off at the middle of each conversation, or they must have tried severally to get connected to their loved ones.
Most times, there are delays in delivery of SMS, a situation that often negates the initial purpose for which the SMS was sent out.

Although telecoms operators have attributed the challenges to increased volume of calls during festivity periods, some subscribers who spoke with THISDAY, said the operators ought to have factored such envisaged challenges and address them before they occur by increasing their network expansion plan and creating additional head-rooms that will accommodate the expected increase in the volume of calls, SMS delivery and data usage.

In spite of the seasonal challenges, which are often temporal, telecoms operators and the telecoms industry regulator, the Nigerian Communications Commission (NCC) have said the telecoms sector has contributed immensely to Nigeria’s economic growth, value added services, and Job creation, among others.

At festivity periods of the year, subscribers are often faced with challenge of poor service quality, which is often attributed to increased volume of calls among subscribers that send Christmas greetings to their loved ones, and well-wishers.

Since the operators are aware of the yearly and seasonal festivity period, some who spoke with THISDAY, said they always envisaged increased volume of calls and SMS during festivity periods and that they take responsibility to maintain a steady network during peak seasons like yuletide.
They, however blamed the situation on the refusal of federal government agencies and state government agencies to grant telecoms operators the license on Right of Way (RoW) to either lay broadband fibre optic cable or even instal new telecoms masts in densely populated cities and communities.

Despite challenges of poor telecoms services faced by telecoms subscribers especially at festive periods, the telecoms industry regulator, the Nigerian Communications Commission (NCS), said the telecoms sector impacted so much on the Nigerian economy in several areas like the growth in Gross Domestic Product (GDP), broadband penetration, value added services, increased subscriber number and job creation, among others.

The Executive Vice Chairman of NCC, Prof. Umar Garba Danbatta, had last year, said telecoms contribution to GDP was N15 trillion, but the Director, Public Affairs at NCC, Dr. Henry Nkemadu, told THISDAY that the 2018 figure had been surpassed to reach 13.8 per cent telecoms contribution to GDP as at October 2019. He said the figure would likely increase more, when the third quarter 2019 result would be released.

He added that the active mobile voice subscribers increased from 174,012,136 to 180,386,316 as at October this year, which he attributed to effective telecoms regulation in the telecoms sector.

Speaking about the contribution of ICT to Nigeria’s GDP, the Chairman, Association of Licensed Telecoms Operators of Nigeria (ALTON), Ggenga Adebayo, told THISDAY that telecoms sector sustained the
country’s economic growth and created several direct and indirect jobs for Nigerians, since the inception of Global System for Mobile Communication (GSM) in 2001. He called on the federal government to protect telecoms infrastructure to enable the sector do more for the Nigerian economy.

According to the minister, “The need to boost broadband penetration from its present coverage of 37.8 per cent to over 70 per cent in the next five years is the pedestal for the new National Broadband Plan (NBP)(2020-2025).
While inaugurating the 25 member Broadband Plan Committee in Abuja, Pantami said pervasive broadband penetration would certainly make Nigeria a truly digital economy.

The new NBP 2020 -2025 is sequel to the first NBP 2013 – 2018. The new NBP Committee has the Managing Director/CEO of Main One Cable Company Limited, Ms. Funke Opeke, as Chairperson with Dr. Bashir Gwandu as Co-Chairman. The Executive Commissioner, Technical Services, Nigerian Communications Commissions, Ubale Maska, will serve as the Secretary to the Committee, and he will be supported by four staff of the Ministry of Communications and Digital Economy in the secretariat.

The Committee is to develop a new National Broadband Plan that will be the guiding template for the development of this very important area of telecommunications.

Subscribers’ complaints
From January to October 2019, the Commission received a total of 19,841 complaints from consumers out of which 17,851 were successfully resolved to the satisfaction of telecom consumers. NCC in a statement, said “The number of complaints resolved represents approximately 90 per cent of the total complaints received through the various channels of lodging complaints.

It also ensured continuous monitoring of the customer care centre of the service providers in the 36 states of the federation to ensure efficiency and effectiveness of centres to the benefits of telecom consumers.” It also leveraged its various Consumer Education Outreach Programmes to educate a total of 35,124 telecom consumers on various issues such as how to avoid data depletion, importance of SIM registration, what to do during SIM replacement, need to protect telecom infrastructure, call masking, EMF, how to mitigate effects of cybercrimes, among others. This was achieved through the Consumer Townhall Meetings, Consumer Outreach Programmes, Telecom Consumer Parliament and Trade Fairs and Exhibitions.

With regards to unsolicited text messages, based on frequent complaints received from consumers, the Commission developed the DND 2442 Short Code to stop unsolicited text messages and calls. As at October 2019, a total of 22,356, 919 consumers have activated DND Service. Of this figure, 21,913,565, representing 98 per cent are full DND subscriptions while only 443,354, representing 1.9 per cent are partial DND. This has so far led to a significant drop on complaint on unsolicited text messages and calls in recent time. Also, the NCC Toll-free Number 622, created as an additional channel for aggrieved consumers to lodge their complaints has continued be more popular among the consumers.

Based on their satisfaction with all the facilities provided for the consumers, Nkemadu said the NCC received commendations from 19,345 satisfied consumers through calls to NCC Contact Centre and e-mails received via Consumer Web Portal for its various interventions in satisfactorily resolving their complaints.

Also this year, the Commission unveiled a Revised Consumer Complaints and Service Level Agreement (CC/SLA) to improve consumer complaint management and resolution in a more promptly matter by the service providers. Similar efforts championed by Danbatta-led NCC in the course of the year to address consumer issues, is the inauguration of a multi-sectoral committee to combat the issue of financial losses through digital platforms.

Last month, Nigeria witnessed the MTN Nigeria 5G trial launch in Abuja, Calabar and Port Harcourt. The Minister of Communications and Digital Economy, Dr. Isa Ibrahim Pantami and some members of the National Assembly, joined officials of MTN Nigeria and its technical partners like Huawei, ZTE and Ericsson, to demonstrate the MTN 5G trial launch Abuja, which is a demonstration of MTN’s readiness to deploy 5G technology across Nigeria.

With the 5G trial launch, MTN became the first service provider to demonstrate 5G technology application in Nigeria and the whole of West Africa.

When fully deployed, Nigeria will join the league of countries like China, South Korea, United Kingdom, and Germany that have launched 5G technology and are currently benefiting from its high speed data connectivity and ultra low latency that enhance digital transformation in the 21st Century.

In 2019, the telecoms’ industry nomenclature was changed from Ministry of Communications to Ministry of Communications and Digital
Economy. The need for name change, according to Pantami, was to reflect the global digital era and to set Nigeria in the path of digital revolution and transformation.
Since the change in nomenclature, the Minster has effected several changes in line with global digital transformation.

As part of its efforts in advancing broadband penetration, which topped its 8-Poing Agenda, the Commission has succeeded in issuing six Infrastructure Companies (InfraCos), to drive the deployment of broadband infrastructure across the nation’s six geo-political zones and Lagos. The licensees are include Raeana Nigeria Limited for the South-South Zone; O’dua Infraco Resources Limited for South-West Zone; Fleek Networks Limited for North-West Zone; Brinks Integrated Solutions for North-East Zone; MainOne Limited for Lagos Zone and Zinox Technologies Limited for the South-East Zone. The remaining licence for North Central Zone is being processed, according to the Commission. 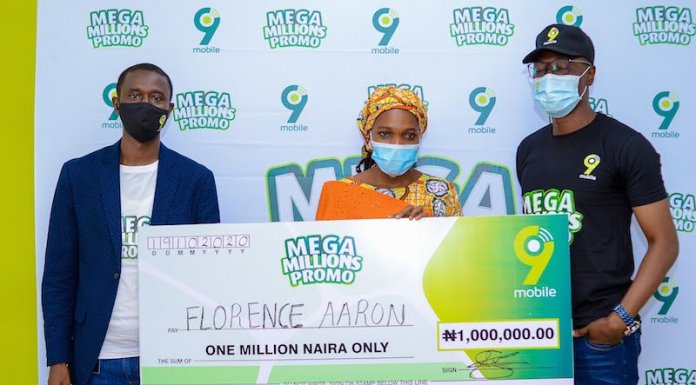