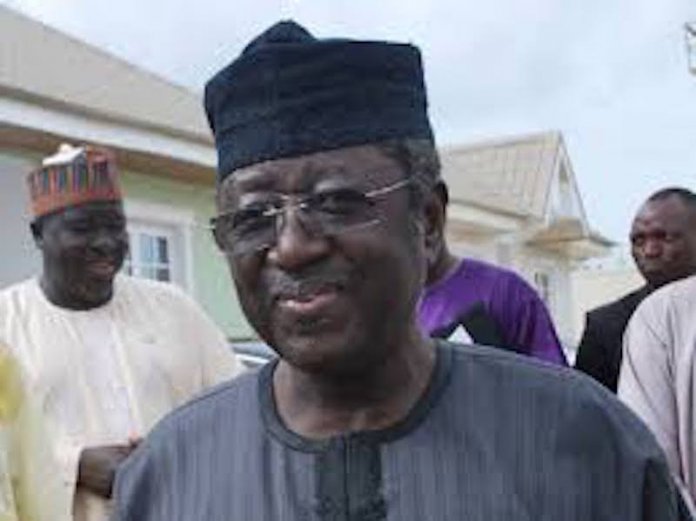 Counsel to former Governor of Plateau State, Senator Jonah Jang, in the case of alleged fraud instituted by the Economic and Financial Crime Commission (EFCC), Mr. Edward Pwajok (SAN), has insisted that Jang has no reason to be asked to defend himself since there is no evidence of crime established against him by the Commission.

He also urged the judge to discountenance the cases of the federal government against Jolly Nyame and Joshua Dariye since they are distinguishable and have no relevance in the current case.

“They have not been able to establish by evidence that he used the money in question to his personal benefit, and that is a key ingredient in criminal misappropriation, breach of trust, and in conferring corrupt advantage upon oneself.”

The counsel, therefore, said his client should be freed since no crime has been found committed by him, adding that “the prosecution is only struggling to find a prima facie, which is nowhere to be found.”

Pwajok made the submission yesterday when the case came up for adoption at the Plateau State High Court before Justice Daniel Longji.

A similar line was towed by Mr. S O Oyewole, counsel to the second defendant, Mr. Yusuf Pam, the cashier who was accused with Jang. He also said the prosecution has failed on all grounds to establish a prima facie case against his client.

He also said: “It is my submission that the cases of the federal government against Nyamem Dariye, Gana and Daudu are inapplicable having been cited in a case quite distinguishable from the current case.

But counsel to the EFCC, Rotimi Jacobs, who had lamented that yesterday’s proceeding was very difficult for him, pleaded for extension of time, noting that his application was full of errors because he hurriedly put it together. His plea for extension was however refused by the court.

In his remark, Justice Longji said: “In all fairness to all of us, I wouldn’t say that any of us (prosecution/defence) has deliberately frustrated this case.

“God showed me in a vision that I won’t finish this case. The defence had filed that there is no case; if I rule that way, the man goes free, but the prosecution said he has a case to answer.

“My last day was December 20, 2019, but I had to extend it to December 31, and I have up to that day. So if I grant another adjournment, then it means I won’t be able continue.

“If the adoption is not taken today, then that’s the end of the matter. Between now and December 31, I have eight cases, and this is the ninth.

The case was, however, adopted and adjourned for ruling on December 31, 2019.