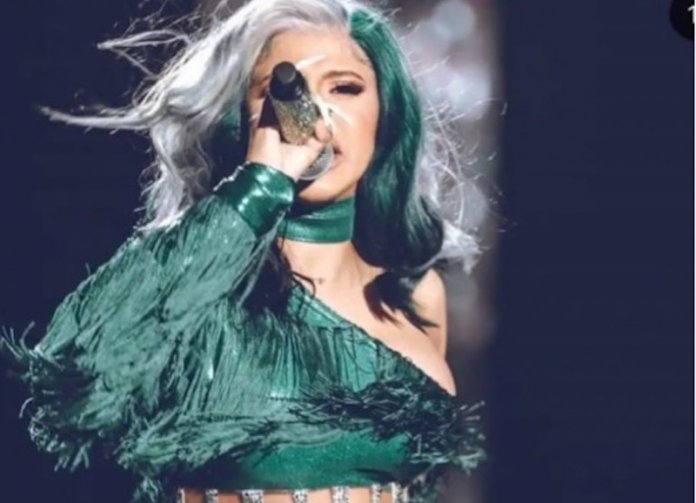 Vanessa Obioha writes that the American superstar reminded Nigerians of how blessed they are during her less than 72-hour stay in Nigeria
By this time last weekend, Cardi B has already left Nigeria after delivering a show-stopping performance at the Livespot X Festival. The music festival which took place at the sandy beach of Eko Atlantic, Lagos on December 7 was the climax of her three-day visit to Nigeria.

Of all the international superstars advertised to be in the country this festive period, Cardi was the loudest. Not necessarily because of the continuous reel of messages displayed on various media platforms. The singer, actress and media personality genuinely showed interest in visiting the most populous nation in Africa. Being the first time she is visiting the continent, Cardi made sure every moment counted.

From the moment she boarded a private jet to Nigeria, Cardi (whose real name is Belcalis Marlenis Almánzar) gave a taste of what she had in store for Nigeria. She posted a video on her Instagram page dancing to a remix of Davido’s ‘Fall’. The video was the first hint that Nigerians got about the yet-to-be-released remix. Within minutes, the video went viral. Nigerians dwelled on the singer’s, who was formerly a stripper, dance moves. They hoped that they will get a lasting performance at the concert.

Settling into her new environment was easier for the rapper than most anticipated. Known for her sassy and forthright attitude, Cardi didn’t go the uppity way of most celebrities. Rather, she interacted with Nigerians as if she had known them all her life. She requested to eat the famous Jollof rice. Apparently, the ‘Bodak Yellow’ rapper must have heard about the tasty meal that in recent times, has garnered much popularity on social media and eager to explore it. She took to Instagram to tell her over 55 million fans that she wanted to eat the meal.

“Alright this 7 o’clock in the morning. I want to go to the (expletive) hood. I want to see the real Nigeria. I don’t want to eat the hotel food, I want like real Nigerian food, all that fish, all that Nigerian Jollof rice, all that, all that,” she said before launching into a freestyle song to express her desire.

Later that day, while vibing to Nigerian latest Grammy nominee, Burna Boy’s ‘Ye’, the rapper christened herself ‘Chioma B’, replacing Cardi with the Igbo name. The inspiration behind her choice is unknown as most international celebrities often pick Yoruba names. Perhaps, she was inspired by Davido’s beau, Chioma. Nigerians, however, nicknamed her daughter Kulture, ‘Ayo’.

The Grammy winner later had the opportunity to explore Lagos as she wanted. She visited a strip club in Lagos with Nigerian rapper, Jidenna, where she could be seen spraying cash to the strippers who were overly excited to be with her. Then, she drove through Ajose Adeogun/Eko Hotel Roundabout where she was so stunned at the dazzling Christmas decor by Zenith Bank along the axis such that she took some few images on the spot. Cardi spent time at the Cubana Club in Victoria Island, one of the premium night clubs in Lagos where again she partied and danced with her fans.

In the usual Livespot 360 Creative Agency tradition, the rapper visited a motherless babies’ home in Lekki before her performance at the concert. Cardi was reported to have shopped tremendously for the children. From toiletries to food supplies, she and her crew stocked the vehicle with everything it could carry. The moment was apparently dear to her as she took to the Instagram to share the experience, writing: “Gotta thank the ladies and gentlemen that nurtured these kids that need just a little bit of more love and protection and gear them up for a better place, destiny, and future. People like y’all matter.”

When she finally performed at the Livespot X Festival, it was a musical ecstasy for the teeming crowd that had gathered there. She stunned in a hairstyle that boldly displayed the green and white colours of Nigeria. Her dress also followed the same pattern. The mono-sleeved green dress that came with a corset bodice allowed her fans to enjoy a fantastic view of her rear side as she twerked and whined her waist to pulsating beats and claps.

Though Cardi spent less than 72 hours in the country, her ‘patriotic’ fervor reminded Nigerians that not everyone views the nation from a corruption lens. She celebrated every aspect of Nigeria’s culture. From the food to the music, to the hustle, she showed Nigerians what it means to be a Nigerian and how to enjoy being a Nigerian. In one of her videos, she explained why she loved the country.

“I like this country. You get everything you like in this country. If you looking for tourism, like going to the beach as a couple with your wife or husband, they have that. If you are looking for culture, want to see how people are living and how people make a living, they have that. It reminds me of the Caribbean Island with a touch of New York and everybody is busy. The streets are always crowded,” she said.

To further cement her love for the country, she took to her Instagram page and shared images of her performance on stage with the caption, ‘Missing Nigeria’, two days after her departure.

Arguably, Cardi is one celebrity that has displayed love for Nigeria unabashedly. The rapper didn’t allow the negative stories about the country to cloud her judgment, rather she chose to celebrate the people and their lifestyle.

Though she may not fit the ideal superstar in the eyes of moralists what cannot be denied is that Cardi B, the Grammy award- winner loves Nigeria and Nigerians shouldn’t love their own fatherland less, notwithstanding the shortcomings of their leaders. 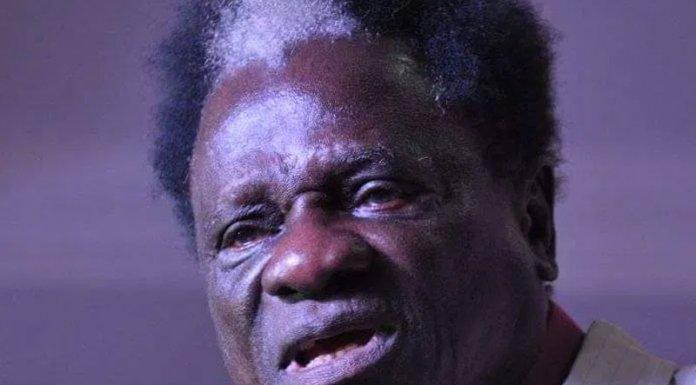