The jury is finally out. The Buhari Presidency is in disarray, the centre is gradually giving way. How this would eventually end is a matter of conjecture. From the very beginning when the president took ill resulting in his taking a long medical leave, there arose widespread speculations of infighting over control of the levers of power in the Villa. The president’s absence, even when he officially handed over power to his Vice as demanded by the Constitution, stoke rivalry between presidential aides including the Chief of Staff, Abba Kyari, Vice President Yemi Osinbajo and President Muhammadu Buhari’s uncle, Mamman Daura.

Although there were very feeble attempts by the presidency to dismiss such speculations, the more it tried, the greater it grew. The first confirmed statement from inside the presidency that all was indeed not right came from the wife of the president, Aisha Buhari who confessed that indeed the Buhari administration had been hijacked by fair-weather politicians and people who never contributed anything to the success of the Buhari presidency.

She warned then that if nothing was done to redress the apparent slide, she would not back her husband next time around.

At that time, Aisha in an interview with Naziru Mikailu from BBC Hausa service explained that: “The president does not know 45 out of 50 of the people he appointed and I don’t know them either, despite being his wife of 27 years.”

She went on to point out that some people who did not share the vision of the ruling All Progressives Congress (APC) were now appointed to top posts because of the influence a “few people” wield.
“Some people are sitting down in their homes folding their arms only for them to be called to come and head an agency or a ministerial position,” she declared.

Buhari who was on an official visit at the time the interview broke was asked at a press conference to respond to the wife’s accusations. Standing next to his host, German Chancellor, Angela Merkel, Buhari retorted that “I don’t know which party my wife belongs to, but she belongs to my kitchen and my living room and the other room.”

But who is Aisha Buhari? Given the narrative laid out by the president that the wife belongs to the kitchen and bedroom (the other room); it is already clear that Aisha’s role should never exceed that of a full-time housewife whose job is to have children, take care of the family and home and never be heard.

In fact, going by Islamic beliefs where purdah is practiced largely in the north, women are neither expected to be seen nor heard. It is a society that places a high premium on women respecting their husbands and practicing their religion without question. The north is a highly conservative society and quite comfortable with that way of life and frowns at any slightest hint of cultural infiltration.
But Mrs. Buhari has demonstrated a clean break with this sort of feudal hegemony where women and girls are held down in servitude as housewives, cooks, reproductive machines, etc. While fulfilling her marital vows, she has come out forcefully to challenge the status quo and to encourage other women not only in the north but also across Nigeria to stand up for their rights and speak when their rights are trampled upon.

The First Lady is cutting a clear image as someone who stands with the people, abhor injustice and believes in the enforcement of the rights of every Nigeria. She has stepped forward even at the risk of her own life to speak truth to power and took on her husband’s aides where perhaps he has exhibited very poor supervisory role.

At one occasion, the First Lady raised the alarm over the incessant Boko Haram attacks on innocent citizens, challenging the security agents to rise to the occasion before the electorates are wiped out. Hear her: “The security agents should either assist to take action or allow the situation to continue until bandits finished killing our people,” she said.

While calling on people of goodwill to speak up and abolish a culture of silence that has pervaded the polity, she added that it is not right to work and enthrone a government and then watch as bandits reign supreme and unchallenged.

According to her, “It is compulsory to speak the truth, it is not proper for us to give the highest number of votes during the general elections and allow bandits to continue killing people and keep quiet. We must speak on whatever is going wrong in the country.”

Not too long ago, Mrs. Buhari said the federal government Social Investment Programmes (SIP) have failed in the North. She pointedly accused the SIP officials of neglecting vulnerable people in Kano and Adamawa her state arguing that it would appear the strategy adopted by SIP is not impactful.

According to her, “I have never asked how the money is being used or is being given out. I met Barrister (one of the presidential aides on SIP) once and he promised me that for my state (Adamawa) we should get 30,000 women to be given N10,000. Up till now, I haven’t heard from him. I don’t want to raise the alarm that my state does not benefit from it, where SGF came from, I kept quiet because I don’t want people to say that I talk too much.”

But the First Lady appears to be a lonely voice in the wilderness. She has remained the biblical John the Baptist, a forerunner who has thrown caution to the wind and decided to warn Nigerians and the world that it is not well in the presidency and Nigeria.

Her latest outburst against presidential spokesman, Mallam Garba Shehu in which he is accused of meddling in the affairs of the first family and going beyond his brief in calling off an NTA interview in which she spoke about what’s going on in the presidency and threatening to sack the NTA staff and outlawing her position as First Lady is a clear indication that all is not well.

The question is: who is after the First Lady and why? She has said it repeatedly that the presidency has been hijacked by a cabal. It is becoming clear that this cabal includes, Abba Kyari and Mamman Daura, the Chief of Staff to the president and Buhari’s uncle respectively.

The Chief of Staff to the president is a role created and recognized by the constitution for the occupier of that seat to run the president’s secretariat including supervising his personal staff or appointees. By this role, Abba Kyari is the closest person to the president after his wife.

So why are they after the president’s wife? There are lots of conspiracy theories fueled by the division in the presidency. Recall the unfortunate incident that occurred during the late president Umaru Yar’Adua era when yet another cabal from Katsina took the nation on a ride for several months shrouding the true state of the late president’s health in secrecy until the bubble burst.

There is a particular conspiracy theory orchestrated by Nnamdi Kanu claiming that Buhari is dead and buried in Saudi Arabia and that the Queen of England, Queen Elizabeth penned a condolence message to the federal government commiserating with it over Buhari’s demise. Kanu claimed in several videos that Buhari has been replaced by an impostor, named Jubril from Sudan.

Although Buhari during a trip to Poland broke his silence to address the cloning or body double controversy, the speculations have refused to go away and largely fueled by the infighting and rivalry in the presidency. The question then is, what is the cabal fighting over control of if Buhari is in charge?

There are documented instances to show that the president may not have the presence of mind and capacity to lead a complex country that Nigeria is. This is why the cabal has appropriated his responsibilities and taken charge of Nigeria’s affairs.

For instance, at the ministerial inauguration, the president directed all the ministers to deal directly with the chief of staff on matters relating to meetings with him and other matters. What then would the president be doing after abdicating his constitutional responsibilities to his chief of staff?
He told the newly inaugurated minister that “In terms of coordination, kindly ensure that all submissions for my attention or meeting requests be channelled through the Chief of Staff, while all Federal Executive Council matters be coordinated through the Secretary to the Government of the Federation.”

It would also be recalled that from the inception of the Buhari presidency, Kyari has been the only one to present documents for Buhari’s approvals. Even in matters relating to assent of bills where the National Assembly leadership is usually in attendance, Kyari usurps that role.

Just last month, Kyari drew the angst of civil liberty organisations and several other activists for jetting out to London with the Amended Deep Offshore Bill for Buhari, who was vacationing in London to sign. No other legislator accompanied him on that trip.

So how does this affect the First Lady? Given the scenario that played out during the late Umaru Yar’Adua’s era, it appears the cabal, already aware of Aisha’s non-conformist stance, has decided to keep her away as much as it can from the corridors of power so as not to rock the boat.

While former First Lady, Turai Yar’Adua headed the cabal during her late husband’s era, the present cabal views the president’s wife as an outsider who can not be trusted. If there is anything the cabal is concealing, it is believed that once the First Lady is privy to such information, she could possibly let the cat out of the bag.

On the accusation leveled against Shehu of being disloyal to the first family and taking orders from the cabal, it is possible that Shehu who operates within the presidency already understands power relations and who calls the shots. It is doubtful that Shehu would take orders from a Daura or Kyari if he had access to his principal or if his principal was in charge.

The First Lady is gradually emerging as a defender of the vioceless people and a fearless advocate of freedom of speech and expression. Nigerians should seize the opportunity and look beyond sentiments but intrinsically at a veiled message she is transmitting which is: join me to wrest Nigeria from the hands of the self styled cabal. 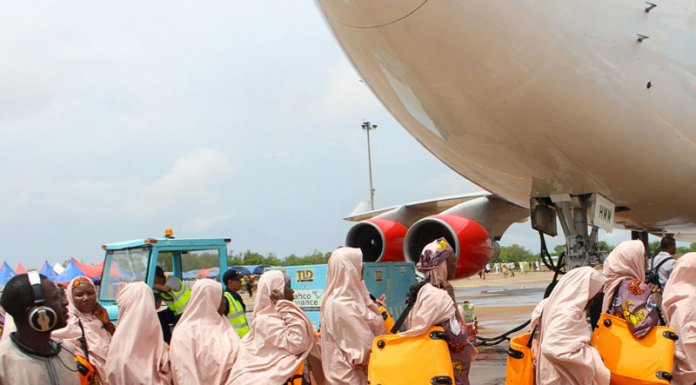 Gabun Dogo: Nigeria Under Siege, Those in Authority Must Sit Up