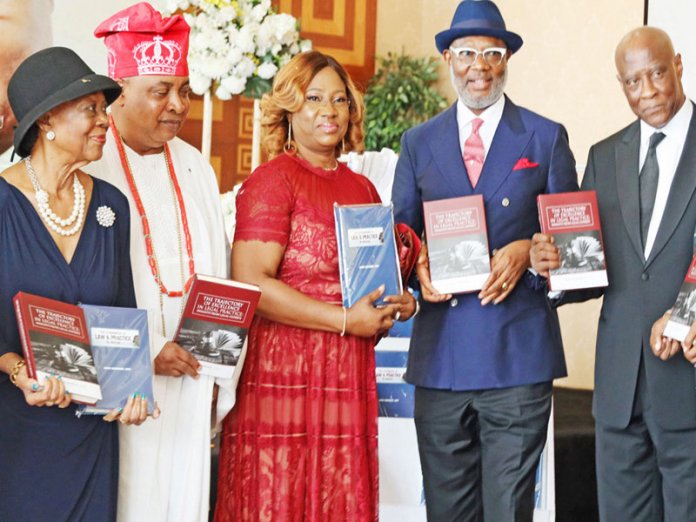 At a time when people celebrate their birthdays with pomp and ceremony, senior lawyer, Mike Igbokwe SAN, used his to pen down knowledge for future generation, Davidson Iriekpen writes

The Ballroom of the Oriental Hotel, Victoria Island, Lagos was filled to capacity. Almost all the invited guests were lawyers with a majority Senior Advocates of Nigeria.

Judges of the Federal High Court and National Industrial Court were equally in attendance to celebrate one of their greatest minds in legal profession.

Also in attendance were the Chairman of United Bank for Africa (UBA) Plc, Mr. Tony Elumelu and Managing Director/CEO of Fidelity Bank Plc, Nnamdi Okonkwo and other strong captains of industry. Royal fathers and traditional rulers were equally present.

While the Speaker of the House of Representatives, Femi Gbajabiamila, was there in person, Lagos State Governor, Babajide Sanwo-Olu sent a representative.

They all came to celebrate Mr. Mike Igbokwe SAN, who as part of the activities marking his 60th birthday, presented two books to the public – ‘The Trajectory of Excellence in Lagos Practice: Insights from Legal Experts,’ and ‘Dynamic of Law & Practice in Nigeria.’

Virtually everybody who was present at the event had one very good and impressive comment or the other to make about the celebrant. They all attested to his strong determination, hard work and perseverance. First to speak was the chairman of the occasion, Capt. Emmanuel Ihenacho, who appreciated Igbokwe for doing well in life and in his chosen profession. He attested to the serious-mindedness he bring to the fore any time he is undertaking a job.

Ihenacho said he was not surprised that today, the celebrant is successful and recalled how he knew him in Apapa as a much more younger lawyer. He added that the celebrant is not an extravagant or frivolous person.

“I really do not have much to tell the celebrant but to say that you have done very well, and going forward, God will continue to bless your and family to continue to do well. Congratulations,” he concluded.

Gbajabiamila on his part recalled how he had known Igbokwe almost all his life. He stated that two great qualities he admires about him are his determination and perseverance. He equally noted how diligent and sincere he has always been, adding that these qualities have greatly influenced his growth and success in life.

The Speaker said at a time when people celebrating their birthdays with pomp and ceremony, the celebrant decided to pen down knowledge for future generation.

Others who spoke highly of Igbokwe were Governor Sanwo-Olu who poured encomiums on him for making great success in his chosen profession and using to law to uphold mankind.

Also, the first female SAN in Nigeria, Mrs. Folake Solanke, described him as very dependable person and man with great regards for gender. She appreciated him for contributing to legal scholarship and wished him more successes in life.

The Akarigbo of Remoland, Oba Babatunde Adewale Ajayi, reiterated how fantastic and hardworking the celebrant is.

“He is fantastic professional. You have been a good friend. I knew the role you played during my coronation. I pray God to always be with and family, and take you to greater heights.”

The two books were reviewed by Prof. Fabian Ajogwu SAN, and Mr. Kemi Pinheiro SAN. While Ajogwu, a thoroughbred academic and scholar used his sonorous diction and oratory prowess to hold the audience spellbound all through the period he dissected ‘The Trajectory of Excellence in Lagos Practice: Insights from Legal Experts,’ Pinheiro used his power of advocacy to mesmerise the audience while reviewing ‘Dynamic of Law & Practice in Nigeria’ when it was his turn to speak.

The books capture the personal experience of the leading experts in various fields of law such as administrative and constitutional law, banking and finance law, environmental law, maritime, among others.

Not only did the reviewers recommend the books as good read, they added that they contain key nuggets and principles needed by young and older lawyers who need to discover their path in the legal profession.

At the end, it was not lost on the audience on why they had gathered -to celebrate one of the their own, bosom friend, professional colleague and great mind – Mr. Mike Igbokwe SAN, for hitting diamond.

Igbokwe graduated from theUniversity of Lagos with anLL.B in 1983. He was called to the Bar in 1984 after graduating from the Nigerian Law School. In his quest for specialisation in his chosen profession, the learned senior advocate proceeded to the Lagos State University, Ojo where he bagged Postgraduate Diploma in Maritime Law with Distinction in 1999. Still not satisfied, bagged an LL.M in Maritime and Commercial Law from the same university in 2004.

He is experienced and skilled in drafting and perfecting various legal documents and in conducting various civil, criminal and arbitration matters in trial, appellate courts and tribunals respectively.

Igbokwe is a committed, highly-motivated, versatile, widely-experienced and result-oriented lawyer, who is consistently a key player in and a contributor to the development of the maritime transportation, corporate, legal, dispute resolution and commercial sectors of the Nigerian and global economies.

He was for two years, 2016-2018, the Chairman of the Energy and Power Committee of the Chartered Institute of Arbitrators Nigeria. In December 2018, in recognition of his track record, wealth of experience and commitment to the Chartered Institute of Arbitrators Nigeria, he was appointed a member of the Governing Council of the Institute. He is a Member of International Chamber of Commerce, Nigeria and Executive Council Member of the Maritime Arbitrators Association of Nigeria.

He is also a notable Business Insolvency, Restructuring and Rescue Practitioner who has acted as Receiver-Manager for various shipping and other companies on behalf of Asset Management Corporation of Nigeria (AMCON) and other financial institutions. He has presented papers at international seminars organised by Insolvency International (INSOL) and locally by AMCON and Business Recovery & Insolvency Practitioners Association of Nigeria (BRIPAN), a Member Association of INSOL. Some of the papers are, ‘Receivership under the AMCON Act: Scope and Application’, presented at the 2017 AMCON Interaction with the Federal High Court Judges and Justices of the Supreme Court and the Court of Appeal and; ‘Receivership Under the AMCON Act: Application and Scope’ delivered at the 2016 AMCON’s Annual Seminar for External Solicitors on the AMCON Act.

He was also a Panelist who discussed the topic ‘Business Rescue & Restructuring-Looking inward in a Global World’, at the 2018 International Conference of BRIPAN. He is a Fellow of BRIPAN (FBR). In December 2018, he was appointed a member of the Governing Council of BRIPAN.

Igbokwe continuously informs, educates and shares legal experiences with the public. He advises commercial and banking clients and informs policy makers and lawmakers in the transportation and commercial fields through his articles, consultancy services and works on topical issues.

He is one of the select few who assiduously worked and advocated for the enactment of the Cabotage Act, 2003 and wrote the most comprehensive book on maritime cabotage titled, “Nigerian Maritime Cabotage Law and Policy: The Case and Advocacy.”

He also extensively researched on and drafted the Bill on “The Suppression of Piracy and Other Unlawful Acts at Sea (and Other related Offences)”, sponsored by the Nigerian Maritime Administration and Safety Agency (NIMASA) and the Federal Ministry of Transport. In addition to his expertise in the shipping industry, he was appointed as the Africa Regional Representative in the Maritime and Transport Committee of the International Bar Association for three years (2016-2018). He is the 2nd Vice President of the Nigerian Maritime Law Association, an affiliate of the Comite Maritime Internationale (CMI).

As a result of the foregoing positions and roles, he had developed the ability to define issues, strategise, propose solutions and implement changes that significantly add value and contribute to the positive development and progress of the firm’s clients and the relevant sectors. 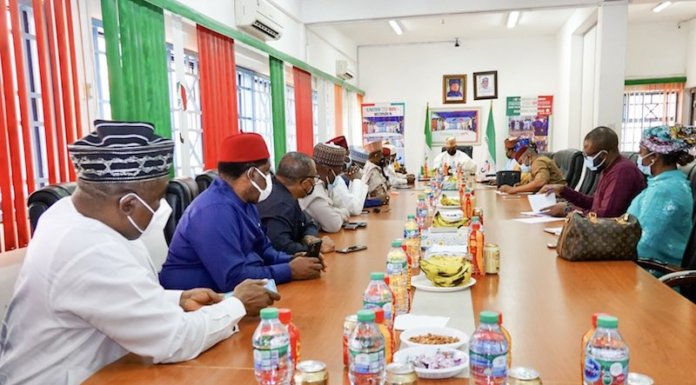