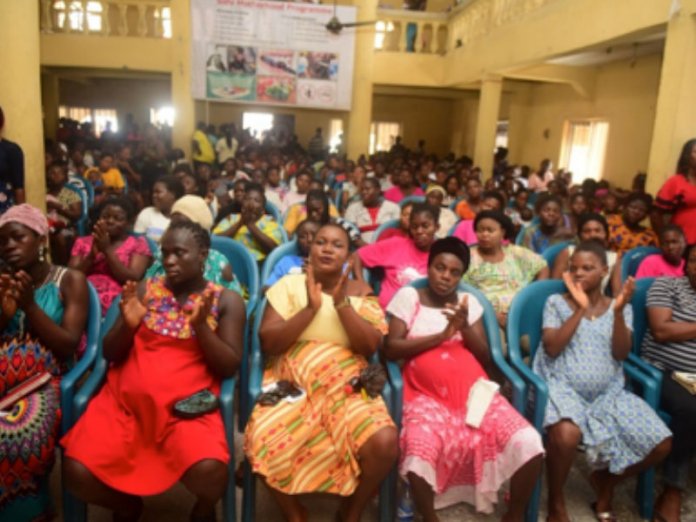 “If among you, one of your brothers should become poor, in any of your towns within your land that the Lord your God is giving you, you shall not harden your heart or shut your hand against your poor brother, but you shall open your hand to him and lend him sufficient for his need, whatever it may be.”

The above biblical extract from Deuteronomy chapter 15, verse 7 to 8 explains what humanity and existentialism should be about, a line, which the CBN Africa had practically demonstrated with its Operation Blessing (OB).

Patients received medications including analgesics, multivitamins, and supplements, surgical and dental consumables. Antibiotics and other control medications were dispensed as prescribed by the regulatory body of the Nigeria free of charge.

The targeted beneficiaries were the indigent, the elderly, retirees, widows, pregnant women, lactating mothers, orphans and children. Many of them appeared with various health challenges such as cataract and glaucoma, Sexually Transmitted Diseases (STDs), communicable and non-communicable diseases such as malaria and Hepatitis B & C infection.

Surgeries such as hernia, lipoma, hydrocele, and appendix, virginal prolapsed and fibroid were also attended to, even as 166 pregnant women and lactating mothers also received a special pack of multivitamins to boost their nutritional and immunity status during and after delivery.

40 children from ages six months to five years benefited from the Vitamin A supplement distribution during the programme to boost their immunity, while a total number of 680 patients also received medicated glasses after consultation.

It likewise attracted eminent personalities from the state such as Nigeria’s former Minister of Aviation, Kema Chikwe and the Executive Governor of Imo State, Honourable Emeka Ihedioha.

The community and its elders were overwhelmed and richly blessed by the visit as they termed the medical mission a “Divine Visitation”.

More recently, the OB likewise brought succor to the Internally Displaced Persons (IDP’s) in Gbajimba Local Government Area of Benue State, about 60 kilometres away from the major highway.

The humanitarian intervention which was made possible by the of donation of ready-to-eat meals by Erisco Foods Ltd, distributed 36,800 packs of ‘On the Go Food Warmer’ (ready-to-eat meals) to a total population of about 5,673 people, consisting 973 men, 1,458 women, 3242 children and 126 pregnant women, at the Gbajimba IDP camp.

Many of the beneficiaries, especially women and children reported that they hadn’t eaten a meal that day, prior to the distribution. Consequently, OB’s presence at the camp with the ready-to-eat meals made a whole lot of difference in their lives as each individual at the camp got a share of approximately seven meals from the distribution.

Speaking with THISDAY, a resident of the camp, Mrs. Elizabeth Adams, couldn’t thank the organisation enough because she was earlier worried on how she, her husband and nine children would have fed that day. According to her, “I had no clue where the next meal will come from until CBN’s OB showed up. This meal is our first meal for the day”.

The distribution was carried out in the presence of the Benue State Commissioner for Information, Culture and Tourism, Hon. Ngunan Addingi; who is also a partner and ambassador to CBN Africa, and as well as Officials from the State Emergency Management Agency (SEMA).

Addingi said, “I thank God for this day. Indeed, I am overwhelmed with what I am seeing on ground. On behalf of the government of Benue state, I say thank you to OB and Erisco Foods for providing these meals for our people. I will continue to do my best to ensure that the lives of the less privileged are uplifted. As you can see, this IDP is very far from the main highway; therefore, aid is not reaching them. Most charity organisations visit other IDP camps located by the road.”

Also speaking, the Regional Director, CBN Anglophone West Africa, Dr. Felix Oisamoje expressed his deep appreciation to the management and staff of Erisco Foods for empowering CBN Africa, to be able to take help to the neediest part of the nation.

According to him, “CBN’s deep desire is to use resources committed to its hands by its partners to help the poorest of the poor. That explains why all our humanitarian projects like free medical services, cleft lip surgeries, women and youth empowerment, clean water wells, disaster relief and rural clinic projects are located in rural areas.
Our hope is that more affluent Nigerians and organisations will continue to support CBN to take this much needed help to exactly where they are needed.”

In his reaction, the President and CEO of Erisco Foods Limited, Chief Eric Umeofia, noted that Erisco Foods was inspired to make its gesture in recognition of the worrisome plights of IDP’s scattered across the nation.

He said, “The donation was aimed at easing the plight of the IDPs and to show support to the CBN Africa’s commitments to end people’s suffering in the country through their commendable humanitarian feats.”

Umeofia who is an avid advocate for made-in-Nigeria products, also urged Nigerians “to buy our own products as that is the only way to rebuild our economy, create employment, stop kidnapping as well as stem restiveness and criminality in our polity”.

The Head of the Partners Relations Department, CBN Africa, Mr Enoch Oyeduntan while commending the kind gesture of Erisco Foods, called on other notable persons and philanthropists in Nigeria to financially support the humanitarian gestures of CBN Africa, as this will go a long way in helping them meet the growing demands for aids across the country.

According to him, “Such financial support will help bankroll the free medical outreaches, water well, life-impact surgeries, disaster relief, widows and orphans’ empowerment interventions we provide to the needy. I also commended the 700 reign in Nigeria.”