Minister of Niger Delta Affairs, Senator Godswill Akpabio, has pulled out of the scheduled senatorial rerun in Akwa Ibom State.

The minister, in a letter to his party, All Progressives Congress (APC), said he would not participate in the planned Akwa Ibom North West rerun poll.

The former Senate minority leader in the Eighth Senate in a letter dated December 2 and addressed to the National Chairman of the APC, Mr. Adams Oshiomhole, attributed his withdrawal from the senatorial rerun to the huge responsibility his position as Minister of Niger Delta Affairs has placed on him.
He, therefore, asked the party to find a replacement for the rerun.

He said: “I have taken into consideration the critical national assignment bestowed on me by Mr. President, which will be of immense importance to Nigerians and in particular the indigenes of the Niger Delta region and have resolved to remain as a Minister of the Federal Republic of Nigeria to further discharge my contributions and services to our great fatherland.”

According to him, he cannot abandon such a critical assignment in pursuit of a rerun.

Akpabio urged the party to write the Independent National Electoral Commission (INEC), in line with Sections 33 and 35 of the Electoral Act, 2010, and submit a replacement to run in his place.

He also urged the APC chairman to prevail on the Chairman of INEC, Prof. Mahmood Yakubu, to redeploy the Electoral Commissioner (REC) in Akwa Ibom State, Mr. Mike Igini, if free and fair elections must be held in the senatorial district.

The Court of Appeal had in November ruled that a rerun election should be held in some parts of Ikot Ekpene Senatorial District after Akpabio had challenged the declaration of Ekpenyong as the winner of the February 23 senatorial poll. 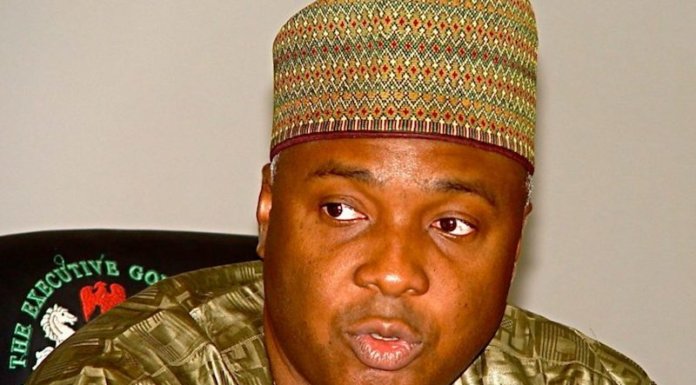