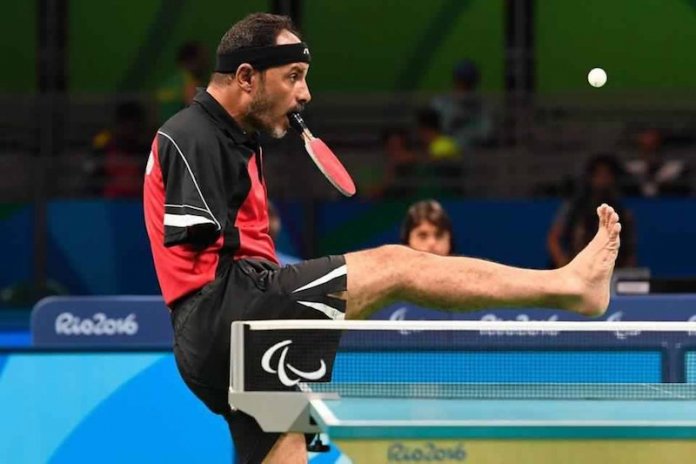 Rio 2016 Paralympian and internet sensation, Ibrahim Hamato will be part of the Egyptian team coming to Nigeria for the maiden ValueJet Para Table Tennis Open holding on December 19 to 21 in Lagos.

Hamato lost both his arms as the result of a train accident when he was 10. In an interview with CNN the Egyptian said: “In our village, we could only play, at that time, table tennis and soccer that’s why I played both. It was logic to play soccer first due to my case; then I played table tennis as a challenge.

Hamato has also won an appreciation award under 6th Edition of the Mohammed bin Rashid Al Maktoum Creative Sports Award for the category of athlete who achieved success in sports despite major humanitarian challenges after earning second place and winning the silver medal during the African Para table tennis Championships in December 2013.

According to the project consultant, Sunday Odebode, the presence of Egyptian team who are one of the top playing nations in Africa would add glamour to the tournament holding at the Molade Okoya-Thomas Hall of Teslim Balogun Stadium.

“We are excited to have Hamato in Lagos because he has been an inspiration to a lot of people across the world and we believe his presence in Lagos would again inspire special athletes to aim high despite their challenges.

“It promises to be exciting and we cannot wait to have some of the top teams already confirmed for the championship in Lagos. Preparation is ongoing to ensure a hitch-free tournament and we believe hosting this kind of the competition will put Nigeria on the world map and give our players the chance to test might with some of the best in Africa in readiness for Tokyo 2020 Paralympic Games in Japan,” Odebode said.