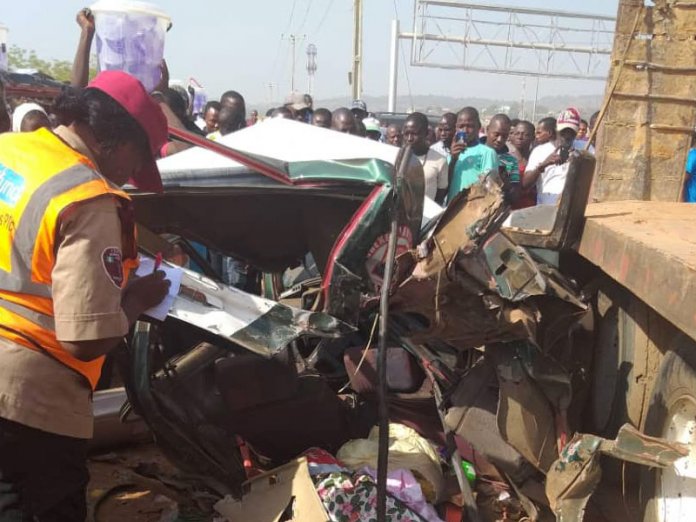 A middle- age woman died instantly on Wednesday morning when an articulated vehicle ploughed into several vehicles, at the Kugbo Hill, Nyanyan along the Abuja- Keffi Road.

Eye witnesses said the accident occurred at about 10.00 am, when the trailer developed a brake failure while it was about descending the hill. In the process, the driver lost control of the vehicle, when it crushed the other vehicles on its path.

The accident caused an excruciating traffic snarl on both sides of the Abuja- Keffi Road as pedestrians stopped to join the emergency agencies in the rescue operation for the affected persons and in controlling the traffic.

Incidentally, the accident occurred moment after the members of the FCT Minister Task Team on Traffic control, on routine daily operation cleared the road back set of traders.

Speaking after the accident ,the FRSC Unit Commander in charge of Nyanyan, Arinze Agu, said that it would have been a different story entirely had the Task Team not removed the traders from the road during the morning operation.

Our correspondent saw several vehicles and charred vehicle parts littering the road when he visited the scene. 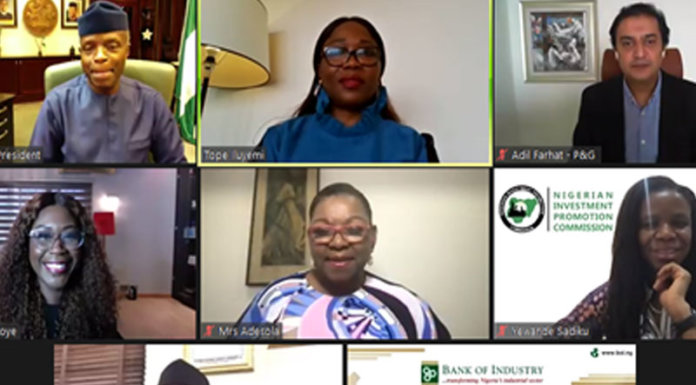