As part of efforts to sensitise young adults on the realities of emotional abuse among others, the Nurturer recently organised the maiden edition of Hope Beyond Abuse for students of Reagan Memorial Baptist Girls Secondary School.

The event, which took place at the Genesis Hall of Yaba Baptist Church, hosted over 500 girls, addressing critical issues on dealing with and overcoming the blows of emotional abuse.

At the event with the theme ‘Conquering Emotional Abuse at the Home Front’, several memories were also shared.

The founder of the Nurturer, Miss Folashade Ayeni, who is an alumna of the school, said the Hope Beyond Abuse is one of the dual pivot scheme of the Nurturer and it is targeted mainly at teenagers and young adults to sensitise them on the realities of emotional abuse, assist them to identify abusive relationships, words and actions, help them build the courage to speak up and seek help at all times.

She announced plans to replicate the programme in other secondary schools in order to reach as many teenagers as possible, adding that the other scheme which is targeted at parents- ‘While You Nurture’, would encourage conscious parenting and good parenting skills. The scheme will be launched on the International Day of the Parents, mid-next year.

Ayeni stressed that if awareness is made to reach the potential victim or abuser, “we would be raising an army of great adults.”

The guest speaker at the event was Mr. Tim Atimoe, often referred to as “the Mind Doctor”, a certified life coach, and a Neuro Linguistic Programming Practitioner; and Mrs. Princess Happy Odunowo a public speaker and software engineer. 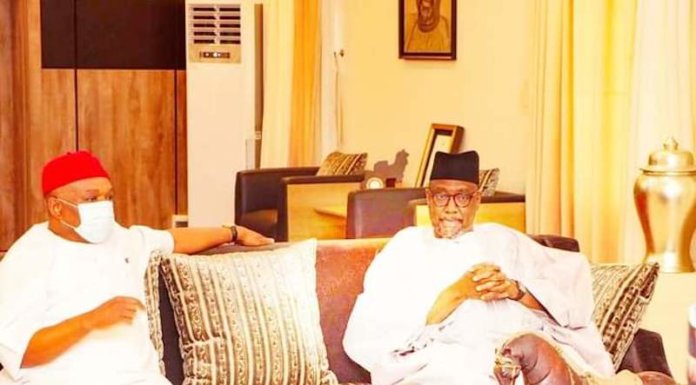