The Edo State Governor, Mr. Godwin Obaseki has denied knowledge of an All Progressives Congress (APC) rally planned to hold in Benin City, on Friday, December 13.

In a chat with journalists after the security meeting with heads of security agencies in the state at Government House, in Benin City, the Edo State capital, the governor said, “I have checked with the state APC secretariat and as far as I am concerned, the party has not announced officially that they will be having a rally.”

Meanwhile, the Edo State APC Chairman, Barr Anselm Ojezua, in a statement on Tuesday, said the purported rally is provocative and capable of disrupting peace in the state.

Governor Obaseki said issues of public safety was reviewed at the security meeting particularly in relation to the yuletide season.

“The issue of public safety is a major concern to us as a government and this being the last security council meeting for the year, we had to put up measures in place to tackle security challenges,” he said.

The Edo State Commissioner of Police, Mr. Lawal Jimeta, said the State Police Command and other security agencies are working to prevent a planned clash by rival cult groups in Benin metropolis.

The Commissioner revealed this in response to viral videos on the internet posted by members of rival cult groups threatening to kill themselves in the Benin metropolis.

Jimeta said the Police has studied the videos by the rival cult groups and is taking decisive action on the threats.

He noted that a committee has been set up to tackle cultism in the state with a view to checkmating cult-related activities.

On his part, Edo State APC Chairman, Barr Ojezua, said the attention of the party has been drawn to an information being circulated by some unauthorised people to the effect that the APC in the state is receiving some new members on Friday 13, December 2019, at Garrick Memorial School, Ekenwan Road, Benin City.

He noted that neither the state governor, Mr. Godwin Obaseki who is the leader of the APC in Edo State nor other leaders of the party is aware of the purported declaration rally, adding, “It is therefore highly provocative and capable of creating breach of peace.”

Ojezua urged members of the APC in the state not to have anything to do with the event, adding, “The organisers of that event are sufficiently seasoned and experienced as politicians to know the proper procedure and tradition usually attendant to this sort of event.” 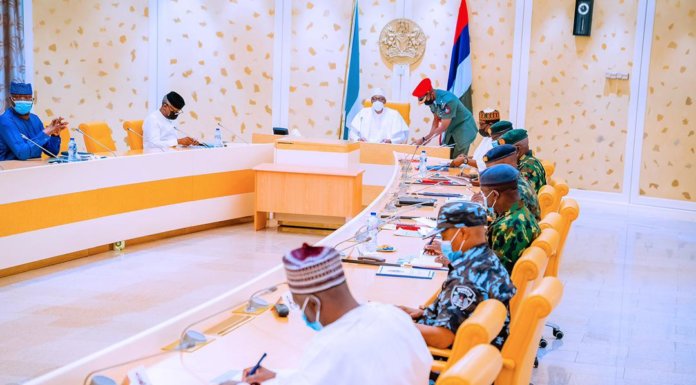 As Boko Haram Closes in on Abuja…