The market recorded losses in all the five trading days, driving the year-to-date decline to 14.5 per cent. In terms of sectoral performance of the five sectors tracked, only the NSE Consumer Goods Sector rose by 1.71 per cent. The NSE Industrial Goods Index recorded the highest decline of 1.27 per cent, trailed by the NSE Banking Index with 1.16 per cent. The NSE Insurance Index shed 0.87 per cent, while the NSE Oil and Gas Index shed 0.43 per cent.

All other indices finished lower with the exception of NSE Pension, NSE Consumer Goods and NSE Lotus II indices which appreciated by 0.03 per cent, 1.71 per cent and 0.97 per cent respectively,
“In our view, given the risked off sentiment dominating the domestic market, we expect the market to shed points in the coming week, except we see a policy-driven catalyst. Nevertheless, valuations remain attractive, hence we expect pockets of gains over the final month of the year as fund and portfolio managers realign portfolios prior to the start of 2020,” said analysts at Cordros Capital.

Performances of other exchanges across Africa showed that the Egypt EGX30 index recorded the highest decline 1.6 per cent, while Morocco’s Casablanca MASI went down by 0.7 per cent. However, on the positive side, Ghana’s GSE Composite rose 2.8 per cent to lead gainers. The Mauritius’ SEMDEX Index and Kenya’s NSE 20 appreciated by 0.1 per cent apiece.

Across the BRICS, South Africa’s FTSE/JSE All Share index closed flat, while the Brazil Ibovespa recorded the largest gain of 2.8 per cent buoyed by lingering optimism over the US-China trade war and a better-than-expected GDP data. Also, the China Shanghai Composite inched up by 1.4 per cent, just as Russia’s RTS Index rose 0.1 per cent. Conversely, India BSE Sens was the lone loser, down 0.9 per cent due to negative investors’ sentiment towards the central bank’s decision to maintain its repo rate.

In Asia and the Middle East, performance was bearish as four out of the five indicators declined. The Qatar DSM 20 Index led with a decline of 2.0 per cent, trailed by Turkey’s BIST 100 index shedding 1.9 per cent. Saudi Arabia’s Tadawul ASI and UAE’s ADX General indices fell went down by 0.6 per cent and 0.3 per cent in that order. On the positive side, Thailand’s SET Index appreciated 2.0 per cent.

However, performance across the developed market was bearish despite lingering trade optimism that a phase one trade deal would be finalised before the 15 per cent tariffs on $165 billion in Chinese imports kicks off in December 15, 2019.

In the United States the S&P 500 and NASDAQ indices fell 0.7 per cent and 1.1 per cent respectively. The United Kingdom FTSE All-Share declined 1.3 per cent. France’s CAC 40 Index dipped 0.7 per cent, due to a strike resulting from President Emmanuel Macron’s plan to rebuild the country’s pension system while Germany’s XETRA DAX index inched lower by 0.6 per cent. On the positive side, Hong Kong’s Hang Seng and Japan’s Nikkei 225 indices rose 0.6 per cent and 0.3 per cent respectively.

According to Afrinvest, there are still odds over the size of Chinese agriculture purchases as President Donald Trump is asking China to purchase $40 billion to $50 billion of farm goods a year, higher than $8.6 billion bought last year.
“However, China has agreed to waive import tariffs for some soybeans and pork shipments from the United States. Elsewhere, OPEC and its allies (OPEC+) met in Vienna to agree on an oil production cut with the aim of propping oil prices. At the end of the Thursday meeting, there were indications that an additional 500,000 bpd cut may be agreed with the support of Russia, bringing total production cut to 1.7 million bpd,” Afrinvest said.

Market turnover
Meanwhile, the volume and value of trading fell to 952.697 million shares worth N12.774 billion exchanged in 17,279 deals last week from 1.161 billion shares valued at N13.174 billion that were traded in 18,142 deals the previous week.
But the Financial Services industry remained that most traded recording 690.986 million shares valued at N6.787 billion traded in 10,718 deals, thus contributing 72.5 per cent and 53.13 per cent to the total equity turnover volume and value respectively.

Top price gainers and losers
In terms of price movement, 19 equities appreciated in price during the week, lower than 31 equities in the previous week, while 35 equities depreciated in price, higher than 32 equities in the previous week. Royal Exchange Plc and Unilever Nigeria Plc led the price gainers with 17.3 per cent apiece. Trans-Nationwide Express Plc and Niger Insurance Plc trailed with 10 per cent apiece. 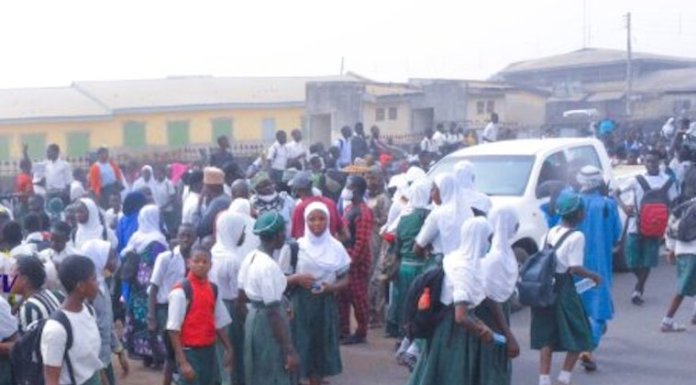