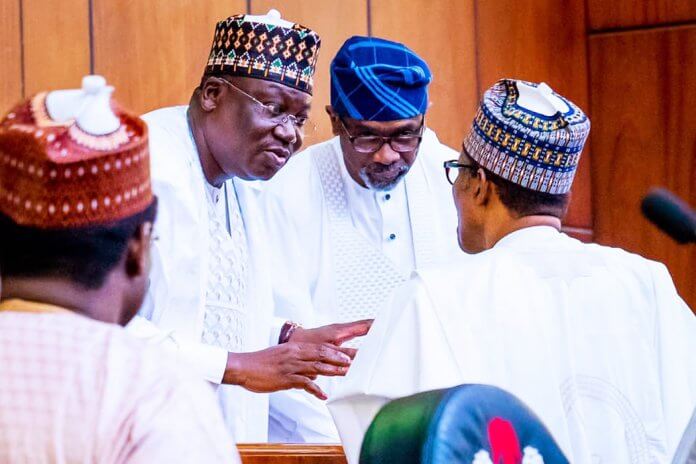 Despite the assurances given last month by the Independent National Electoral Commission (INEC), that it was going to improve on its performance in subsequent elections, the outcome of the November 16 governorship polls in Kogi and Bayelsa States fell short of the promise by INEC.

Report from both local and international observers on the two elections indicated that the polls were neither free nor fair as there were reported cases of late commencement of voting, over voting, snatching of ballot boxes, voter intimidation and vote buying, among others, involving all the political parties that participated in the polls.

Apart from these identified electoral infractions, there were also reported cases of outright killing of voters especially, in Kogi State, where Peoples Democratic Party (PDP) Women Leader, Mrs. Acheju Abuh, was hacked to death in her home in broad daylight.

Interestingly, all the Senators that spoke on the issue were non-partisan in their contributions as they spoke as a people, who abhored any form of violence in the nation’s electoral process.

The Senate, while frowning at the wave of electoral violence recorded during the recent gubernatorial elections in the two states, also called on the Inspector-General of Police, Mohammed Adamu, to arrest and prosecute the killers of Mrs. Abuh in Kogi State.

This followed the adoption of a motion titled: “Curbing Electoral Violence” and sponsored by Senator George Sekibo, who quoted report of the National Human Rights Commission, saying about 58 people were killed in 61 incidences of election violence across 22 states in the country between January and February, 2015.

He observed that political thuggery increased in 2019 compared to previous elections, adding that privileged politicians used either armed thugs or security agents to disrupt smooth polls. To him, the recent violence witnessed during and after the elections in Bayelsa and Kogi States called to question the credibility of the electoral process in Nigeria.

In his words, “The resultant effect of the electoral mayhem would reduce the credibility of our electoral process and deepen hatred as well as widen the gap of our unity.”

He accused INEC of not being strong enough to withstand the pressure exerted by the political system and the electoral misconducts that accompany it continue to threaten the deepening of democratization process.

He further stressed that, “This negative effect of electoral violence in the country would continue to reduce the citizens’ confidence in the democratic process as well as heighten the fears of possible democratic collapse.”

Senate Minority Leader, Senator Enyinnaya Abaribe, in his contribution condemned in no terms, the violence reported in the two states, stressing that some people had been known and seen to perpetuate violence and yet nothing was done to them.

“Once nothing is done to somebody, once nobody pays the price for criminality of this nature, it only creates further violence and so, what we should also add there is that the law enforcement agencies must be up to.

“The husband of the woman that was killed in Kogi has identified those who killed his wife and till today nothing has been done to them. All that we have been hearing is all manner of excuses for that and we will also say this; where there is now a pattern, if you don’t curb it through the use of enforcement, you will only see that pattern continue to grow and we would want to urge all the legal instrument that can be used in this country to be able to curb electoral violence”.     Also speaking, Senate Leader, Senator Yahaya Abdullahi, emphasised that the issue of electoral violence can be traced to the emergence of the Fourth Republic in 1999.

“The specter of violence and its attendant consequences is one of the unhealthiest events in the country, and for which I believe that all of us politicians irrespective of the various parties we belong to have a responsibility to address and to curb, otherwise we will all become victims.”

He stressed the need for the security agencies to be alive to their responsibility in this trying period.

“There is the need for us to urge the security agencies to really do their jobs. They should arrest and bring to book the perpetrators of the dastardly act, who are known. It is important if the minority leader and myself can come up with a by-partisan bill to look at the punishments for electoral violence, and see how we can raise a law to effectively tackle electoral violence, because electoral violence knows no partisanship. All politicians on all sides are guilty.”

The upper chamber was therefore unanimous in condemning the spate of election-related violence in the country and observed a minute silence in honour of those, who lost their lives in the recent electoral violence in Bayelsa and Kogi states.

While urging the National Orientation Agency (NOA) and INEC, to carry out a detailed campaign against electoral violence in subsequent elections, the Senate further advised the security agencies to expeditiously apprehend perpetrators of electoral violence in all the areas, where they occurred and bring them to book.

Summing up the contributions, Senate President, Dr Ahmed Lawan, described the motion as a very important one, adding that, “the minority leader and the Senate leader spoke the minds of all of us here.”

According to him, “no party is free from this blame, and it is for us politicians to continue to enlighten our people to face politics as a game of ideas. I believe that those who perpetrated violence especially, in the last elections in Bayelsa and Kogi should be apprehended and prosecuted. I believe that this is the way to go; people should pay the price of their actions,” Lawan said.

At the Green Chamber, however, the incidents associated with the polls in the two states had been assigned for investigation with a view to unearthing what actually happened.

Sadly, what ordinarily should have been a non-partisan debate on the floor of the House, considering the degree of violence that greeted the two states during the elections, later degenerated to altercation between lawmakers of the All Progressives Congress (APC) and the PDP.

At the resumed plenary last Tuesday, Deputy Majority Leader, Hon. Toby Okechukwu, had moved a motion of urgent national importance on the need for the House to investigate the widespread violence witnessed during the November 16, elections in the two states.

Though the House, after amending the motion, reluctantly agreed to carry out investigation on the security breaches and violence that happened during the elections.

He stressed that, “If you allow me, I have an amendment from here too. The rules are hereby suspended for me to move my amendment. I have suspended the rules to make my amendment.

“Just the facts of what happened without reference to any political party, so that such is not used against PDP or APC in court. We will allow the courts to do their work. So, if the report contains reference to any party, that report will not be considered on the floor of this House.”

But Okechukwu in his submission recalled the alleged claims by top officers of the Nigeria Police Force that the Police had prior intelligence that the elections would be violent and that fake officers were responsible for the said violence.

He also recalled that 66,241 police personnel were deployed for the elections comprising 35, 200 to Kogi and 31, 041 to Bayelsa States respectively, as confirmed by the Deputy Inspector General of Police, AbdulMajid Ali in charge of operations few days to the poll.

Okechukwu expressed concern that in spite of such massive deployment of security personnel, coupled with the intelligence reports, the elections witnessed such degree of violence resulting in the death of Mrs. Abuh.

He also made reference to reports released by Civil Society Organisations in the aftermath of the elections that security officials were complicit in the violence and disruption that characterised the governorship elections.

According to him, the Youth Initiative for Advocacy, Growth and Advancement (YIAGA) and Situation Room called for cancellation of the elections following the role of security agents, who though saddled with the constitutional responsibilities of maintaining the rule of law and the defence of citizens’ rights, were alleged to be colluding with thugs to steal ballot boxes or actively participating in disrupting polling units.

Hon. Bamidele Salami, in his contribution, said what happened in Kogi and Bayesla States go without saying that the present state of the country’s election process was not the best state.

Hon. Kingsely Chinda said the House has the constitutional mandate to look at the issues and pass legislative solutions to correct the anomalies in the electoral process.

The Chief Whip, Muhammed Monguno, said there was need not only for attitudinal change, but paradigm shift in the way and manner Nigerians conducted themselves.

He emphasised that election should not be a do-or-die affair saying, “How long are we to continue to witness this ugly scenario in our body polity? Any of us can initiate a bill for the establishment of electoral offences commission. There is need for us to establish a commission that is saddled with the responsibility of prosecuting electoral offenders, because the police are overwhelmed in tackling other offences.”

But Hon. Shetimma Ali, wondered why the House was investigating the matter after President Muhammadu Buhari had already ordered investigation, stressing that there was no reason for bringing the motion to the floor of the House.

When the debate was drifting towards party lines, Okechukwu clarified that he intentionally left out the issue of political parties in his motion, noting that it was the reason why he only talked about the security breaches.

Responding to insinuation that the report of the investigation might jeopardise the court case, he stated: “No party is in Court, or are we saying so in anticipation? We are not seeking to condemn the election or the security. We are just saying we should investigate what happened.”

Unfortunately, the debate was reduced to political parties affairs. Indeed, the country still has a long way to go in having a legislative arm that priortises the development of the country, rather than the one that will sacrifice the country’s unity, because of party affiliation.

With the shoddy conduct of the Bayelsa and Kogi gubernatorial elections by INEC, it has shown very glaringly that the electoral body still needs to put its house in order especially, with the issue of electoral personnel and distribution of both sensitive and non sensitive electoral materials as it prepares for another off-season elections in Anambra and Edo States next year, ahead of the 2023 general election.