There are strong indications that the synergy between the Nigeria Football Federation (NFF) and the Head Coach of Super Eagles, Gernot Rohr is no longer smooth following the query the football house issued to the coach yesterday evening.

The Franco/German tactician was hired 2016 and the relationship has been very cordial and he went on to qualify the senior national team to the last World Cup final last year in Russia and the AFCON 2019 finals in Egypt both with a game in hand aside the third place finisher at the continental event.

But yesterday, the Glass house queried the coach to explain reasons behind several breaches of the contract that he signed with the body, which forbids him to divulge to the public/media information on some aspects of the contract.

The NFF’s Technical Director, Bitrus Bewarang said Rohr’s new-found love for disclosing information beyond technical matters to the media is highly unprofessional and against the spirit and letter of his contractual relationship with the football –ruling body.

“In as much as we appreciate the work that Mr. Rohr has been doing with the Super Eagles in the past 40 months, his recent penchant for breaching provisions of the contract he signed with the NFF and the Code of Conduct for coaches is not good for the relationship.

“The NFF wishes that Mr. Rohr continues in the job because of the team he is building for Nigeria which looks promising and has earned some good results since he took charge, but he cannot continue to nonchalantly cause the NFF as a body, and Nigeria as a nation, reputational damage through his utterances and actions,” Bewarang said.

Bewarang, who was assistant to Clemens Westerhof when the Super Eagles qualified Nigeria for her first-ever FIFA World Cup and won the Africa Cup of Nations in Tunisia in 1994, pinpointed Clause N of the Code of Conduct for coaches, which states that “coaches must not by their actions or inaction cause NFF or the Federal Government of Nigeria any harm, reputational damage or embarrassment, nor do anything directly or indirectly to undermine their contract with the NFF.”

While Clause 19 of Mr. Rohr’s contract with the NFF states that “the parties hereto agree that specific contents and especially the financial details of this contract shall be confidential and therefore agree to undertake whatsoever measures are necessary to preserve its confidentiality…,” Clause 11.2.5 was clear that “the coach shall refrain from talking to the press on matters outside his terms of employment i.e he can only talk to the press on technical matters about the Super Eagles. He cannot talk to the media about any confidential subjects or issues other than technical matters only relating to the team and the development or state of Nigerian football, technically.”

Bewarang regretted that Rohr has continually and flagrantly disrespected the provisions of his contract and the Code of Conduct for coaches, divulging information at every turn to generate negative reports about the NFF and Nigeria in the public space.

“As at today, the only money that the NFF is owing Mr. Rohr is the differential in his new contract (about $30,000) which our financial advisors have to align and interface with AITEO before payment (as the improved contract came into effect in the last half of the year), and which process was concluded on Friday last week. He will soon be paid. Mr. Rohr has talked about bonus from the 2019 AFCON, which is not contractual but discretionary on the part of the Federation. The present NFF started the policy of paying players a percentage of tournament bonus during the 2018 FIFA World Cup just to motivate them, outside their bonuses and allowances.

“We did not pay any bonus for the 2021 AFCON qualifying matches against Benin Republic and Lesotho because we are in the process of negotiating with the players on a new template of bonus payments based on performance after qualification for championships. This is still being discussed.

“The NFF is very much alive to its responsibilities but will not tolerate disrespect for the body and the country Nigeria by anyone. NFF can never be happy owing coaches in its employ which is the reason why the present administration took the unprecedented step of putting in place a sponsor specifically to pay coaches’ salaries. Last week, we paid all the National Team coaches and we are putting in place mechanism to ensure we don’t owe them going forward. We commend AITEO for its belief in the NFF and for always making funds available to pay the coaches.”

The NFF Technical Director expressed deep appreciation to all the partners and sponsors of the football –governing body for their commitment to the letter and spirit of their contracts with the football Federation.

editor - August 12, 2020 2:55 am
4
BY KAYODE KOMOLAFE (THE HORIZON) It is an irony of Nigeria’s history that while today’s political parties are bereft of ideologies and articulated programmes, an... 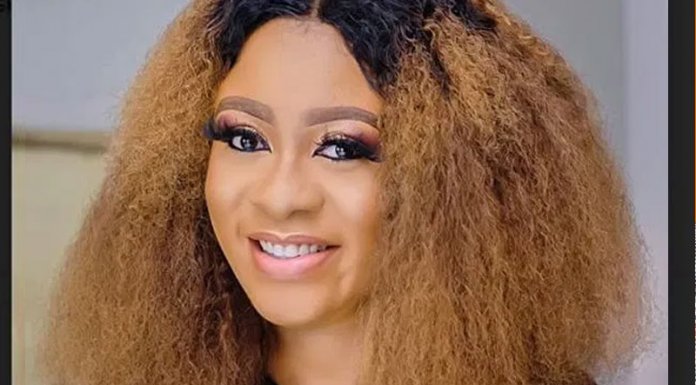 Madam Olu: Inspiring Women with The Delta Beauties on Instagram