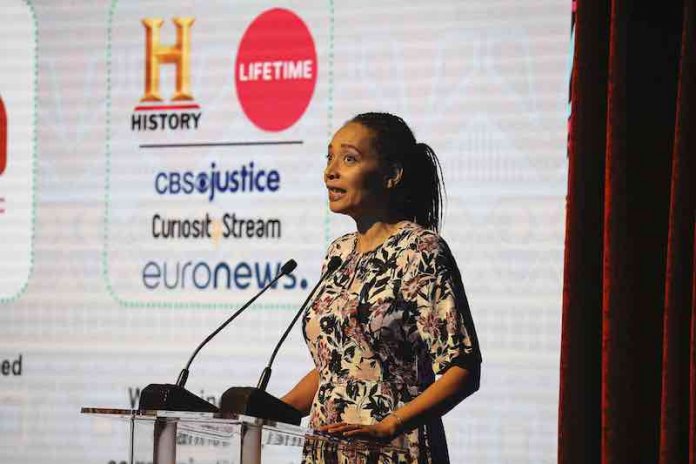 Leading video and entertainment company in Africa, MultiChoice soared to a record high with the number of views it got from its local and international content this year. The Group recorded four million views for the season finale of the HBO fantasy drama television series ‘Game of Thrones’ which aired in April, while the fourth season of the reality show Big Brother Naija garnered 240 million votes.

“We now have 18 local languages channel across the continent,” said CEO General Entertainment MultiChoice Group, Yolisa Phahle at the MultiChoice Media Showcase in Johannesburg, South Africa recently. “There is no video company in the continent that produces content in 18 languages.”

The company’s local content library reached 54,000 hours with the slew of programmes it has on its platforms. At the media showcase last year, the company targeted launching  local formats in other regions which it achieved this year with the launch of Pearl Channel in Uganda and the ‘Date My Family’ reality series in Botswana.

“The  portfolio of local content production carried out by MultiChoice is geared towards ensuring the video entertainment industry across the continent thrives and grows to compete with the best in the world.”

In sports, the Group recorded incredible viewership with the launch of WWE channel.

“At first, people were skeptic about the channel because of the entertainment appeal but we have recorded great viewership from the launch of WWE across the continent,” said Gideon Khobane, the SuperSport CEO. It also played a pivotal role in supporting the South African rugby team, the Springboks, who made history at the 2019 Rugby World Cup Finals.

Through its third party channels, MultiChoice reached a milestone with the partnership with HBO’s sister channel Cinemax and ZDF for the production of ‘Trackers’. The action thriller television series according to Phahle recorded soaring views and reflected the value of premium content on the platform.

Also, its OTT platform Showmax which launched in Nigeria this year recorded significant growth. Phahle disclosed that there  are about 48% increase growth in the overall user base.

The strong performance of the company indicated its dominance in the continent and commitment to bring local and international content to its over 11 million subscribers in the continent.

The company showcased a rich portfolio for its 2020 calendar. New and exciting movies and series such as Lone Star (January 2020), Why Women Kill (January 2020), Prodigal Son (March 2020) will be shown on the M-Net channels. Viewers will also enjoy a dedicated pop up channel to the popular American actor and film producer Tom Cruise in March 2020.

Following the success of the Big Brother Naija show, MultiChoice Nigeria announced a new reality show ‘Ultimate Love’ which will start airing on February 9, 2020. The dating reality show will see 16 singles (Eight males and eight females) living together in the same house for eight weeks with the hope of finding their special one.They will engage in a series of locally inspired activities as couples with viewers voting off their least favorite couple on a weekly basis. The winning couple will be rewarded with a lavish traditional wedding ceremony, a fully furnished home among other prizes.

Mba-Uzoukwu revealed that the Nigerian version of ‘Date My Family’ will be launched in January 2020. Other contents billed for next year include ‘Doctor Laser’ as well as returning shows such as Comedy Nites.

“These shows reiterate MultiChoice’s commitment not only to create platforms for sharing Africa’s stories, but to continue its investment in the development of local content and local talent,” said Mba-Uzoukwu.

MultiChoice also announced that it will be launching Trace Gospel Music Channel on December 18, 2019 while another Trace music channel dedicated to Ghana audience will be launched in March 2020.

Khobane disclosed that SuperSport will  broadcast live every medal event in the Olympics  which will be held in Tokyo, Japan next year.

“We will also introduce new channels on the DStv Now app and we will ensure that the highlights are delivered timelessly across all our platforms.”

Some of the new channels that launched on DStv this month include documentary channel, CuriosityStream; crime channel CBS Justice (Channel 170); and news channel, EuroNews.

MultiChoice further pledged its commitment to  improve customer service, noting that the introduction of DStv app, GOtv app and DStv’s Self Service on WhatsApp were geared towards offering value-added service for customers.

“We will continue to increase our local content and most importantly our industry development which we already started with the MultiChoice Talent Factory and Magic in Motion. And as we continue to develop our various markets, we are committed to consolidating the company’s position as Africa’s most loved storyteller. We work tirelessly to bring you the best in entertainment and sports and to deliver technology platforms that are Incredible. We are committed to bringing you local and international content from anywhere, anytime and in a sustainable way. We are elevating local content production in Africa, using African stories and backdrops to find global audiences,” concluded Phahle.

When a Nation’s Soul is Kidnapped