The House of Representatives has threatened to discontinue the 2020 appropriation and budget process of the Ministry of Niger Delta Affairs over the appointment of the three-man Interim Management Committee of the Niger Delta Development Commission (NDDC) by the minister, Godswill Akpabio.

The House took the decision at the plenary yesterday following the adoption of a motion on the urgent need to stop the illegality in NDDC, which was moved by Hon. Ossai Nicholas Ossai.

Ossai said one of the core mandate for the establishment of the Commission is the implementation of the set rules and regulations, projects and programmes for the sustainable development of the Niger Delta areas.

He stressed that in October 2019, President Muhammadu Buhari ordered for a forensic audit of the operations and activities of NDDC from 2001 to 2019, which he said was in line with what the House has done.

Ossai noted that precisely, on October 29, the president, through the office of the Secretary to the Government of the Federation (SGF), announced the appointment of 15 new NDDC board members, whose names were thereafter sent to the Senate for confirmation.

According to him, “Disturbed by that, in the evening of the same October 29, 2019, and to the utter consternation of all Nigerians, the Minister of Niger Delta Affairs, Senator Akpabio, brazenly announced on Channels Television the sacking of the acting Managing Director of NDDC, and the appointments of a three-man NDDC Interim Management Committee, which he directed to manage and run the affairs of NDDC for the next six months.”

The lawmaker noted that shortly after the appointment of the three-man interim management committee, the Senate confirmed the 15 NDDC board members sent to it by the president in fulfillment of NDDC Act.

He expressed worry that the speed and curiosity with which the minister hurriedly set up a three-man interim management committee was stunning and suspicious.

Ossai acknowledged the fact that in practice, any existing vacancy in the office of the managing director of NDDC is usually filled temporary by the highest director in the order of seniority and ranking,

The Delta State federal lawmaker said with the confirmation of the NDDC governing board members by the Senate, the three-man interim management committee of the NDDC recently set up by the minister becomes vitiated, null and void and of no legal effect.

Against this background, the House urged “the minister of the Niger Delta Affairs to withdraw the appointment and the activities of the three-man Interim Management Committee of the NDDC.

“Urge the House of Representatives and the Senate to discontinue the 2020 appropriation and budget process of the Ministry of Niger Delta Affairs until the minister complies.”

The green chamber directed the House Committees on NDDC and Legislative Compliance to implement same. 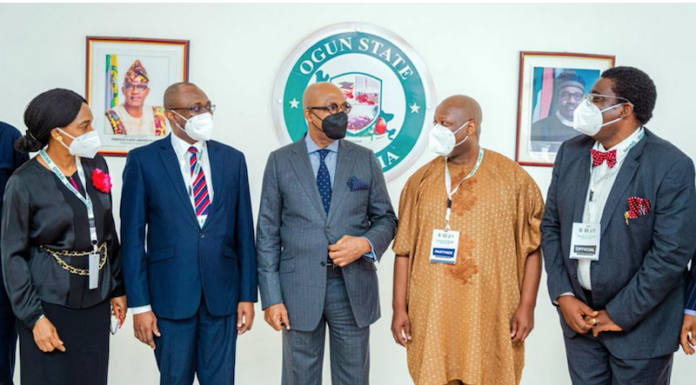