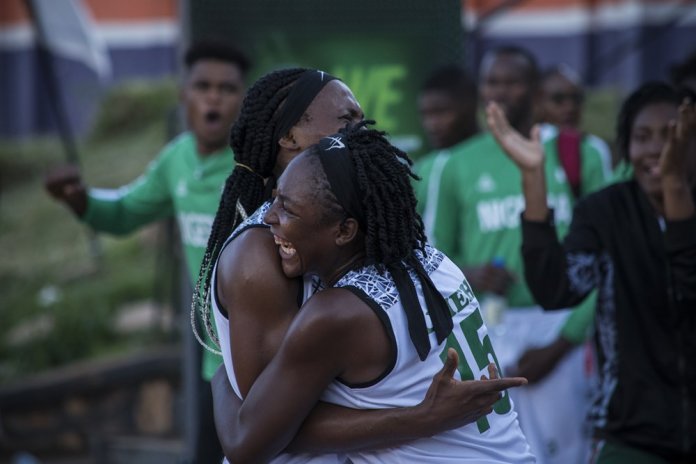 *D’Tigress camp in Maputo bubbles ahead of pre-Olympics qualifiers

Nigeria’s contingent to the FIBA 3×3 Africa Cup of Nations in Uganda recorded a decent result while gaining vital exposure in the basketball tournament.

In the U-18 girls category, Nigeria won bronze after edging out the Democratic Republic of the Congo in the third-place game by 8-6 points.

The girls who lost narrowly to Uganda in the semifinal were determined not to leave the competition without an impression as they settled for bronze.

Mali continued their dominance over the women’s 3×3 in Africa with an incredible 17-4 win in the final over Uganda.

In the U-18 boys, Uganda once again proved to be the undoing of Nigeria at the tournament as the lads lost to the hosts 12-17 points in the third placed game.

Despite the loss, Mustapha Oyebanji who shone brilliantly during the tournament joined Bourama Coulibaly (Mali) and Youssef Helmy (Egypt) in the Team of the Tournament.

Individually, Oyebanji also took home the bronze in the shoot-out contest while Alou Traore (Mali’s men) won gold at the Shoot-out contest after defeating Claris Osula (Kenya’s women) in a tie-breaking play-off round.

Mali defeated Egypt in a nail biting final 14-13 points to win the tournament.

The quartet of Godwin David, Lucky Subel, Agu Ibeh and Victor Koko lost out to Egypt 13-17 points in the quarter-final stage.

The women also lost out narrowly against bitter rivals, Mali 14-15 points in the semi finals.

Meanwhile, D’Tigress camp came alive on Sunday as players and coaches reported to their base in Maputo for the 2020 pre-Olympics qualifiers coming up in Mozambique between November 14 and 17.

Elo Edeferioka who was called up by Otis to replace Elizabeth Balogun who could not make the pre-qualifiers has also reported to Maputo.

Others who reported to camp include Jasmine Nwajei, Adaora Elonu, Aisha Balarabe, Ify Ibekwe, Victoria Macaulay and Pallas Kunnayi-Akpannah who may be making her debut for Nigeria if selected in the final 12-man roaster.

Nigeria is grouped alongside Host- Mozambique and DR Congo in Group A while Senegal will compete against Angola and Mali in Group B.

The team will have its first training session on Monday ahead the event starting on Thursday, 13th of November.

According to FIBA, three teams from Africa will join 14 other teams from Europe, Asia and the Americas to fight for the 10 slots on offer at the Olympic Qualifying Tournament.