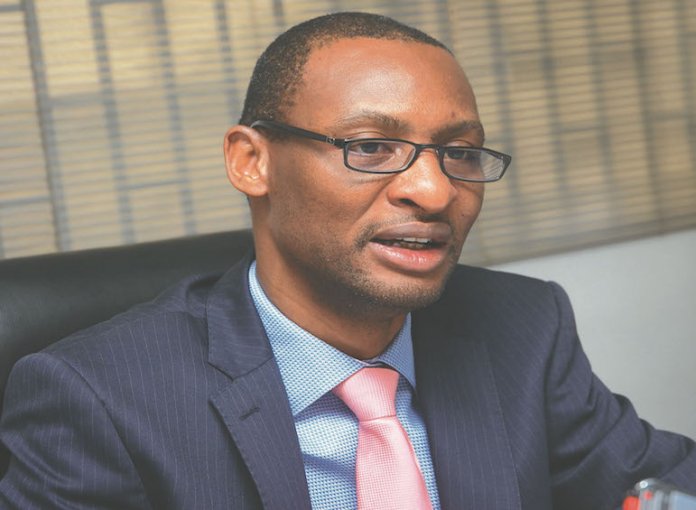 The Founder/Chief Executive Officer of Proshare Nigeria Limited, Mr. Olufemi Awoyemi, has commended the Governors of Lagos and Ogun States, Mr. Babajide Sanwo-Olu and Prince Dapo Abiodun, for finally agreeing to set up the Joint Border Area Development Commission for the two states.

The move is to help catalyse economic development and growth of the states through strategic collaboration, coordination and cooperation, as they share favourable geographical, economic and cultural affinity with each other.

The agreement was reached during a meeting between the two governors at the October 2019 edition of the Trade and Investment Breakfast Meeting of the Nigeria-South Africa Chamber of Commerce (NSACC) held in Lagos.

To this end, Awoyemi, in an article on the agreement, titled: “Lagos-Ogun Partnership for Economic Development -The Thoughts on What Is Possible”, said the meeting between the Governors of Lagos & Ogun States, by all accounts, was long overdue and a fruitful one.

He said: “The trade facilitation goals of contiguous states are better represented by a trade agreement and no formalised one unfortunately, currently exists between the two states. It is therefore a welcome development that such thoughtful consideration has been harmonized through a proposed legal framework with binding agreements or understanding for the setting up of The Joint Border Area Development Commission.

“It is envisaged that the deputy governors of the respective states will co-chair this initiative, even as this presents its own challenges given our political and governance history. The governance structure of the commission thus becomes an issue to be reflected upon in the finalisation of its structure and relationship(s) with inter-state agencies, preferably as a clearing house for efficiency rather than another contribution to the bureaucracy.”

Awoyemi, further noted that the need for strategic collaboration, coordination and cooperation was trite, adding that the realities of culture, commerce and community makes it a necessary and natural thought process that should otherwise occupy the thoughts of the leadership and people of both states.

According to him, the governors of both states gave a reason for optimism, even to those frustrated by the slow grind of governance our current sovereign construct permits.

He added: “Frankly, an immediate announcement on the breadth and width of this joint commission is therefore long overdue, and we expect the Governors to go beyond the pre-work and current efforts at a resolution to announcing an agreement in principle to signal to investors and the populace that action is imminent.

“It is a trite fact that you cannot discuss the Lagos State economy without discussing the Ogun State economy and this is clearly showcased in the Top 5 IGR results of Nigeria.

“On the face of it, Governors Babajide Sanwo-Olu and Dapo Abiodun have built a close relationship and a common affinity; which has enabled them to find a common ground upon which to tackle such serious issues of which the Joint Border Community commission forms a crucial part.”

Also commenting on the initiative, the Managing Director of Phillips Consulting, Mr. Robert Taiwo, said the Lagos/Ogun Partnership Alliance (LOPA) model is the first of its kind in Nigeria and was targeted at addressing issues such as the decongestion of Lagos State, development of a land port, rail and water transportation between both States, private-public partnership (PPP) funding for infrastructural development, a grand masterplan for the integration of both states and extension of their vision by working closely with the development agenda for Western Nigeria (DAWN) Commission; a ‘Lagos /Ogun Integration Summit’ organized in collaboration with DAWN will be a good start.

The partnership, among other things, also sought to address the conclusion of an agreement with the federal government to take over the completion of several federal roads bordering the two states such as the Lagos – Sagamu Expressway which is only at 20 per cent completion.

According to the managing director of Phillips Consulting, for such a model to succeed, “it is important for each State to have a clear vision prior to the initiation of the partnership. The planned partnership must align with the vision of the collaborating states.”

Other key ingredients identified for a successful take off such partnership include leadership, assessment, formalisation, execution, legislation, modeling and mentorship.
“For collaboration between States to be successful, there must be commitment and leadership from the top. This will ensure the elimination of unnecessary bureaucracy, corruption and red tapes,” Taiwo pointed out.