If Nigeria does not kill unnecessary imports, imports will kill the nation, Central Bank of Nigeria (CBN) Governor, Mr. Godwin Emefiele warned yesterday, stating, however, that despite the occasional shocks experienced by the Nigerian economy, the country still remains a rich and high-yield destination for investment.

Emefiele, in a presentation at the second Nigeria-Canada Investment Summit, in Abuja yesterday, told his audience that the country has continually improving social and macroeconomic conditions, as well as a resilient financial sector, supported by brightening outlook and strengthening prospects.
“If we do not kill unnecessary imports, imports will kill us all,” he warned.

This, according to him, is because, by engaging in excessive imports, the much-needed jobs in the country are exported.
He said: “Without jobs, we promote crime, kidnapping and terrorism. The CBN under my watch will use monetary policy to rebalance our imports, promote job creation and lay a solid foundation for a double digit growth in Nigeria.”

Emefiele spoke on the day THISDAY reliably learnt that Nigeria’s border might be shut for much longer than the January 31, 2022 terminal date of the first phase of the security operation that necessitated the shutting of the gates of the country’s land borders.
The borders were shut in September to rein in social and economic saboteurs, who were importing restricted items and illegal weapons into the country through the land borders.

Meanwhile, in his outlook for the economy, Emefiele anticipated that for the rest of 2019 and towards mid-2020, inflation would fall, albeit slowly.

“Though we do not expect a single-digit outcome by end-2019, due to inherent inertia, it would traverse towards the bank’s 6–9 percent tolerance range by 2020,” he added.
He also told his audience, which was made up mostly of foreign investors, that the CBN would continue to work closely with the fiscal authorities to target a double-digit growth by the next five years.

He, however, explained that the pace of population growth at about 2.7 per cent still outstrips real growth rate, while noting that unemployment rate and incidence of poverty remain at unacceptable levels.
According to him, the introduction of the Investors-Exporters (I&E) Window in April 2017, which allowed investors to bring in foreign exchange at the prevailing market rate and also allowed investors to repatriate 100 per cent of their profits, aided improved investor confidence in the Nigerian market and supported inflows of over $55 billion into the Nigerian market between 2017 and 2019.

He stated that the restriction of access to forex supply on 43 items that could be produced locally also aided improved productivity of the manufacturing sector, as the CBN Purchasing Managers’ Index has remained in positive territory for 31 months following the 2016 recession.

“Through our Anchor Borrowers Programme through which small holder farmers had access to finance for their agricultural inputs, we have exponentially grown our agric outputs and indeed, manufacturers have served as credible off takers of the produce from our rural farmers, supporting improved productivity in the agriculture sector as well as the domestication of the supply chain of several manufacturing firms,” he added.

Emefiele also said the recent automation of the central bank’s ‘NXP’ portal would reduce the period for processing critical export documents from two weeks to less than 30 minutes.

He stressed that the measure would significantly improve efficiency for firms primarily focused on the exports markets.
“On the fiscal side, we have the various presidential initiatives aimed at boosting domestic business environment (including the initiative on the ease of doing business), dismantling regulatory bottlenecks, enhancing competitiveness and supporting the growth of the industrial sector.
“These countervailing efforts have continued to yield immense results, as seen in the trajectory of key macroeconomic indicators and the cyclical recovery of the economy since the 2016 recession.

“Since the introduction of the investors’ and exporters’ forex window, the further liberalisation of the forex market and other cocktail of forex policies, we have seen a significant appreciation of the naira from over N525/$1 in February 2017 to about N362/$1 today.
“In addition, we have seen stability in the rate for nearly three years complemented by convergence across various windows and segments of the market.

“Since the establishment of the I&E Window, we have recorded over $50 billion in autonomous inflows through this window alone.
“This reflected the effect of the increased transparency, which that window accorded the forex market and its benign impact of improving investor confidence and business sentiments.

“Our reserves have recovered significantly from a low of about $23.6 billion in October 2016 to over $44.7 billion as at end-June 2019 before easing to about $41.3 billion today. The forex reserves position does not only reflect increased inflow but also our shrewd forex demand management strategy since 2015.

“Noticeable declines were steadily recorded in our monthly food import bill from about $665.4 million in January 2015 to about $160.4 million as at October 2018,” he added.
In addition, Emefiele said Nigeria’s Balance of Payments (BoP) account has remained positive since the fourth quarter of 2016, driven largely by positive balance of trade.

He said the country’s BoP had moved from a negative of outcome of $6.45 billion in 2014 to $13.15 billion in 2017 and $22.34 billion in 2018.
This, according to the CBN governor, reflected both improved export revenue and contained import bill.
While making a comparison with Nigeria’s peers in the league of emerging markets, Emefiele said the country had fared comparably well since the 2016 downturn.
“Nigeria did not perform badly vis-à-vis other emerging market economies like Brazil, South Africa, Turkey, and Argentina, that had similar economic experiences.

“We have been able to keep real GDP growth positive and have avoided a double-dip recession in contrast to some other emerging markets economies.
“Akin to key markets like Brazil, Russia and South Africa, and Turkey, Nigeria slipped into a recession in 2016. While we exited this recession in 2017Q2 and have maintained a recovery trend, countries like South Africa and Turkey have since recorded a double-dip recession with re-occurrences in 2018.
“In Argentina, though the economy was in recession throughout 2016, moderate upticks which peaked at 1.9 percent quarter two of 2017 heralded a recovery. However, the Argentine economy shrank by four per cent in 2018 Q2, bringing the country to the brink of another recession.

“Given rising trade tensions between the US and China, implications of Britain’s exit from the European Union, along with a slowdown in global growth, capital outflows from emerging markets have increased in recent months. These huge capital flow reversals have led to immense pressures on exchange rates, forex reserves, and sharp losses in several emerging markets.

“While Nigeria has not been immune to the effects of the slowdown in global growth, net outflows have been moderate due to our policies that ensured the stability of the I&E forex rate. It was likewise reinforced by attractive yields compared with other key emerging market economies. Investors are also sure that they can exit their positions if they want, which has been crucial in persuading investors to come into the Nigerian financial market,” he said.

He assured the gathering that in the medium- to long-term, the CBN would gradually, but steadily continue to ensure that the market system of price determination applies in the forex market.
“The I&E window will be sustained along with other initiatives that have proven to be successful. The bank will also ensure greater access to forex and will continue to boost confidence in the forex market.

“Most importantly, we will continue to compel banks to undertake their statutory licensed roles of financial intermediation. In this regard, the recently announced policy to raise the domestic loan-deposit ratio from 57 per cent to 60 per cent by end-September and to 65 per cent by end-December 2019 would be sustained, intensified and resolutely implemented.
“This we believe will help to support greater growth and improved investment into the Nigerian economy. I am optimistic that our friends from Canada will work with us in leveraging their strengths towards harnessing some of the immense gains available in the Nigerian market,” Emefiele stated. 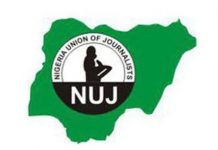 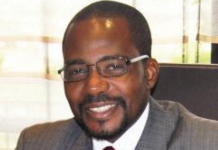 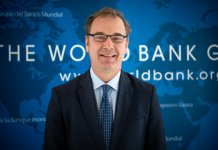 Asaba Court of Appeal Complex to be Inaugurated Feb 3

Asaba Court of Appeal Complex to be Inaugurated Feb 3 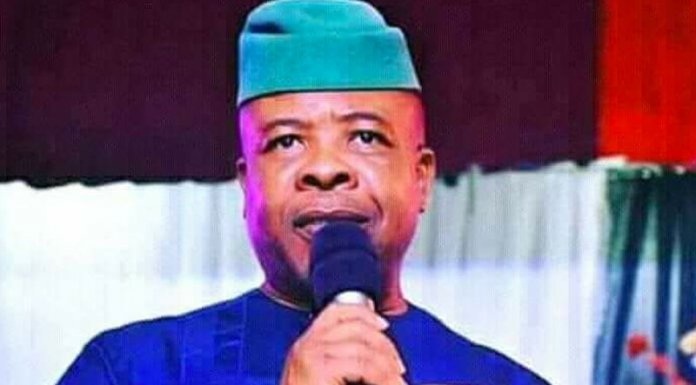