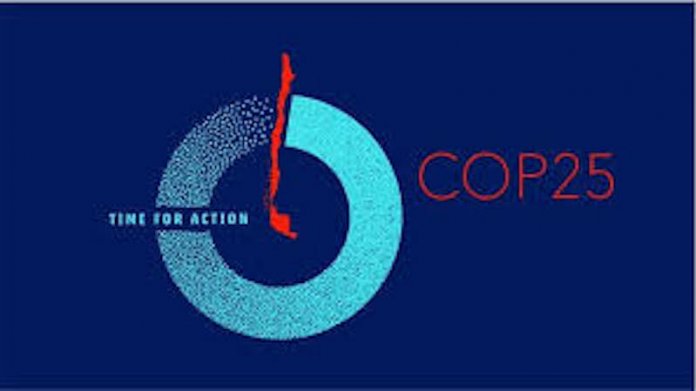 Spain has offered to host the United Nations Climate Change Conference (COP25) in Madrid from 2 to 13 December, following the withdrawal of Chile, the designated host, currently plagued by massive street protests.

“Following announcement, the Government of Chile, as incoming Presidency, has informed me that they received a generous offer of support from the Government of Spain to hold the United Nations Climate Change Conference (COP25) in Madrid on the same dates as originally planned,” said a statement by UN Climate Change Executive Secretary Patricia Espinosa.

“We are hopeful that the COP Bureau can consider this proposed solution as soon as possible. It is encouraging to see countries working together in the spirit of multilateralism to address climate change, the biggest challenge facing this and future generations.”

Hosting a climate COP is a significant political, financial and logistical commitment. The opportunity to serve as a host rotates every year among the five regional groups. It is the turn of the Group of Latin American and Caribbean Countries (GRULAC) to host the 2019 conference.

The UNFCCC secretariat had received a letter from GRULAC presenting the offer of Brazil to host this year’s conference (COP25); this offer would have been presented to and be accepted by the Parties at COP24 in Katowice, but Brazil withdrew.

The next step was that the GRULAC members discussed among themselves and Chile emerged as the host, until the current crisis forced the government to withdraw its offer to host COP25.

If no such offer from GRULAC or any other regional group had not come, the 2019 conference would have been held at the seat of the UNFCCC secretariat as per Rule 3 of the Draft Rules of Procedure of the Conference of the Parties and its Subsidiary Bodies.

Meanwhile, Climate Action Network (CAN) has noted the decision by the Chilean government not to host the UN Climate Summit COP25 that was scheduled to take place between 2 and 13 December in Santiago de Chile, saying “We stand in solidarity with the people of Chile in their ongoing pursuit to hold their government accountable and to improve the lives of all and not just a few.”

The Network said, “Social justice is at the core of fighting the climate and ecological crisis. We support the Chilean Civil Society for Climate Action (SCAC) who wish to keep a space open to advance dialogue and progress on environmental issues in Chile.
“The mobilisations that we are seeing in Chile and other countries in the Latin America are clear evidence of the need to implement transformational changes of the current development paradigm towards a new model of development based on social justice and environmental sustainability which can be clearly achieved by implementing the proposals of the IPCC 1.5°C Report,” said Alejandro Aleman, Climate Change officer, Centro Humbold, Nicaragua and Coordinator for Climate Action Network Latin America.

CAN has been deeply concerned by the heavy-handed response of the Chilean government towards civil discontent and protests in recent weeks and the deployment of force in suppressing the free movement and assembly of people. We extend our heartfelt sympathy to the families, friends, and colleagues of those who have been denied their right to demonstrate peacefully, been threatened, abused and lost their lives during this crisis.

The network is concerned that by not hosting this COP, this could open the way for continued or escalated repression of the Chilean people. We urge the government instead to use this opportunity to build a peaceful and inclusive resolution to the crisis as the foundation for a new social pact.

“Irrespective of where and when COP25 takes place, we will continue to pay close attention to the situation in Chile to ensure that the overarching principles of social justice and human rights are protected, especially also in the COP,” said Tasneem Essop Interim Executive Director of Climate Action Network International.
Social injustice and the climate crisis have a common root cause and climate justice and solidarity is fundamentally about the protection of human rights and a better quality of life for all.

This decision to reschedule COP25 must not detract from the political urgency to address the climate crisis and the need for countries to substantially increase their ambition by 2020 on all fronts- from accelerating emission cuts and the shift away from fossil fuels to 100% sustainable renewable energies, to addressing harmful climate impacts including through increasing financial support to vulnerable communities. These are essential ingredients for climate justice. The postponing of the COP must not be used as an excuse to delay this. We urge the UNFCCC Secretariat and the possible new COP25 host country to ensure that COP25 is accessible and inclusive in all aspects.