The Senate, last week, commenced the screening of nominees for NDDC Board as minority party members squared up in the House, report Deji Elumoye and Adedayo Akinwale

The Niger Delta Development Commission (NDDC) has been in the news for different reasons lately. While the Presidency hinted of its plan to carry out forensic audit of the Commission, the Senate through its committee on Public Accounts had cause to probe the alleged jerking up of the contract for the clearance of water hyacinths on the Niger Delta waterways from N2.5 billion to N65 billion.

Just last week, the Niger Delta Affairs Minister, Senator Godswill Akpabio, set up an interim committee to run the affairs of the NDDC. Earlier, President Muhammadu Buhari had forwarded a letter dated October 18 to the Senate President, Dr. Ahmad Lawan, requesting for the confirmation of a 16-man Board for the NDDC.

With the reading of the President’s letter at Senate plenary last Tuesday, it was referred to the Senate committee on Niger Delta Affairs, headed by Senator Peter Nwaoboshi, which had since screened 15 out of the 16 nominees while the remaining nominee is expected to be screened tomorrow, Monday, ahead of the resumption of plenary on Tuesday.

Also, last week, the Senate Appropriations committee headed by Senator Barau Jibril commenced the budget defence sessions with the various sub-committees, which is also expected to end by Tuesday.

At the House of Representatives, last week, key players in the Minority leadership tussle appeared to have put the past behind them and the Ninth House is therefore set for a robust opposition and constructive criticism.

Unlike 2015, when the ruling All Progressives Congress (APC) failed to achieve its choice of Principal Officers in the Eighth Assembly, the then Senate President, Bukola Saraki emerged against the party’s choice of Ahmed Lawan, the incumbent Senate President.

In the same way, Yakubu Dogara emerged against the party’s choice of Femi Gbajabiamila, the current Speaker of the House of Representatives. But the ruling party got its political permutations right this time around and had its way in the Ninth Assembly as its choice of Principal Officers emerged.

However, the main opposition party, Peoples Democratic Party (PDP), got its hands burnt, when its choice of Minority Leader of the Ninth House, Hon Kingsley Chinda, failed to emerge, as the members asserted their independence by electing Hon Ndudi Elumelu instead.

At the end of the day, 111 out of 127 lawmakers nominated Elumelu for the job. So, even before normal activities resumed on the floor of the House, the battle line was already drawn.

Interestingly, the PDP that had claimed to have rebranded, repositioned and rejuvenated overreacted and subsequently suspended Elumelu, and six other members of the party for “indiscipline, insubordination and disobedience”.

Without mincing words, the opposition party in the ninth House got off on a wrong footing due to imposition from the ruling party and that set the opposition lawmakers slightly aback.

But the recent turn of events in the green chamber has however shown that Chinda has tactically withdrawn from the leadership tussle in the House and the key players in the leadership melee have put the past behind them.

With the party’s suspension of Elumelu and others still subsisting, it is high time the party recoiled into its shell by lifting the suspension. While the suspension does not diminish the positions of those suspended in the House, the party would be the greatest beneficiary if it presented a united front in the green chamber.

Morseo, considering the way Elumelu emerged, the PDP caucus is poised to provide robust opposition and a constructive criticism in the Ninth House as most key players in the earlier leadership tussle had decided to sheathe the sword.

Besides, Elumelu’s role during the celebrated power probe in the House gives more credence to the kind of leadership to be expected in the green chamber, whereby constructive criticism would be provided without being seen as anti-government.

During deliberation on the 2020 budget, Elumelu, in his contribution, lamented that, “to effectively manage the family is no longer attainable. When you tell a farmer or a civil servant that we are actually reducing the inflationary rate, to them, what informs the reduction in inflationary rate is that there is value to their take home. But, I don’t think that is the case today as Nigerians are suffering.

“Workers before now can spend N500 on transport on a daily basis, but I can tell you that is no longer the case. In most instances, you see people earning N10,000 and spending N2,000 on transportation daily, that is difficult for them. And my worry is that one, we will wake up, see people on the street facing us and asking us to pack our load and get out of the chamber, because Nigerians are suffering and things are difficult.”

Against this background, he said opposition in the House would subject the N10.3 trillion 2020 budget to thorough legislative scrutiny to ensure that it reflects the general aspiration of over 200 million Nigerians.

The Minority Leader did not stop at that, in a recent statement, he frowned at reports that certain committees barred the media from covering their budget defence sessions. He was of the opinion that budget defence must be in the open and transparent so that Nigerians are fully carried along in all the processes leading to budgetary decisions in all critical sectors

To this end, the minority has directed all opposition members in various committees to ensure strict compliance with the democratic principles of transparency, accountability and prudence in the budget planning, as well as in the implementation oversight of both the capital and recurrent components.

Elumelu maintained that though the House had resolved to pass the budget before the end of the year, the details, particularly the capital expenditure items and implementation modules must meet the yearning of Nigerians before the budget is passed into law.

He said the opposition recognised the fact that Nigerians look up to them to protect their interest on critical issues that directly affect their lives, particularly on budget planning and implementation in key sectors.

“Given the sorry state of our infrastructure, the opposition must ensure that the votes earmarked by Mr. President for the rehabilitation of roads, power infrastructure, health services, agriculture, water resources, education, among other critical sectors are thoroughly scrutinised to guarantee full implementation as well as reflect the federal character principle across board.

“Consequently, the details of the N2.46 trillion capital budget must be dissected and adjusted accordingly to ensure that critical needs of Nigerians are adequately accommodated, as well as to plug waste and eliminate budgetary corruption at every stage.”

The minority leader further assured that the opposition would take critical look at all revenue projections from Value Added Tax (VAT) and other tax regimes so as to ensure equity and fairness and to guarantee that the masses are not overburdened in the process.

He said the opposition would fully monitor the implementation of special intervention funds for the unemployed, welfare of the Internally Displaced Persons (IDPs) in the North East and other parts of the country to ensure that the money is not diverted as witnessed in the past under a former Secretary of the Government of the Federation (SGF).

Elumelu raised a motion of national importance at the resumption of plenary last Tuesday where he urged the House to stop the planned Operation Positive Identification (OPI) by the army. He argued that the operation would strip Nigerians of their constitutionally guaranteed freedom of movement.

He insisted that the operation by the Army is a recipe for possible militarilisation of Nigerians, as such plan by the army would lead to the infringement on fundamental rights of Nigerians, as enshrined in the 1999 constitution (as amended).

The Minority leader noted that the nationwide operation would also amount to an indirect imposition of a state of emergency across the country by the Army. Elumelu said such proposed military operations that involves direct contact and regulating of civilians could result in abuses and serious safety issues, especially at this time the nation is battling with the scourge of victimisation and extrajudicial killings.

In his contribution, Hon. Ahamadu Jaha commended Elumelu for raising such motion. He said travelling from Abuja to Maiduguri before took not less 14 hours under normal circumstances, and asked how many days it would take if the army should commence the operation.

“While I’m in support of the motion, I will like to emphasise that if our security Chiefs are out of idea, they should let Nigerians know about that so that they can voluntarily give way for other people who have new ideas on how to fight insecurity in this country.

“Lastly, we better face the reality, we have a lot to do with these military men particularly in the North east, they should go and be providing offensive operation, offensive attacks to Boko Haram in north east; banditry in North West and other parts of the country. This is not an idea at all. I condemn it in totality.”

Also, Hon. Toby Okechukwu said that the army was simply trying to engage in an exercise that is not within their purview. He said it is a known fact that they are short of manpower, while wondering why the army is now deploying the little manpower they have on Nigerians.

The House, therefore, resolved that the army should therefore develop pro-people strategy in confronting our security challenges instead of measures that would further victimise the people

The House further urged President Muhammadu Buhari, as the Commander-in-Chief of the Armed Forces to review the situation and stop the army from commencing planned operation scheduled for November 1, 2019, to make way for further consultation.

Such, is the kind of constructive and robust engagement the ninth House would be witnessing with the Elumelu-led opposition in the green chamber. 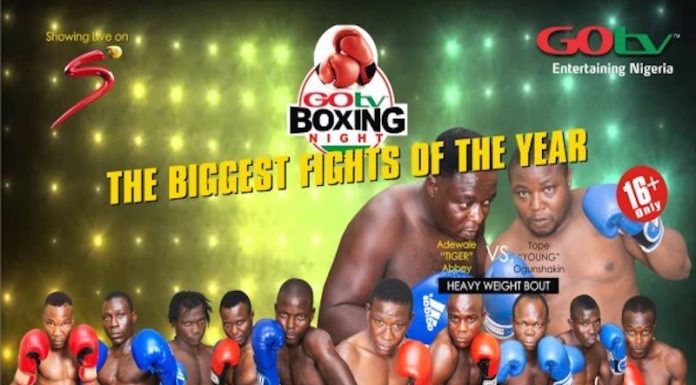