The table does not lie after 10 matches and 16th versus 11th in the Premier League says everything about the underachievement of two teams harbouring far greater ambitions.

Everton have won their last two games at Goodison Park in league and cup yet, having suffered another avoidable loss at Brighton last weekend, even if controversial, it feels Marco Silva remains only one bad home defeat away from a full-blown crisis.

Tottenham suffered their fifth defeat of the campaign on Merseyside last Sunday but showed enough quality on the counterattack at Liverpool to encourage Mauricio Pochettino.

The two teams who have endured disappointing campaigns to date will face off today when Everton welcome Tottenham Hotspur to Goodison Park.

The hosts go into the weekend sitting only two places and two points above the relegation zone, while Spurs are also in the bottom half having won just twice in the league since the opening day of the season.

Today will be the first time these two teams have met while both have been in the bottom half since April 2004, and for Spurs time is running out to turn their form around if they want to at least salvage a top-four challenge this term.

Eight points already separate Mauricio Pochettino’s side from the Champions League spots, while leaders Liverpool are a full 16 points clear of Spurs 10 games into the season following their victory when the two sides met last weekend.

The Londoners will hope for a happier trip south from their second Merseyside visit in as many weeks, but they have picked up just one point from their last three league games and have only won six of their last 22 in the top flight.

Indeed, Spurs have amassed only 23 points from those 22 games – an average which, spread over a 38-game season, would leave them just short of the 40-point mark generally required to guarantee safety.

It is no exaggeration to suggest that Tottenham have been in relegation form for more than eight months now, then, and another defeat on today would be their 19th of the calendar year across all competitions – their most since 2008.

Incidentally, 2008 was also the last time they failed to pick up more than their current tally of 12 points from their opening 10 games of a season, and it is their away form which is the biggest reason behind that.

Only Everton and Norwich have picked up fewer points on the road this season, and remarkably Tottenham’s wait for an away Premier League win stretches all the way back to January, since when they have accrued a measly two points from the 33 on offer.

Indeed, Spurs’ only two away league victories in 2019 as a whole came against Cardiff City and Fulham, meaning that you have to go back to their last visit to Everton – in December 2018 – for their most recent win away to a team currently in the top flight.

It is a woeful record for a side that reached the final of the Champions League last season, but they will be hoping that a return to Goodison – where they won 6-2 just before Christmas last year – will spark a much-needed end to their troubles on the road.

It certainly looks like a good opportunity to get back to winning ways on paper, with Spurs unbeaten in their last 13 league games against Everton in a run which stretches back to December 2012.

Only the bottom three have conceded more goals than the Toffees after 10 games of the season, while their run of five defeats and just one win from their last six league games leaves them rock bottom of the form table too.

Coupled with Tottenham’s travel sickness, that provides a significant reason for Everton to be optimistic, although they may also need some of the luck which deserted them against Brighton & Hove Albion last weekend.

The Toffees led 2-1 heading into the final 10 minutes at the Amex, only to controversially concede a VAR-awarded penalty before Lucas Digne’s 94th-minute own goal compounded their misery. 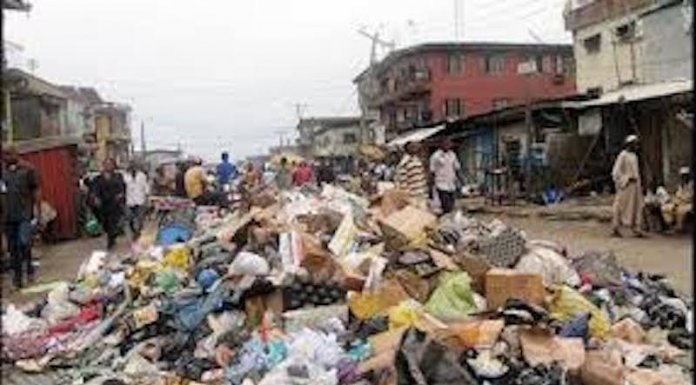 Empowering the Vulnerable in Nasarawa