The reforms initiated by Governor Aminu Tambuwal in the payroll system of the state have started yielding results as the state has uncovered leaks in the payment of salaries of civil servants and has moved to plug the leakages by weeding out ghost workers from its payroll.

THISDAY gathered that with the reforms targeted at plugging leaks in the payment of salary and allowances, the state government will save about N500 million monthly from the original payroll.

A government source who does not want his name mentioned because he was not authorised to speak on the issue confirmed this to THISDAY.

The source said for several years some officials took advantage of the loopholes in the old payroll system to milk the state of its meagre resources by enrolling ghost workers and illegally augmenting allowances.

Another top government official who spoke on condition of anonymity told THISDAY that “government was transiting from the old platform to the newly integrated platform to improve the payroll system because of sharp practices involved in the former.”

A statement by the Commissioner for Budget and Economic Planning/ Chairman, Steering Committee, Dr. Shehu Balarabe Kakale, also confirmed that over the years, salary figures had been at variance with data from the relevant agencies.

The statement said the state government under the leadership of Hon. Tambuwal had since inception in 2015, endeavoured to realise its vision of inculcating transparency and accountability in the wage structure, as one of the means of ensuring efficiency and optimum service delivery.

It noted that the recent Civil Servants Biometric Data Census conducted by the Office of the Head of Service and similar exercises were aimed at producing and maintaining a reliable database that would enable the government guarantee workers in its employment their entitlements as and when due.

It added that more recently, the Tambuwal administration set up a Steering Committee to oversee the Improved Strategic Salary and Internally Generated Revenue Platforms in the state.

“It is an initiative necessitated by the realisation of the need to address discrepancies in the administration of salary in the state” it said.

It however noted that “So far, remarkable successes are being recorded in terms of resolving the knotty difficulties in the state’s payroll and is set to realise substantial savings for the government”.

The statement said: “A new platform has been put in place to curtail misapplications of annual increments and allowances to ensure accurate process in salary administration.

“Furthermore, a revised payslip that comprehensively captures the salary items of each employee has been developed and will come into effect by being mailed to individual salary earners this October in order to entrench transparency in the system.”

“The current process, therefore, also requires the support of workers in the State’s payroll. Accordingly, civil servants who have issues with their salary grade levels, steps or other problems are enjoined to freely approach the Committee through personal visit to its help Desk established in the Cabinet Office, Usman Faruku Secretariat for prompt resolution. The help Desk can also be reached through the following numbers 08105475900, 08106010490 and 08144885521.

“Similarly, civil servants not covered by previous exercises will be given the opportunity to come forward and be included in the database. The ultimate long-term objective of the ongoing exercise, is the creation and sustenance of accurate data on salaries and other entitlements of civil servants, a prerequisite for efficiency and prudence in the management of scarce resources.” 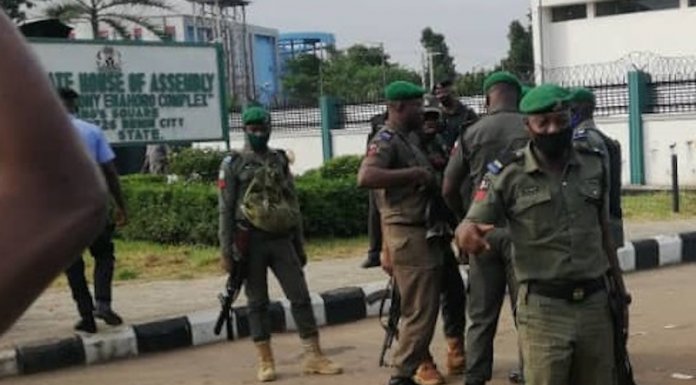