Ashow commemorating the 85th birthday of the Nobel Laureate, Professor Wole Soyinka will open on November 4 at Freedom Park, Lagos during the much-anticipated Lagos Book and Art Festival (LABAF). Titled Timeless Memories: Elastic Effects, it is an exhibition that will feature illustrative art, video installation and installation project.

This exhibition project seeks to understand and showcase from the perspective of the icon, 20 most important defining moments that led the young boy who grew up in Abeokuta to become the enigmatic global figure.

“The life of Wole Soyinka has been a subject of discourse for many years now, from his early childhood in Abeokuta, to his early days at the University College, Ibadan, the formation of the Pyrates Confraternity, his most active early days as a writer, the formation of the F. R. S. C., his days as an activist, the NADECO/Abacha days and also his life as a global citizen of the world,” said the curator, Oludamola Adebowale.

The exhibition is the grand finale of the Wole Soyinka at 85 Celebration that started in July this year, and also part of programme for the 21st edition of LABAF. The narrative around the 20 defining moments would also be captured in a short film, which is billed to be premiered at the exhibition. The short film titled, “Kongi’s Effect- Timeless Memories: Elastic Effects” would feature archival videos such as the appearance of Wole Soyinka during the aftermath of the 1965 Saga, as well as other never seen videos of the Nobel Laureate in his private home in Ijegba, Abeokuta.

This exhibition is expected to create a conscious form of dialogue and discourse on a fresh perspective around Wole Soyinka and most importantly appropriate in expanding the scope of knowledge and interaction around the man simply identified as “W. S.” or known by the moniker “Kongi”.

Born 13 July 1934, Professor Soyinka was awarded the 1986 Nobel Prize in Literature and was the first African to be honoured in that category. Born in Abeokuta, his literary works have their thematic roots in his early childhood and Yoruba world view. In 1954, he attended Government College in Ibadan and subsequently University College, Ibadan now University of Ibadan. After studying at the University of Leeds in England, he worked with the Royal Court Theatre in London. He went on to write plays that were produced in both UK and Nigeria, in theatres and on radio.

His active role in Nigeria’s political history and its struggle for independence from Great Britain has been well documented. In 1965, he seized the Western Nigeria Broadcasting Service studio and broadcast to demand for the cancellation of the Western Nigeria Regional Elections. In 1967, during the Nigerian Civil War, he was arrested by the Federal Government of General Yakubu Gowon and put in solitary confinement for two years. He was released in 1969 and left Nigeria, not to return until after a change of government in 1975.

A father and grandfather, Soyinka is a cultural icon and a wine connoisseur. He was decorated with Order and Merit of the Commander’s Rank by President Jovenel Moïse of Haiti in February 2018.
The exhibition project is proudly supported by ASIRI Magazine, CORA-LABAF, Freedom Park Lagos, and W. S. I. C. E. 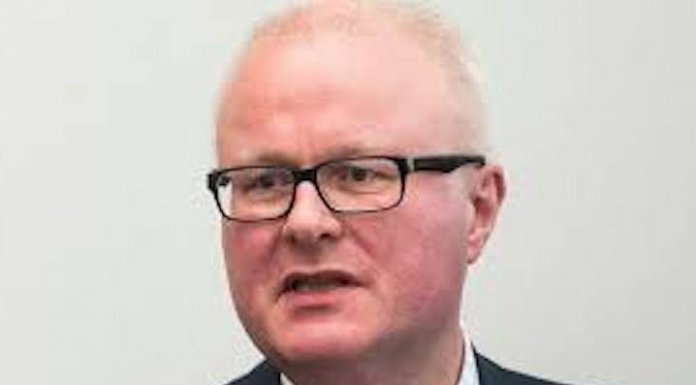 PDP Raises the Alarm over Collapse of Governance Structure