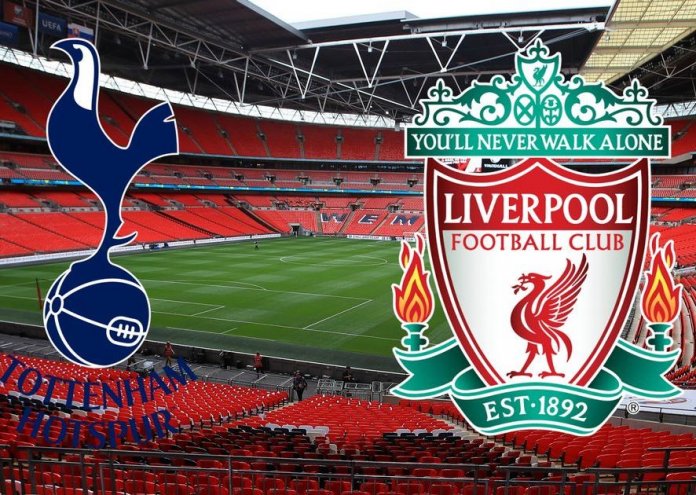 After an unimpressive performance in their recent matches culminating in a 7-2 loss to Bayern, a 3-0 loss to Aston Villa and a 1-1 home draw to strugglers, Watford, Tottenhan put their season to track on Tuesday with a comprehensive 5-0 pummelling of FK Crvena Zvezda in the Champions League to put their season on track ahead of Sunday’s battle with Liverpool at Anfield. The Reds, whose winning streak in the Premier League was halted by Manchester United last weekend will however be hoping to return to winning ways with the visit of the North Londoners

Tottenham Hotspur face possibly their toughest test of the season this weekend as Mauricio Pochettino takes his Spurs side to Anfield, to take on the only unbeaten team in England’s top four divisions.

Liverpool are six points clear at the top of the Premier League table, just under a quarter of the way through the season.

Tottenham have been in poor form, but got a much-needed morale-boosting victory in the Champions League on Tuesday night, sweeping aside Red Star Belgrade 5-0.

They will need to produce the same kind of attacking prowess, and improve considerably at the back if they are to get anything from the game on Merseyside.

In amongst a poor season by their standards, Spurs have actually picked up impressive points on the road against Manchester City and Arsenal already this season.

If they were to do similarly at Anfield on Sunday they would certainly put the cat amongst the pigeons in the title race.

There was hope that Spurs would face a Liveprool side weakened by the absence of Mohamed Salah, after the Egyptian missed the draw with Manchester United last weekend, but Salah has returned to the fold and is expected to face Spurs on Sunday.

However, there could be a huge boost for Spurs with full-back Trent Alexander-Arnold missing.

The full-back has not travelled with the Reds squad to Genk for their Champions League encounter on Wednesday night as he has a virus and that could keep him out of the game with Spurs.

Spurs manager Mauricio Pochettino responded to claims he has lost the dressing room by saying he would give his players the day off to prepare for Liverpool.

Pochettino has been under pressure since his sides’s 7-2 defeat to Bayern Munich and their poor league form lead to reports his players were no longer behind him.

However, Spurs got back to winning ways in style by thrashing Red Star Belgrade 5-0 in the Champions League last night.

Pochettino however laughed about giving his players the day off as a reward for scoring five goals before starting preparations for Liverpool on Thursday.

“I want them to all be fresh that is why tomorrow they are going to have a day off, you know to stop all the rumours!” he said.

“Of course Thursday we are going to start to train and prepare for the game on Sunday. It’s going to be a fantastic game.

“A few months ago we were playing the final against Liverpool and now in Anfield, a great atmosphere, with all the confidence to go there and try to have a very good performance again.

“Always in football you try to find reasons from nowhere but the problem was on the pitch. Our performances weren’t great and that’s all.”

The Spurs boss also said it has been difficult since his side lost out to the Reds in last season’s Champions League final.

He added: “You always try to find a way…a spark for the team to start again.

“There are things in football you cannot explain. The dynamic changed after the final of the Champions League of course it’s so difficult and complex to explain but the most important thing is to build together, not to create drama, to stay calm and to believe.

Meanwhile, Tottenham striker, Harry Kane wants the team to take the momentum from their big win over Red Star Belgrade into their match against Liverpool on Sunday.

Kane scored twice as Spurs ended a run of three games without a win by thrashing Red Star 5-0 to get their first victory in the Champions League this season.

Tottenham next face Premier League leaders Liverpool at Anfield on Sunday, with Spurs trailing Jurgen Klopp’s side by 13 points after nine matches.

“It’s exactly what we needed,” Kane said. “It was a great performance with a lot of energy, plenty of goals and a clean sheet.

“It was almost the perfect night. It can’t stop here, though, it was a game we were expected to win. We have a very tough game on Sunday and hopefully we can take this momentum into that.”

Admitting Spurs are playing catch-up as they prepare to head to Anfield, Kane added: “Of course we know in the Premier League we are far behind and have a lot of catching up to do.

“Sunday will be a tough game. They have started the season very well so we have to make sure we put in a performance similar to Tuesday.

“Any top game in any top competition there are fine margins between winning and losing and we probably haven’t had the rub of the green this season for one reason or another.

“But that is part of the game, we have to overcome that. Performances like this will definitely help but it is about the next one.”

Despite the victory, Pochettino says he still expects more from his side, following defeats to Bayern Munich and Brighton and a home draw against Watford.

In the same vein, Spurs star Erik Lamela says he is more than confident ahead Sunday’s game and has sent Liverpool a warning ahead of the encounter.

It will be the first time the two sides have met since the Champions League final in Madrid on June 1.

Lamela insisted Pochettino’s team are confident they can claim a slice of revenge at Anfield on Sunday.

The Argentine said: “We are in a very difficult period. When the results were not the best. But we won and it’s really important for our confidence. I hope we can keep improving all the way.

“Sometimes it can happen in football. The performances were not the best. But I always believed in this team.

“We have very good players and we are all together in this season again. We will try to do our best, like always. I think we are going to do well this season. The feeling is good now.”

Liverpool currently sit 13 points above the North Londoners who after a difficult start are placed seventh.

Looking ahead to the weekend’s meeting, Lamela continued: “It’s a tough game at Anfield. But I trust this team. I am more than confident on Sunday. We are going there to win the game.

“Liverpool is a very good team. We are going there to try to win the game.