You can call her Nigeria’s YouTube culinary queen and you won’t be wrong. Tall, slim, beautiful and armed with an infectious laugh, Winifred Emmanuel makes cooking an attractive proposition and is successfully helping others become adept at preparing tasty meals. An appealing food show host, her tutorials via the Zeelicious Foods channel on YouTube are fast becoming the go-to for those new to the kitchen and others who want to up their culinary game. She tells Demola Ojo how it all started; her motivation, and her recipe…

The founder of the Zeelicious Foods brand, Winfred Emmanuel, is in especially high spirits in her kitchen. A passionate food lover who works with diverse food ingredients to create meals that look good, smell good and taste good, she believes it’s her mission to help demystify the complexities of making mouth-watering meals with easy-to-follow recipes.

This led her to create and host what has become the fastest-growing Nigerian-based food show on YouTube, with subscribers and followers of about 170,000 at the last count drawn from over 30 countries across the globe. She has an impressive fan base across Instagram and Facebook too, 150,000 and 70,000 respectively.

“My recipes are countless. On YouTube, I have over 140 video tutorials, and I have another 110 meal plans I’m working on. The recipes are inexhaustible because the inspiration keeps coming,” she says in her cheery voice while whipping up another of her tasty meals in the kitchen where she films tutorials. 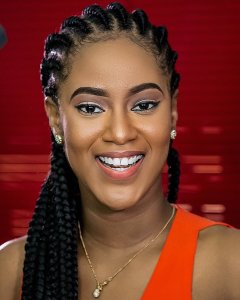 “I decided to start this for many reasons. The first was to teach people in this part of the world how to have a repertoire of recipes, so they don’t eat the same meals over again.”

She comes to life in front of the camera, her personality and good looks a great complement to her cooking skills.
“Before I came on the scene, it was a popular trend for people to go round in circles with the same meals. But then I decided to work with ingredients we have readily available to create a repertoire of recipes so that people will have a lot more alternatives to choose from.”

Another reason for Zeelicious Foods is to position Nigerian cuisine in a positive light globally.
“I decided to help rewrite the narrative and let people know that Nigerian food is really good. Whenever I travel, the one thing I miss so much is Nigerian food, and I’ve heard that from so many people as well.

“I believe Nigerian and African food should be celebrated and that’s what the Zeelicious Foods brand is all about.”

As the brand progressed in its journey, its goals and the vision expanded to include the creation of culinary-related products and services.

“There’s a digital product line where we have healthy meal plans for people who want to lose weight, gain weight, undergo a keto diet, or a detox diet. And other products currently baking in the oven,” she giggles, as she promises to unveil her closely guarded plans in due time. 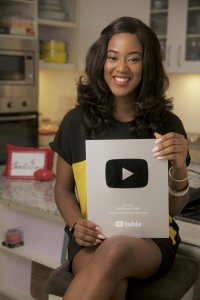 A self-taught culinary personality, the Zeelicious mastermind is a graduate of Economics from the University of Lagos where she attained “a 2nd Class Upper degree” as she emphasizes.

Her work experience spanned two years at an oil and gas company in Victoria Island, Lagos. But despite being promoted a couple of times, she didn’t see a future there.

“So I decided to focus on the vision that was calling me. That was why I quit, even though everyone close to me thought I was reckless making that decision. But I didn’t let those doubts stop me.”

She admits it was a difficult journey at first because she didn’t have a roadmap. “Before I left my job though, I had a blog where I was posting pictures of my food and recipes. So when I quit, I took it another step; I noticed that a lot of people were excited about the recipes but from the questions I got, I realized that many people are visual learners. They’ll rather watch you do it.”

This led to the YouTube channel where she shares video tutorials teaching people how to cook. It coincided with when video content creation started to garner a lot of attention so it was perfect timing.

The reward for taking that bold step surprised her. “When I started, I didn’t think it would blow up this fast. In fact, we gave ourselves a target of 5000 subscribers in a year, but beyond my wildest imagination, we got our first 50,000 subscribers in less than six months.

“For us, that was a major achievement, and we started to get the attention of major brands, and YouTube itself.”
Initially, it was challenging getting a production company to partner with her. “I didn’t want anything shabby. I wanted top-notch quality, Food Network standard.

“I reached out to about five production companies who turned me down. But because I didn’t give up, I finally found one that was willing to partner. Now, I’m getting countless requests from major players in the industry. “ 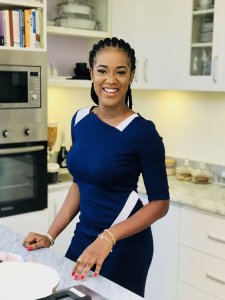 Winifred Emmanuel believes she was destined for this. “What drives me is the fact that I know I was born to do this. Everyone was sent to the world for a purpose and everyone has been blessed with a certain gift.

“Bringing mine to reality and seeing it accepted by people all around the world is one of my biggest motivations. The opportunity to be relevant, to impart my world, and to put Nigeria in a positive light inspires me,” she says with passion.

So how is it been being a food show host? “It’s been very exciting. My fear initially was how people will receive it. Will they like what I’m doing? Will they think I’m being too cheesy, or cocky or mushy? I just didn’t know how I was going to be accepted.”

Now when she goes out, she’s used to people thanking her for changing their cooking game. “I’m really thankful and excited about the future because starting this has opened up lots of opportunities for me. I see endless possibilities.” 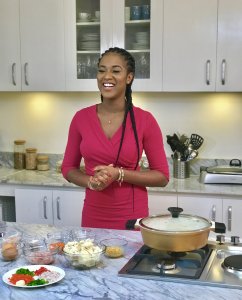 Watching the Zeelicious Foods channel on YouTube opens one’s mind to the many possibilities when it comes to cooking. This writer found it especially interesting to know that you can make a cake without an oven. And there are loads of tutorials on different things, from using natural products to clean your kitchen to loads of Nigerian food recipes.

“Some of my recipes are traditional recipes that our mothers taught us, but I create easier and faster ways without making cooking look like a daunting task,” she explains.

“Other recipes come from the inspiration I get when I go shopping. I see an ingredient and I think of how I can put them together to make something new.

“My recipes are also inspired by watching those that have food shows like myself, then putting an African twist to it. So I watch a lot of Food Network and YouTube videos from around the world and try to infuse Nigerian and African food culture.

“However, I always ensure every recipe I create can be relatable to the average Nigerian. So every ingredient I use, I make sure it is readily available in the Nigerian market.”
Goals

The availability of ingredients aligns with her goal of helping to make people’s lives in the kitchen easier through recipes, products, and services. This goal extends to kitchen designs and appliances, all to make a life for the home cook easier. 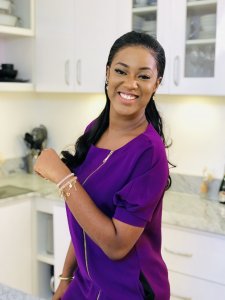 And she has been recognized by YouTube as the winner of its coveted Silver Plate button for surpassing 100,000 subscribers. All in two years. 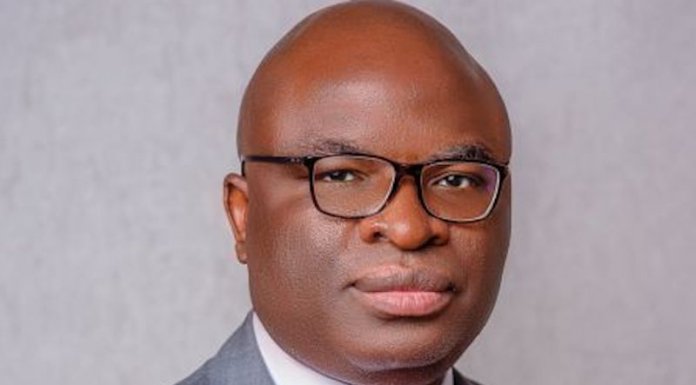