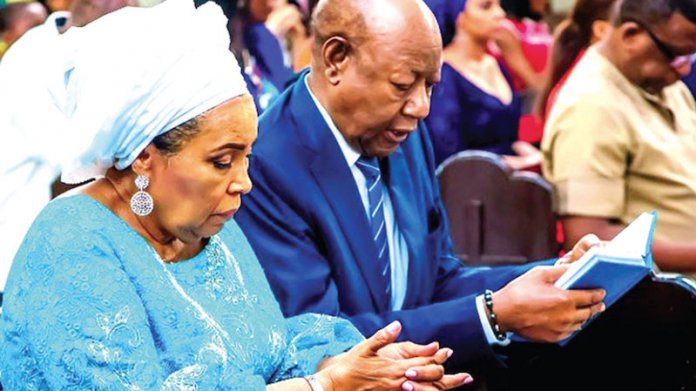 The sudden pass away of Professor Emmanuel Edozien, OFR, an accomplished development economist and boardroom super strategist, left a big vacuum to be filled in Nigeria’s academic and business space. Bamidele Famoofo and Demola Ojo write

The news of the death of the former Economic Adviser to one of Nigeria’s former President, Professor Emmanuel Edozien, most recently, no doubt came as a rude shock, not only to the academic community across the globe but to the corporate world, where he made tremendous contributions to develop the economy of Africa’s largest economy.
Edozien, one of Nigeria’s finest development economist and boardroom guru, died after a brief ailment inside his Ikoyi residence, sources close to the family revealed.

Emmanuel, 82, a sibling of the Asagba of Asaba, Obi Professor John Chike Edozien, was a man of many colours who was relevant in both the public and private service while he lived. He was a Professor of International & Development Economics and former Dean of the Faculty of Social Sciences at University of Ibadan, Chairman, Governing Council, Bells University of Technology, Otta.

He served as the Economic Adviser to Alhaji Shehu Shagari, President of Nigeria for over three years. He has consulted for the World Bank, the Rockefeller Foundation, Ford Foundation, Federal and State Government and multinational companies. He served as the Non-Executive Chairman of PZ Cussons Nigeria Plc since 2006 Until October 31, 2014. He serves as Vice Chairman and Director of AMNI International Petroleum Development Company Limited. He also served as a Director of Union Bank of Nigeria Limited. Prof Edozien was a Director of Nigerian Security Printing & Minting Company.
The Asaba-born intellectual contributed immensely to the growth and development of Nigeria’s economy by offering himself to chair many government policy panels and task forces. Besides, he consulted for international organisations, multinational companies and federal and state governments.

Celebration of Life
Just two years ago, as if he knew he was about ending his assignments on earth, the graceful man, known for his exemplary and exceptional humility, rolled out the drums, hiring a band of elite entertainers and inviting the high and mighty to a gathering for merry making. The purpose was to celebrate a milestone age of 80 with family members, business associates and friends gathered to celebrate him.
The old, but handsome and accomplished gentleman was celebrated for his accomplishment at a high-class reception at the Oriental Hotel in Victoria Island, Lagos, which had many of the who-is-who in attendance. But that came only after a thanksgiving service in the Church.

Testimonies
A statement by President Muhammadu Buhari paid tribute to the renowned economist for his contribution to the country. The statement reads; “As an academic, the President salutes Prof. Edozien’s commitment to a studious life and many years of research on issues that directly impact on lives, praying that his invaluable investments in humanity will continue to resonate,” a statement from the Presidency said.
“President Buhari prays for peaceful rest for the soul of the departed, and God’s comfort for the family,” the statement said.
Deputy President of the Senate, Ovie Omo-Agege has expressed deep loss over the passing of Prof. Edozien, whomhe described as a well accomplished Nigerian.

In a statement issued by Omo-Agege’s Special Adviser on Media and Publicity, Mr. Yomi Odunuga, the Senator noted the accomplishments of the late Professor in academics and business, adding that Delta State and the entire nation has lost one of its leading lights.
“It is with a sense of personal loss that I received the news of the passing of our great Professor Emmanuel Edozien into eternal realm. He took his exit peacefully in his home, in the manner of the great dignity that he was known for.
“In private and public life, in academics where he became a distinguished Professor of International & Development Economics and former Dean of the Faculty of Social Sciences at University of Ibadan, he was a celebrated scholar.

“In the public sector and business, he was not only a successful entrepreneur but also a major boardroom figure whose contributions helped the growth of companies and other entities that generate considerable employment in addition to impacting lives so positively.
“Indeed, his roles as Chairman, Governing Council at Bells University of Technology, Otta; Chairman, PZ Cussons Nigeria PLC; Vice Chairman, AMNI Petroleum; Director, Nigeria Security Printing and Minting Company and Chairman, Board of Trustees, PZ Cussons Foundation readily come to mind.

“Delta State has lost one of its brightest, Nigeria has lost one of its truly great men but we feel consoled by his very eminent contributions through excellent productivity and impactful growth that will continue to make significant meaning in the lives of many, including those who never met him directly,” Senator Omo-Agege noted.

Another of Edozien’s close Associate, Dr.Boniface Chizea, Managing Consultant, BIC Services Limited , described his death asa most tragic shock. “It was a sad and unexpected news. I had gone to Opus Dei today to share in their monthly recollection when the news reached me. In fact as should be expected this sad news like wild fire during harmattan has spread far. I was dumbfounded at the news and needless to observe that it marred the time I spent at the recollection as my preference could have been to just go to his residence to confirm the story. I had spoken with him recently whilst he was on his annual vacation in London to solicit his intervention on some urgent personal matter. And as should be expected he did his best to assist.”

For Chizea, Edozien was a mentor and a trusted and reliable friend. “He answered my calls whenever I called him and whenever he missed my call he returned it. Unfortunately knowing the usually drudgery of Lagos life I was not able to be as physically close as I could have wished.”

Edozien was a generous man according to Chizea, “When I was recently appointed the Vice Chairman Lagos of Falcon Club Asaba; the premier Asaba Social Club and himself and all the Chiefs from Asaba living on the Island gave me the privilege of their presence at the inaugural meeting I hosted, I was not unaware of the contribution he made to underwrite such robust and unprecedented attendance. I was very confident that with his support that the success of the plans we had for the club was assured. But alas now this development!”
“We cannot question God. He always knows best. Prof was a genteel, amiable, humble, friendly, approachable and God fearing man who shared the Catholic faith. A veritable good man has departed. An Iroko has fallen,” he lamented.
“We pray that God would reward him for his goodness as he admits him into His bosom in heaven. We pray for consolation for his immediate family on this great loss and for strength to bear the loss pertaining thereto,” Chizea prayed. 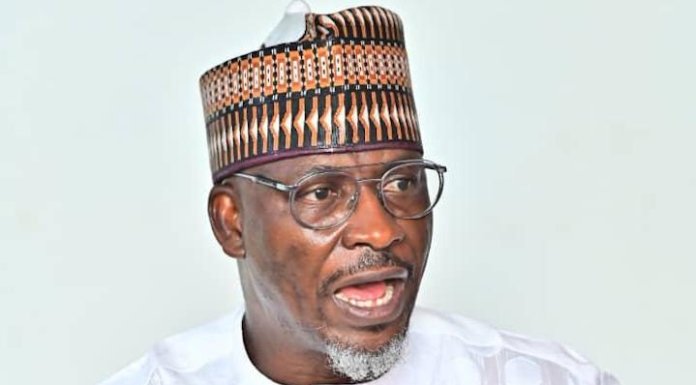